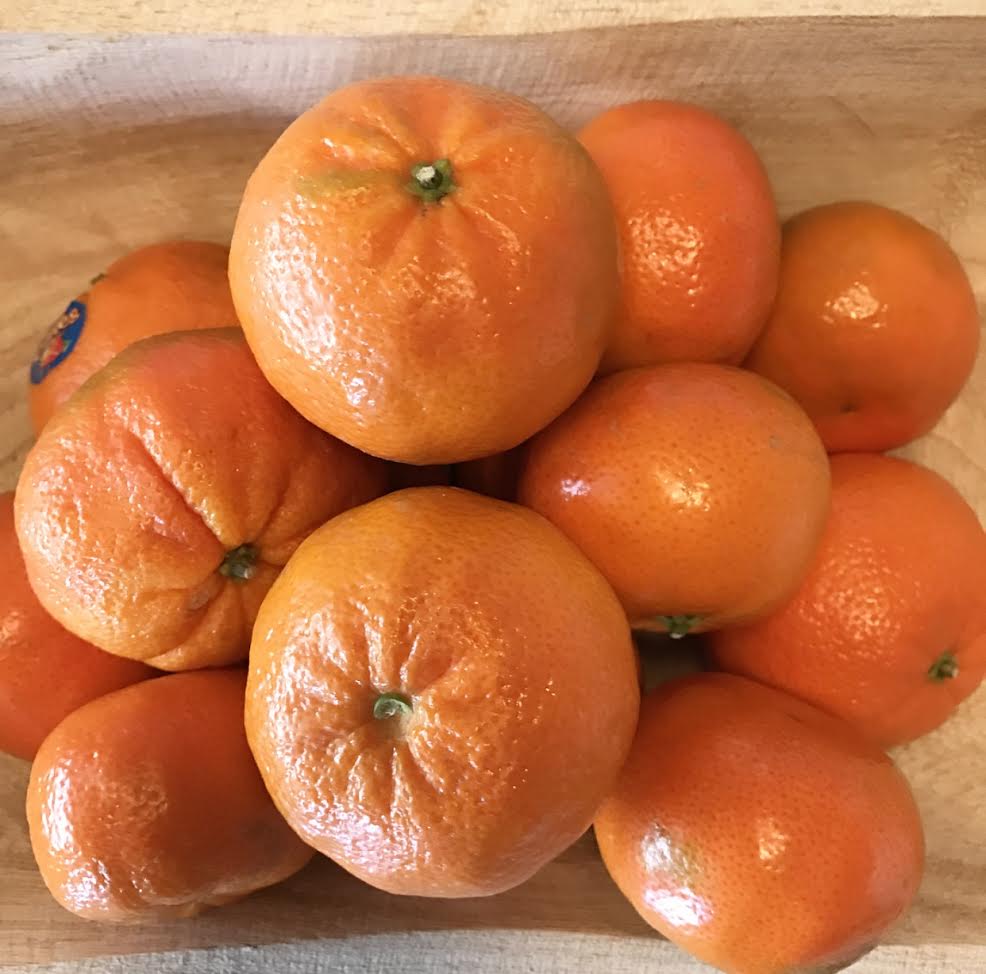 i haven’t been on here much lately and i have lots to say (trust me, i have at least six posts written and ready to hit publish already) but i needed to get this one out of the way and not just ignore my big goal of successfully doing whole30 this month. i talked about it enough with y’all and i like to stay as transparent as i can with you. truth is, whole30 is not working for me. i thought for sure this second time around i would be hugely successful with it. but when i looked hard at what my issues were with it, it came down to one thing.

sugar. for those who don’t know, here’s the breakdown of the whole30 plan.

four of those five things, i hadn’t touched in weeks. as much of a cheese lover as i am, i wasn’t having an issue with no dairy (which surprised me to say the least). no grains and legumes was fine too. even no alcohol was perfectly fine. i don’t drink very often anyway so this was not hard to cut out for me.

the real issue was the sugar. i have always had the biggest sweet tooth. soda, candy, cookies, they just do it for me. for this round of whole30 i meal planned to the enth degree because i knew that planning would help me. i already knew all the things that i should have done in january and was going to implement them now. the meal planning, the prepping, the right mind set, etc.

it wasn’t even during the day that i had sugar cravings. i mean sure, i would see it in the pantry once in a while but i never felt the urge to grab it. it was at night, after the girls went to bed that i would sit down with a book and feel the urge to grab all the sugar. on top of that, it was addison’s birthday on the 5th and we threw a party for her with some of the best cake i’ve ever tried (and i’m not even much of a cake person!). i couldn’t take it one night and andrew was gone on a nine day trip so i literally thought to myself who i going to find out? and i brought in the cake (still in the box) and took a fork to it.

and i plowed through it. i swear nothing was coming in between me and that cake.

those eight or so days that i didn’t have sugar, i can honestly say i felt like a crack addict coming off of it. you laugh, and when my sister-in-law said that to me, i laughed but that’s EXACTLY how i felt. i was miserable, i was cranky, it was ridiculous. i never knew sugar and sweets had as much of an effect on me until i cut them out.

since the second week, i have had too much sugar to continue on with whole30. i know i would only be doing myself a disservice. which actually makes me really mad at myself because outside of the sugar, i haven’t touched anything from the other four categories.

so for now, i’m going to put whole30 aside. the program has opened my eyes and shows me what i need to eliminate from my diet. so i’m slowly going to introduce dairy and legumes and grains back in (i’m going to leave the alcohol out for now since that’s just unneeded calories) but as of tomorrow, i am going to start with my no sugar diet.

no desserts at a restaurant for our anniversary.

no sugar in my coffee.

birthdays are done for the month. valentine’s day sweets are out of our house already. there hopefully is no reason why i can’t go without. and now at night, it should be easier to snack; crackers and cheese, raw veggies and hummus, pretzels, etc.

i’d like to try whole30 again in a few months. i think it’s a great way to cleanse my whole self and there were some wonderful recipes that i’m going to keep in my rotation because i truly enjoyed them. 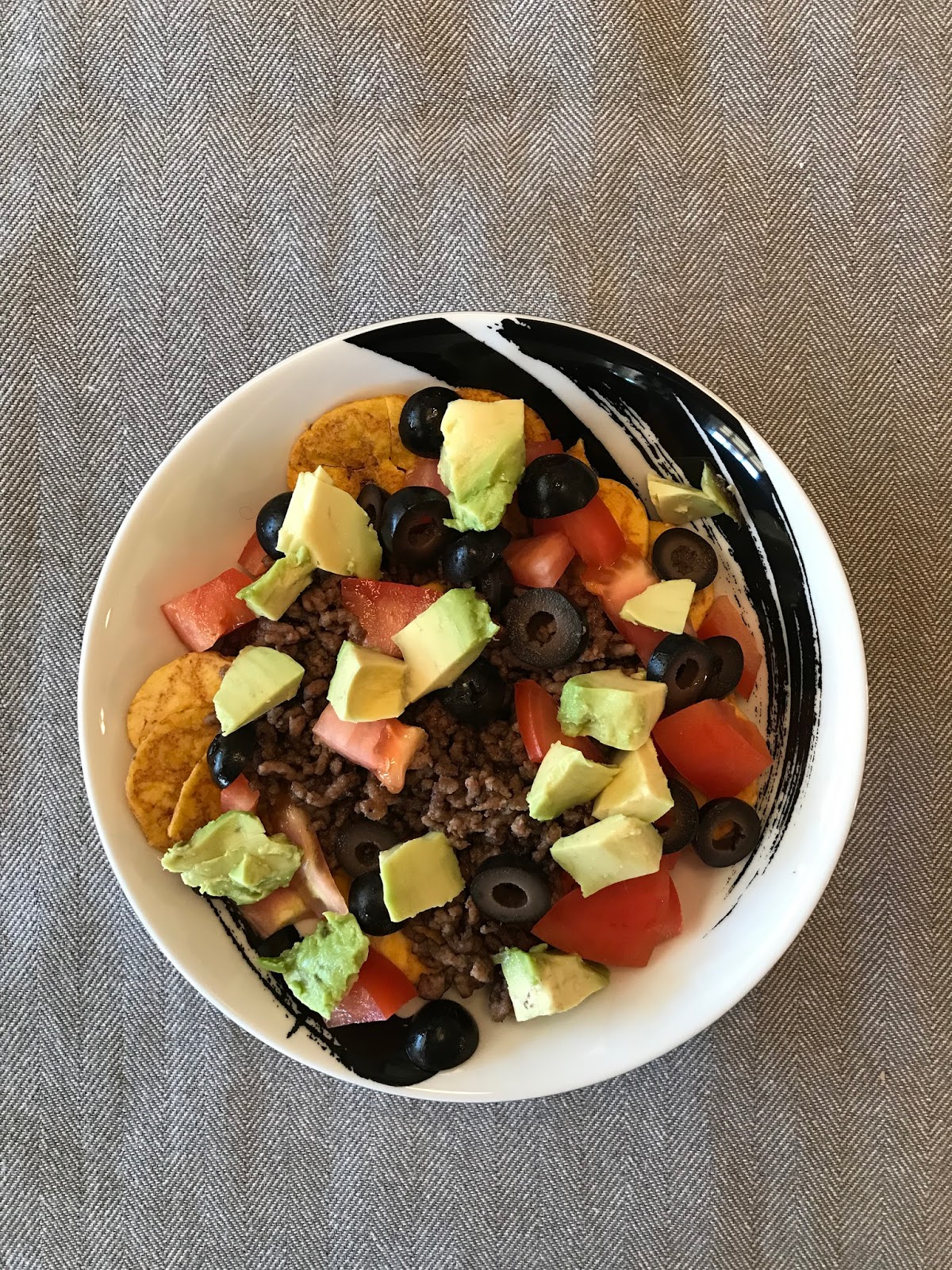 one of them includes these plantain chip nachos. i say “recipe” but there really isn’t much of a recipe to this and you can change it up any way you want. the base of the nachos are plantain chips rather than tortilla chips. i just cooked some ground beef and put it on top but you can use ground chicken or pulled chicken or pork. then just add your favorite toppings. i like tomatoes, black olives, lettuce, salsa, and avocado on mine with a little cilantro. you can also add jalapeno, lime juice, or any other veggie that you would normally put on your nachos.

this is one of those “recipes” that i still plan on eating regularly. it really is so healthy and it has so much flavor that i enjoyed it quite often.

i hope if you try doing whole30 that you are wildly successful. i think it has a lot to do with the right mind set and willpower but if you can do it, i personally know people who it has changed their life. though i couldn’t do it right now, that doesn’t mean i have failed. it simply means, it’s not the right time and i need to focus on cutting something else out specifically before i cut all five categoies out completely.