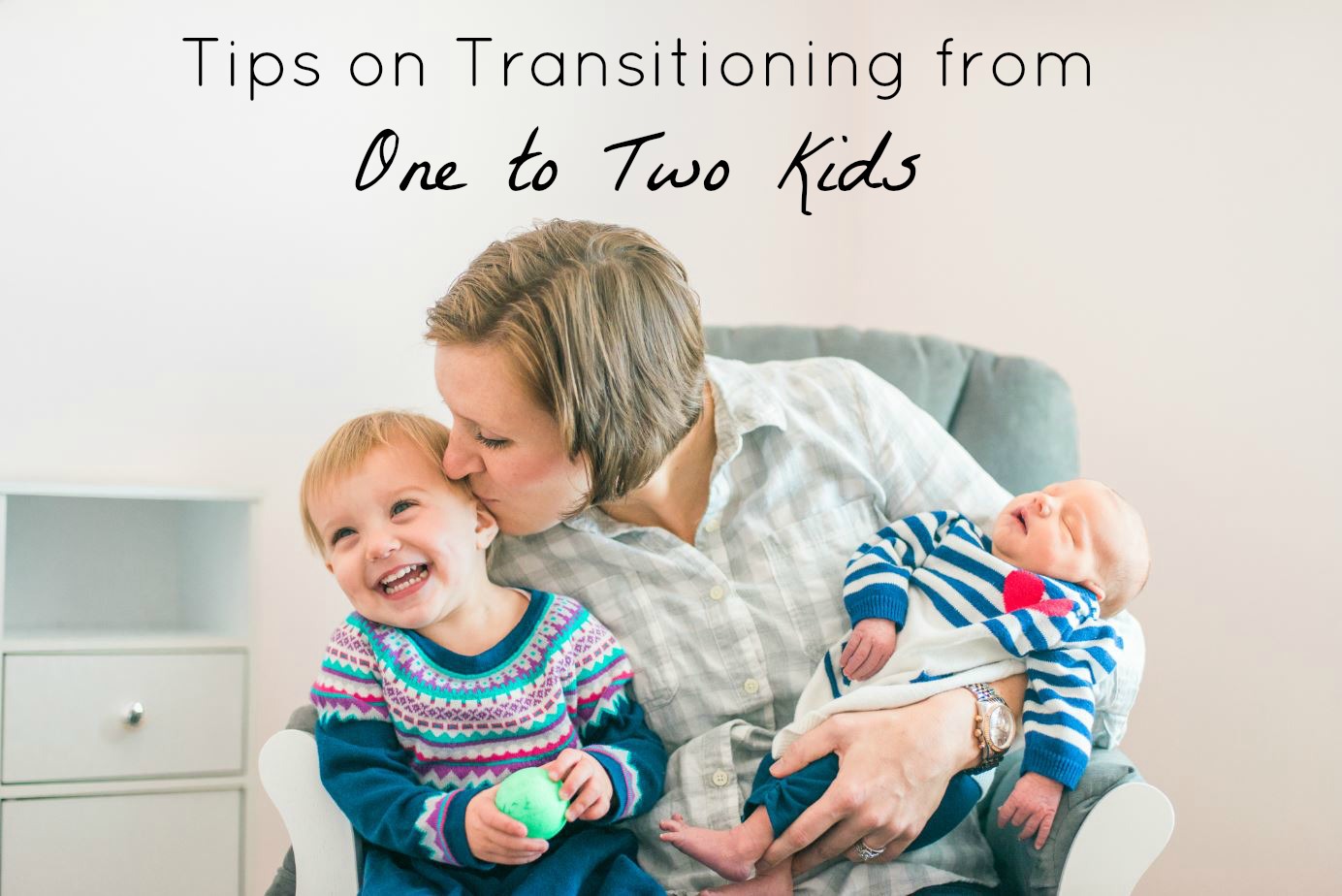 the shift from having one baby in the house to two babies is huge. in every aspect does it change your whole parenting game. before i had amelia, i heard so many friends say it was the hardest transition they’ve ever dealt with.

while it was hard for me, i think i had hyped myself up so much that i was anticipating the absolute worst and (thankfully) that wasn’t the case. again, this is simply my experience and everyone has different experiences when it comes to bringing another life into the home.

my husband was not in a job where he could take a lot of time off when amelia was born like he was able to do with addison, but luckily when she was born, he was able to take some time off being that it was during the holidays anyway. we also had a lot of family come down to help and visit that first month. i’m grateful for those who did help because those first few weeks were a lot to manage and wrap my head around.

once amelia was four weeks old though, most of our company had left and andrew was back to work full time in a job that had him traveling 100 percent of the time. so basically i knew i had to figure out a way to keep myself and the girls from drowning.

here’s some things that worked for me in those first few months while i was getting used to having two babies in our house.

crafts and activities for your toddler. babies sleep a LOT in those first few months. so yes, you might have two kids under your roof but only one reallllly needs to be entertained right now. on sundays i would plan out things for addison to do. this does NOT need to be in depth. i would just jot down fun things we could do while amelia slept (this helped because when we did have down time, i usually couldn’t think of anything to do so i would turn to this list). paint, color, read new books, play with legos, teach her patty cake, listen to songs she’d enjoy, fingerpaint, sensory activities. just things that kept her attention so we didn’t resort to turning on the tv all the time. 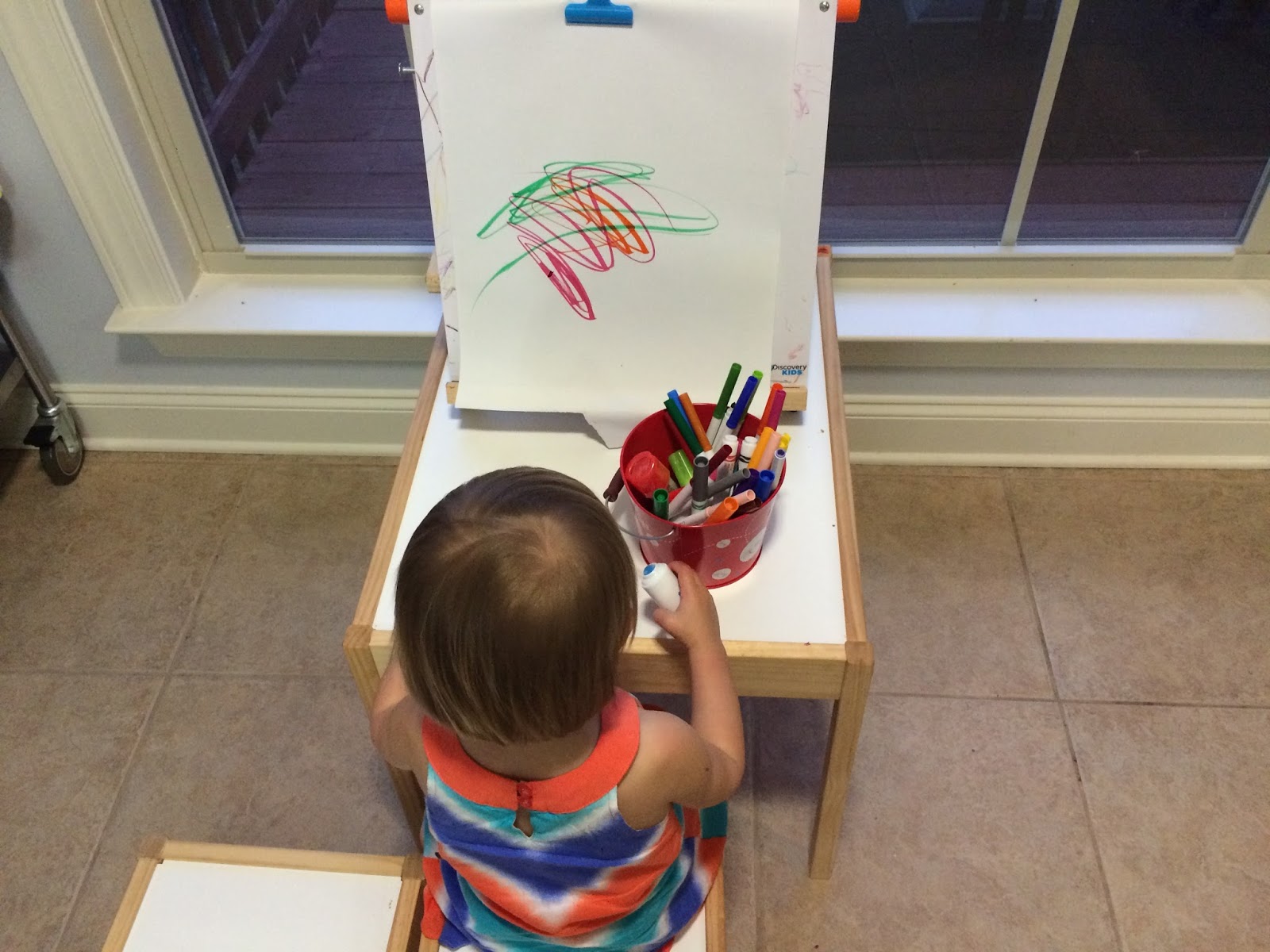 baby wearing. i hardly ever wore addison when she was a baby because i didn’t have to. i would always just hold her or tend to her immediately because i was right there and didn’t have anything else (typically) that needed my immediate attention. not the case when you have a newborn and a toddler. baby wearing saved me so much because amelia LOVED to be held or be close to my chest and addison also was constantly in need of attention because she wasn’t even two yet. in the real early months up until she was nine or ten months, i used the solly baby wrap and it was WONDERFUL. it was easy to maneuver once i tried it a few times and i would use this constantly, whether we were just in the house or doing a school drop off or even if amelia and i were just running a quick errand without addison. 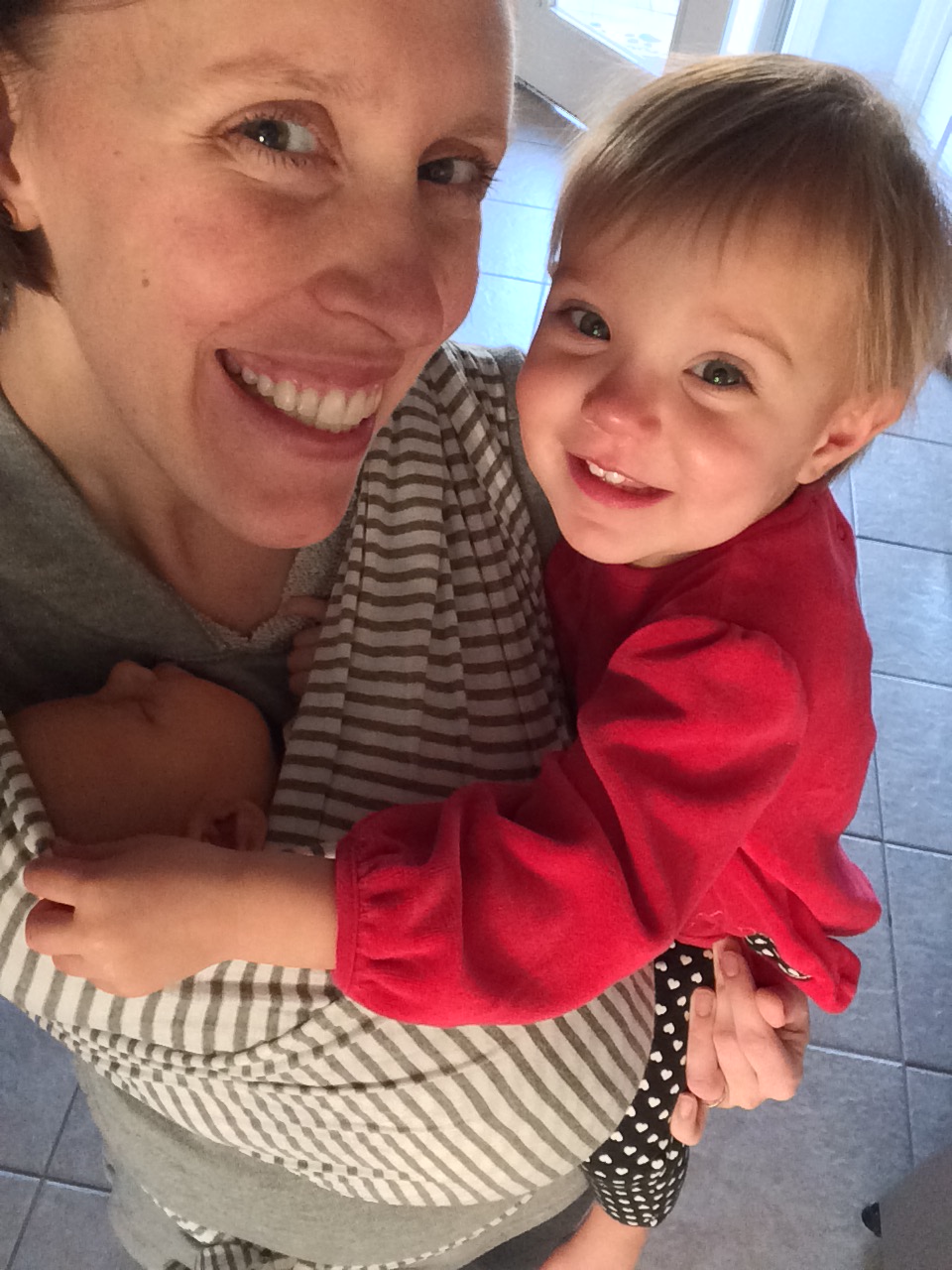 school for my toddler. i use “school” loosely but i signed her up for a mother’s day out program at a local church twice a week for four hours a day. she loved it it there; they did crafts with her and she got to play with so many kids and really get socialized while i was able to have a bit of quiet time at home to get the house cleaned, chores done, errands ran, a little time to bond with amelia, etc.

get out of the house. on days when we didn’t have plans, we still made sure to get out of the house. yes. those first few times of juggling two kids in public were DAUNTING and i had to give myself a lot of pep talks but it got better. and people really are so friendly and helpful especially when they see you with two little ones. even if we didn’t have a specific thing to do, we’d roam the aisles of target, go to the library, take a walk. go wherever. just getting fresh air and a new atmosphere will shift everybody’s mood.

let your toddler help you. this was addison’s favorite. every time i would have to change amelia’s diaper, it was addison’s job to get a diaper and two wipes from the drawer. she loved being able to help and the small act made her feel so involved with the baby. usually after diaper change, addison would ask to hold amelia so she would hop in the rocker and amelia would sit next to her and they would gently rock. i’ll never forget how addison would look at her little sister, like she was the proudest sister ever. 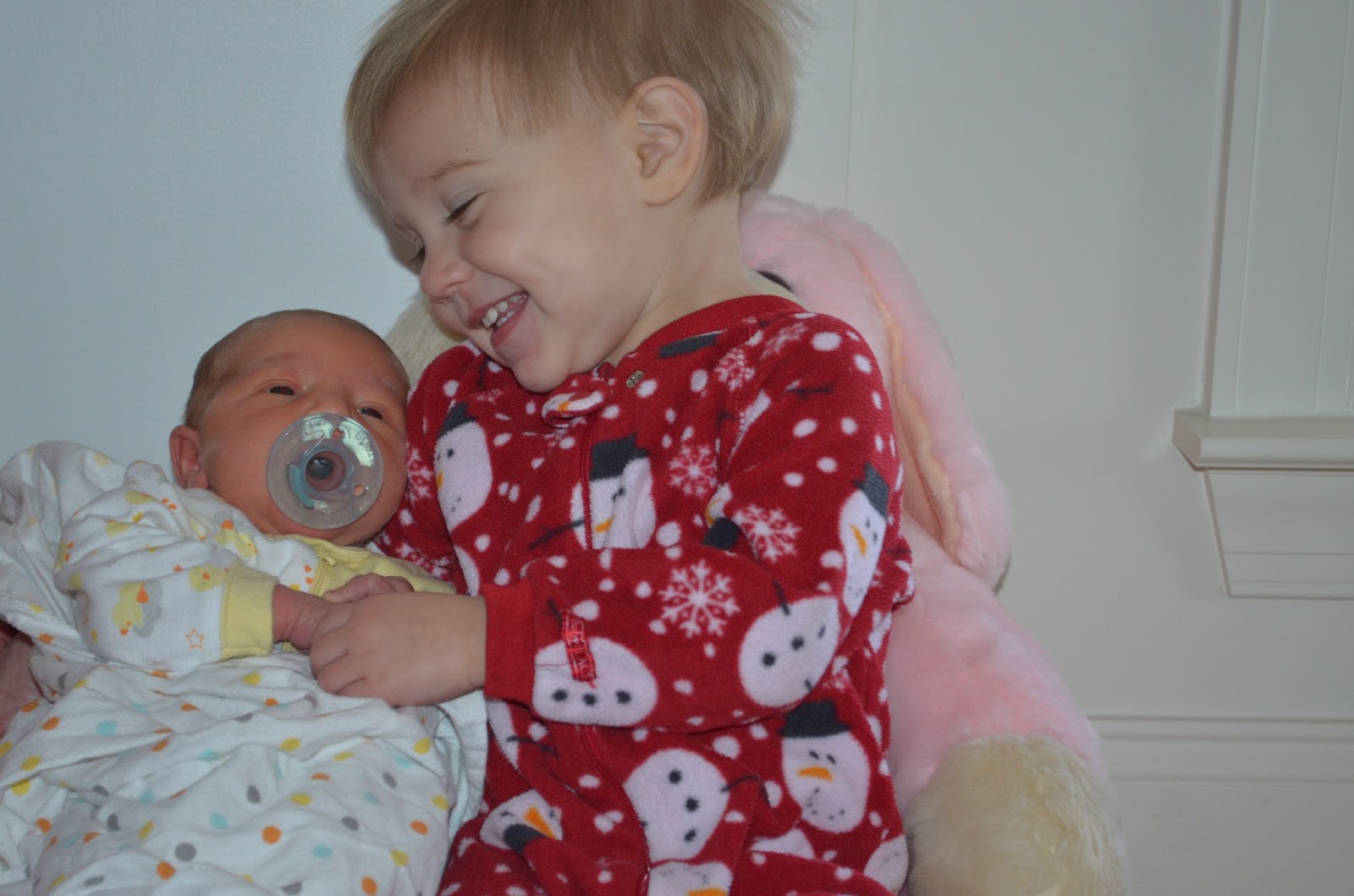 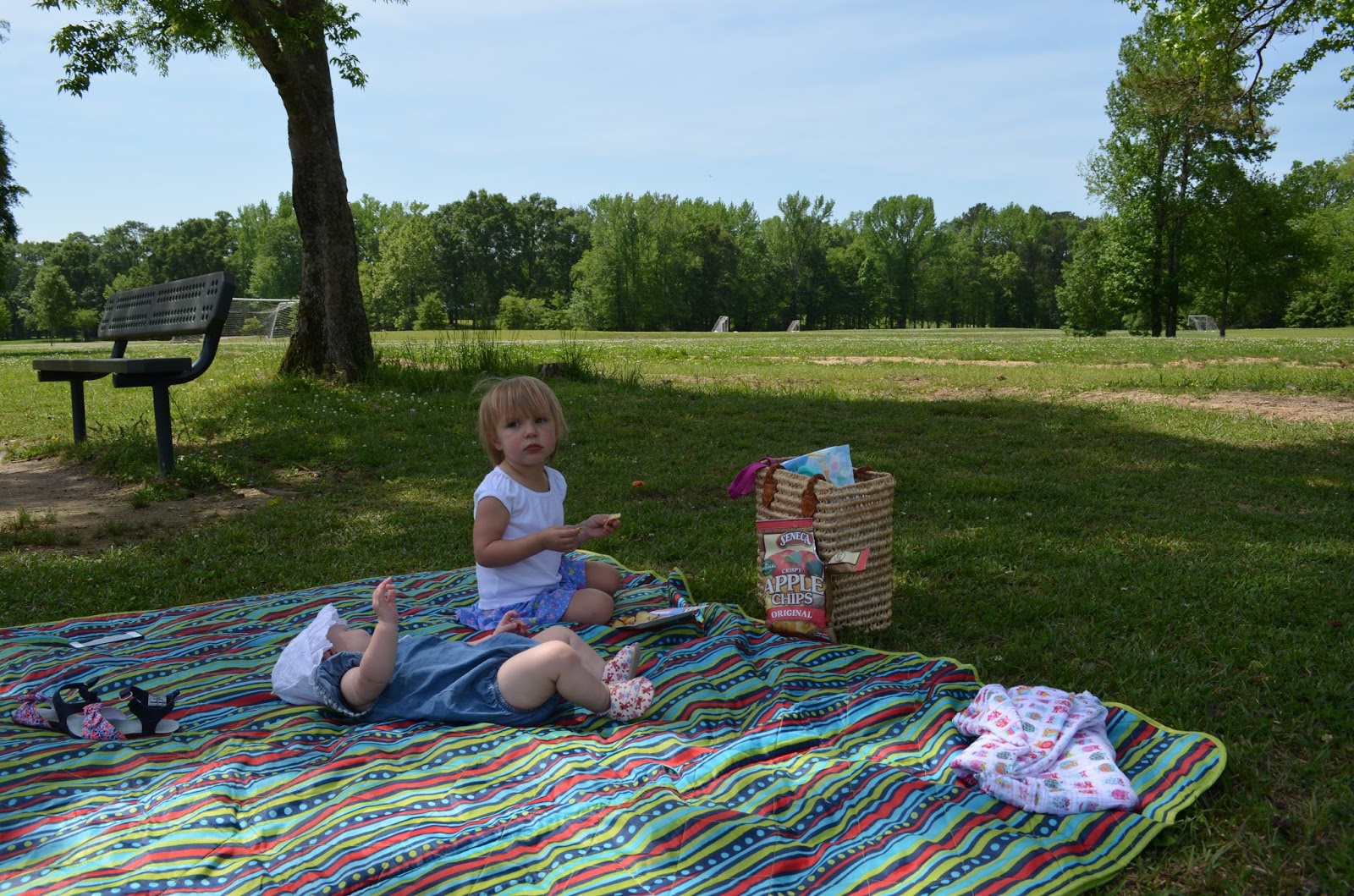 give yourself grace. those first few months, my to-do list consisted of 1) getting into normal clothes and putting a little make-up on, 2) reminding myself that everything is just a season, and 3) eating and drinking. that’s it. i wouldn’t beat myself up over the house being a total disaster or the laundry sitting in the washer or dryer STILL, or eating pancakes or cereal for dinner. you’re not going to be able to do everything at once and that’s okay. DO NOT beat yourself up about it. it takes a while to find a groove.

take care of yourself. there were days when both addison and amelia would take a nap and i would sit on the couch and read a book or watch a mindless television show (which usually resulted in falling asleep). the kitchen would be a mess and there would be toys strewn all over the place but i knew if i worried about those all the time, i would burn myself out. this goes along with give yourself grace; just make sure you’re not burning yourself out. those toys aren’t going anywhere so why rush to pick them up when you could rest your feet and mind and hands for five minutes?

hopefully these tips help a few of you out there! what other things helped you when you transitioned to more than one?