I’ve been wanting to post this for a while but I wasn’t sure how politically correct it was since it’s just a little biased.  Now that I have less than two weeks to go, I no longer care how stretched out my shirts are, what people say about my wearing the same leggings every single day, or the words that come out of my mouth. Why couldn’t I have had this attitude all along?  It feels so good to just not care (minus the clothing thing…I really miss wearing my pre-baby belly clothes).  So I decided to come up with a list of things that I miss about not being pregnant.  Feel free to chime in if you missed anything else when you were pregnant.

Also, I should mention that this post was inspired by one of my friends who sent me this picture on Facebook.  I really do need a shirt exactly like this one! 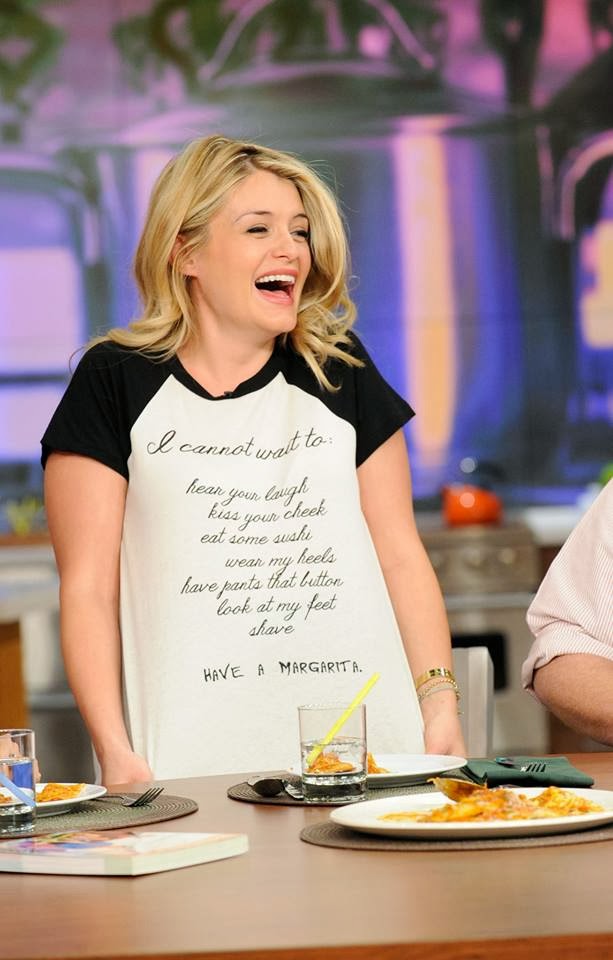 Sushi – There seriously better be a platter of sushi waiting for me once I pop out this child!

Coca cola – A big fat one.  Earlier in my pregnancy, every time I heard Andrew pop a can, I came running down the steps hoping for a just a sip.  I now just have an 8 ounce can once in a blue moon myself because…well, I like to think it toughens up this little munchkin.

Rollercoasters – My girlfriend and I have talked about going to Great America for the last four years.  We finally had a date set and a week before we were going to go, I found out I was pregnant.  The doctor told me I could go and walk the park if I wanted to.  That biz ain’t ever going to be okay.

Boats – My doctor was strict on three things.  No alcohol, no smoking, and no boats.  So there haven’t been any boats since June.  Going to Florida was not easy without getting to sail away for a bit.

Belts – Because it doesn’t make sense to wear a belt when I’m squeezing into my jeans anyways.

Getting out of bed without having to roll out – You laugh but I’m not finding humor in it anymore.

Sleeping on my stomach – It’s the only way I knew how to sleep pre-pregnancy so this one took a LOT of getting used to.

Advil cold and sinus medicine – Like when I was sicker than a dog and the only thing prescribed to me was lots of rest and fluids.  I was close to punching someone if I heard that one more time.

Wine whenever I feel like it and as much as I want – I’m a wine advocate through and through.  Books club has been hard.  It’s so much fun to watch all my girlfriends talking about how “this wine is so good” “oh I’ll finish that bottle”.  Ladies – I hope you’re all reading this and I wish pregnancies on all of you in the upcoming months so I can throw my wine (whine??) in yo faces!

Working out – I know I could have worked out while I am pregnant.  The minute I found out I was though, I stopped.  I mean why wouldn’t I?  It’s pretty much a “get out of jail free” card.  I don’t even like to work out when I’m not pregnant so this was perfect but now that I’ve gained quite a bit of weight, I’m ready to get active again.  Or at least take the dog for a walk.

Sit ups – I don’t  think I even have abs anymore.  They’ve completely disappeared.

Running – I’ve never even liked running before and I still want to do it.

Climbing a flight of stairs without feeling like the wind got knocked out of me – Last week I thought I would forgo the elevator and take the stairs to a meeting.  From the first floor to the six floor.  By the third floor, I had to sit down and chug my water bottle and by the sixth floor I was about ready to have someone take me out on a stretcher.  Moral of the story: elevators are your friend.  Even when you aren’t pregnant.

Jack not being mad at me – For the last two months or so, Jack has wanted nothing to do with me.  He hangs out with Andrew, doesn’t even greet me at the door and only comes if I bribe him with ice-cream in which he gives me a high five, eats his ice-cream and then disappears into another room.  I want my dog back dang it. 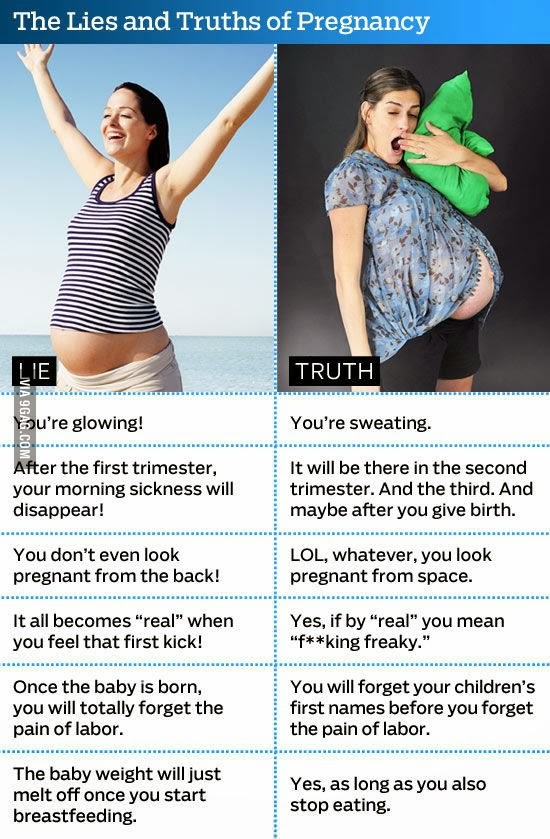 This cracked me up…I just had to share it.

Don’t get me wrong; I can’t wait to see our baby and look at his or her eyes and kiss the fat little cheeks this baby is bound to have.  But really child?  You can come any day if you’d like.  We are ready (ish).