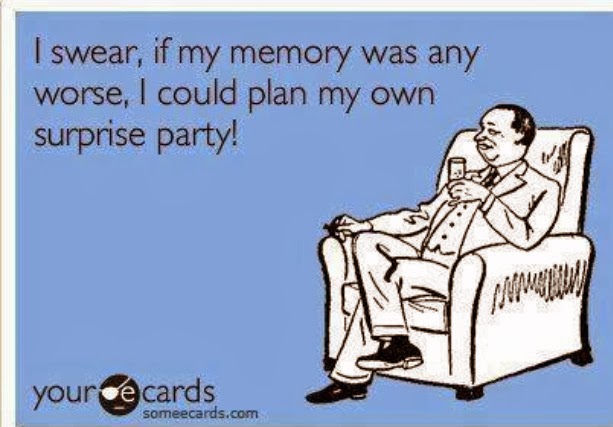 Oh the good ole pregnancy brain.  Total myth right?  Yeah…not even close.  I always thought that it was the easy way out for women to take when something dumb was said or they forgot the most basic thing.  Now that I’m into my third trimester, I have to say pregnancy brain is as real as it gets people.  I forget things all the time and say the stupidest stuff without even realizing it.

One particular scenario sticks out in my mind from this summer.  I’ve been contemplating sharing it on here but I feel like if I don’t share it, I’m going to forget about it and it’s just too good to be forgotten.  Plus the baby is going to hopefully read back someday and realize what he or she did to their mama!

Earlier this summer, Andrew and I were at a friends house.  We went inside to see their new place since they just moved into it and then we were all headed to go out to dinner.  They were going to drive so I went to our vehicle to make sure all the doors were locked.  They were but the windows were wide open and I was afraid it would rain.  I yelled to Andrew that he left the windows open.  We don’t have power windows so I reached my hand into the window and tried to close it but knew I wouldn’t get it all the way up.  The rest of the conversation goes as follows:

Right as he said this I realized my entire arm was inside the car and I could make this a lot easier on myself and just open the lock.

If that’s not pregnancy brain, I don’t know what is.