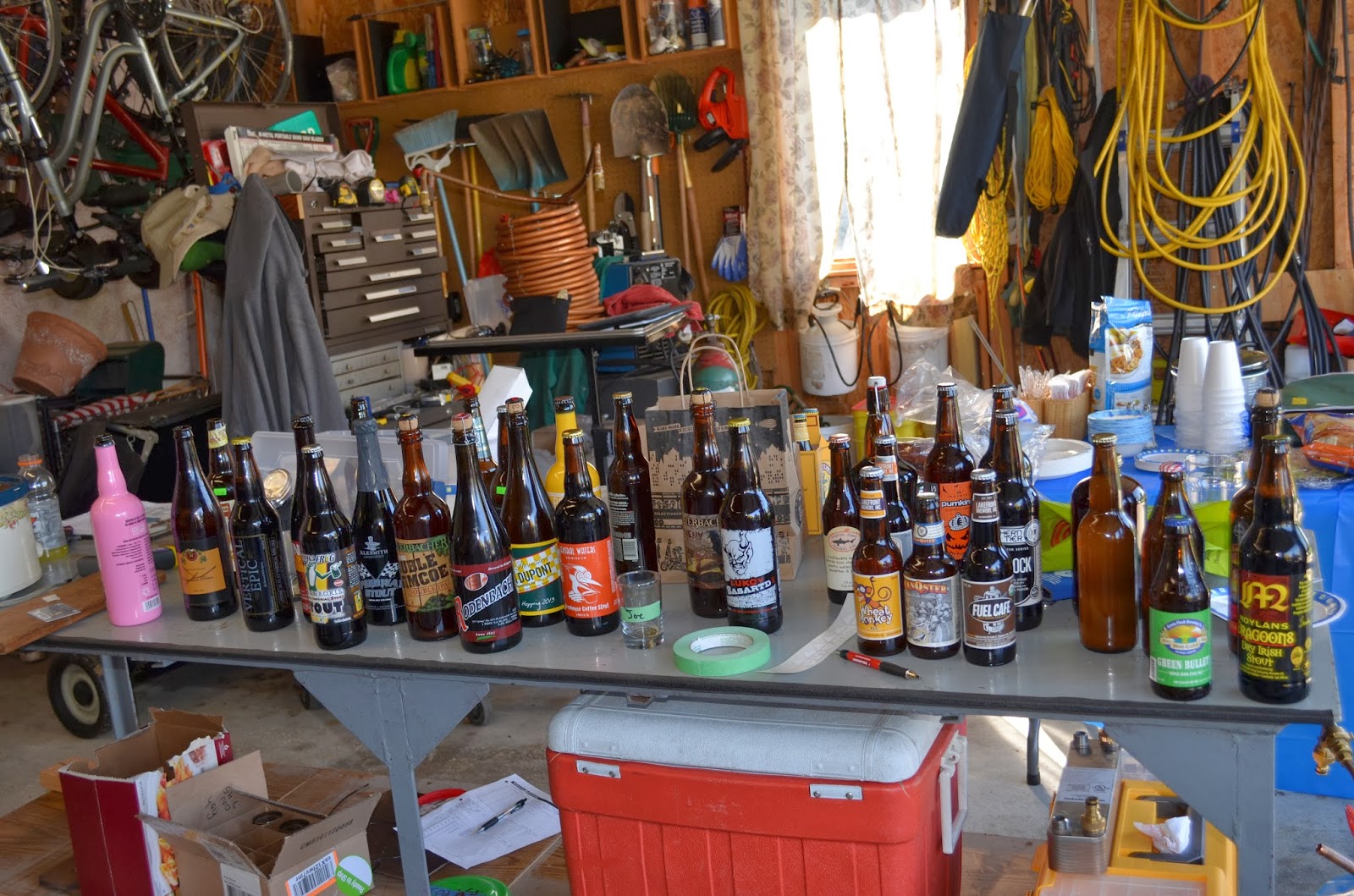 As a true Wisconsinite, I am a beer lover.  I haven’t always been but college does that to a girl.  Granted Miller Lite and Milwaukee’s Best are not something to brag about.  A few years back, Andrew and I moved in together and sooner than I could blink, we were practically investing stock in Northern Brewery.  “Lucky” for us, we live a whopping 2 miles away from the lovely store and he had reached the point where he was helping customers because he was in the store so often.

Needless to say, beer making has become a part of my life for the better part of three years and not just with my husband.  Andrew’s dad was the one who got him into brewing and now my dad has jumped on the bandwagon as well.  None-the-less we haven’t bought beer for the house or entertaining for three years now and there is always something different on tap.  I guess there is something to say about this beer making process.  Crave Leinenkugels Summer Shandy in the summer?  Me too and luckily it’s always on tap at our house.  A little apple ale in the fall?  No prob, it’s a regular in our household.

I never realized that this was such a hobby for people until my father-in-law had people from his beer brewing club over to his house one afternoon for a Saturday of nothing but making some delicious beer.  Ten guys there and eight of them were brewing beer which ended up being a total of 40 gallons of beer.  Count me in!  Their group is called Beer Barrons of Milwaukee and they are pretty close to our local brew masters.  I like to believe they are at least.

I couldn’t help but invite myself over when I heard about this festivity.  I typically don’t help Andrew with any part of brewing unless it’s the drinking part (and even that’s cut out until next year now) but it was incredible to see the dedication and commitment these men had to this work of art.  I thought it would be fun to give you a little insight into what all is involved when it comes to making that frothy beverage in your hands. 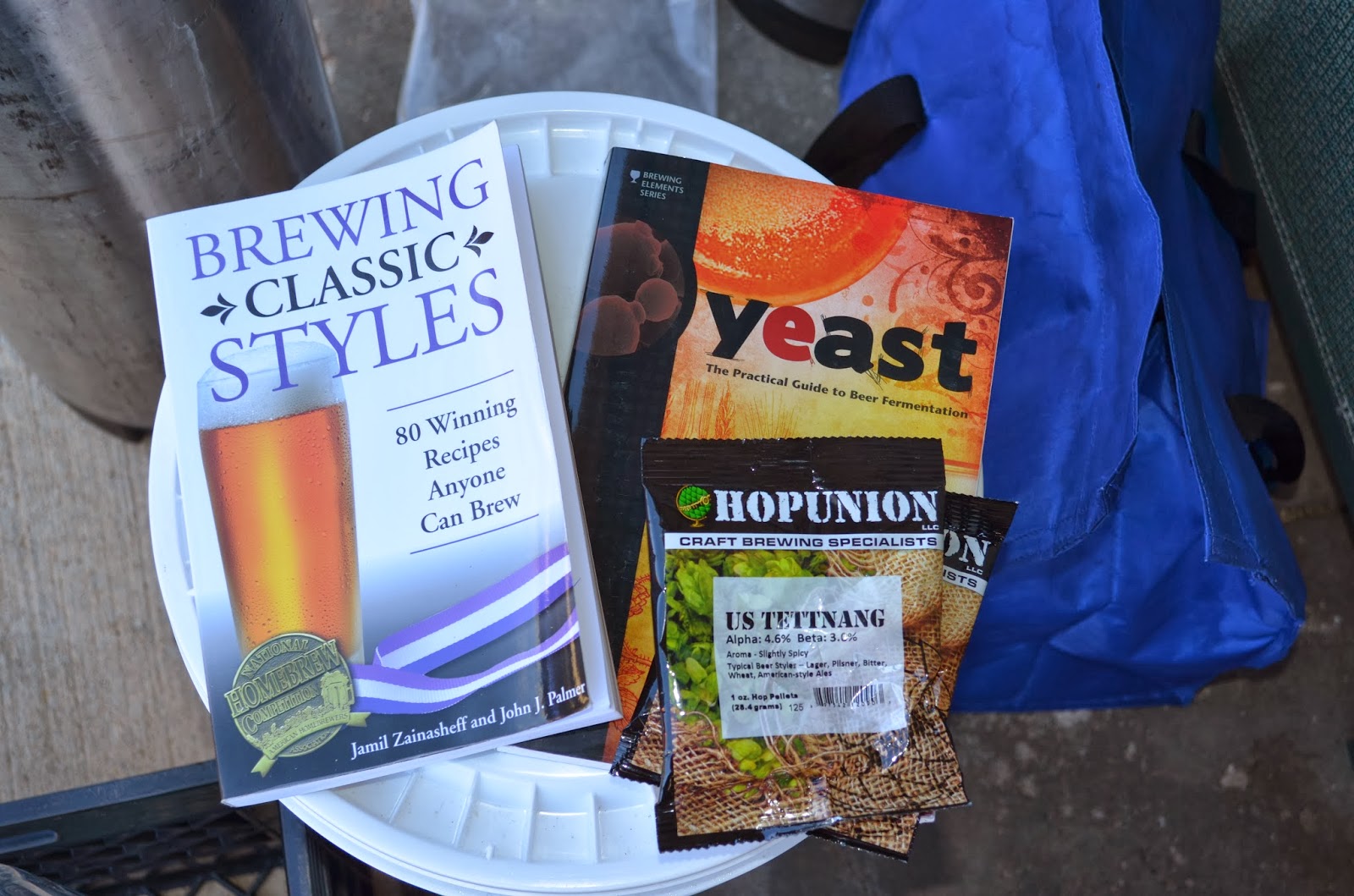 A few things that need to be bought prior to making beer: 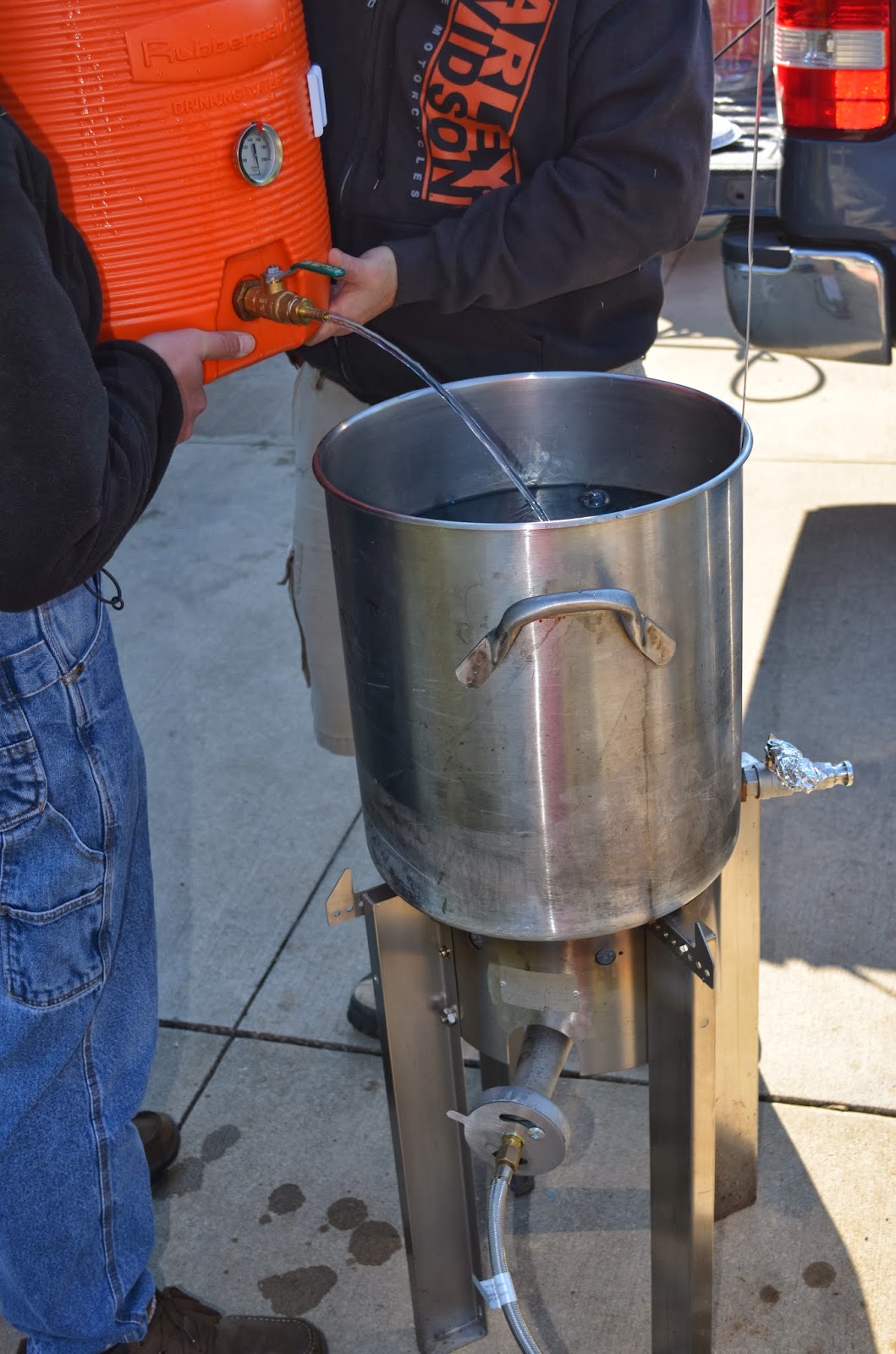 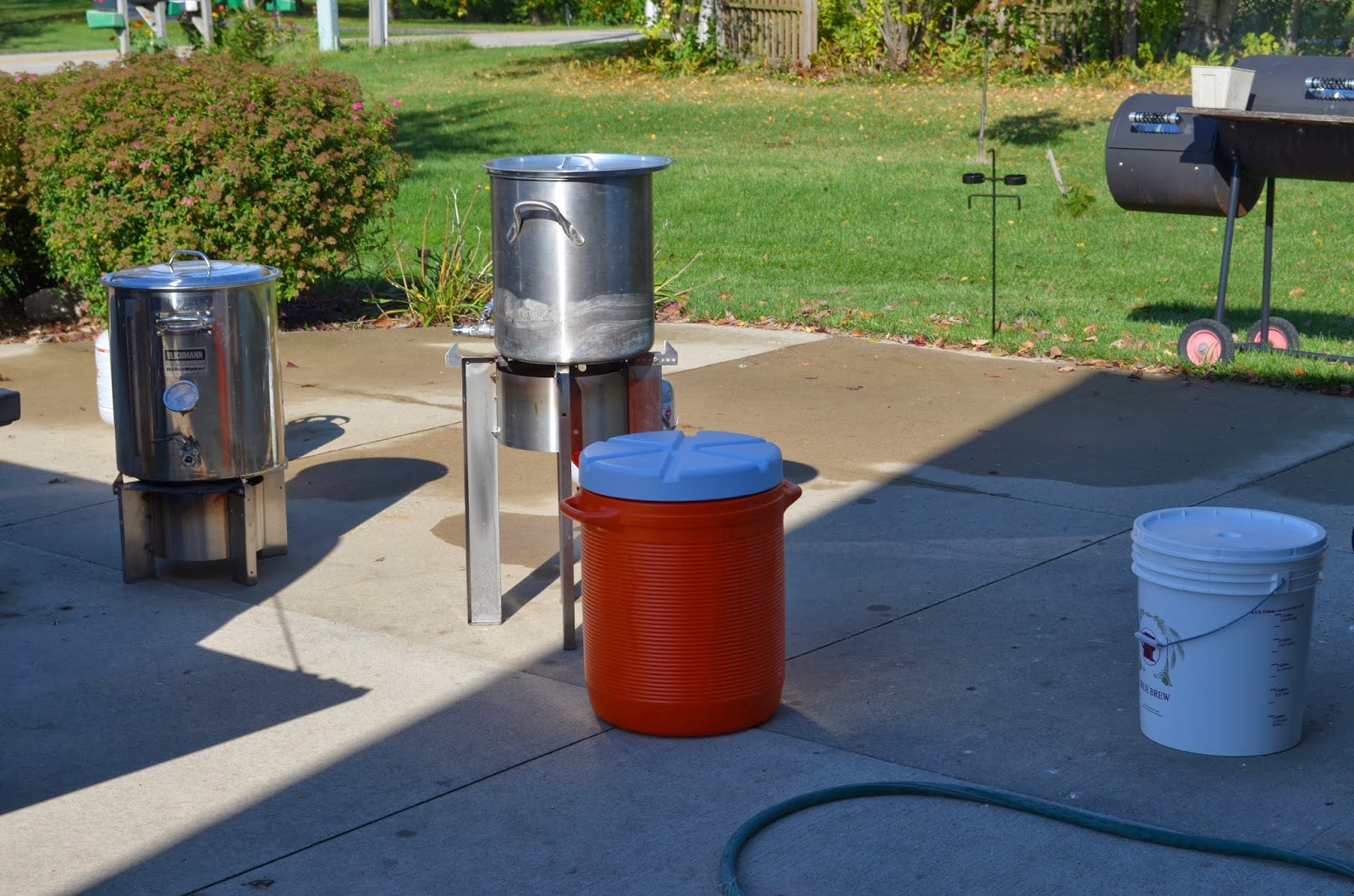 In order to start the beer making process, ten gallons need to heat about 175 degree temperature (although this is typically determined by the recipe so it could be different). 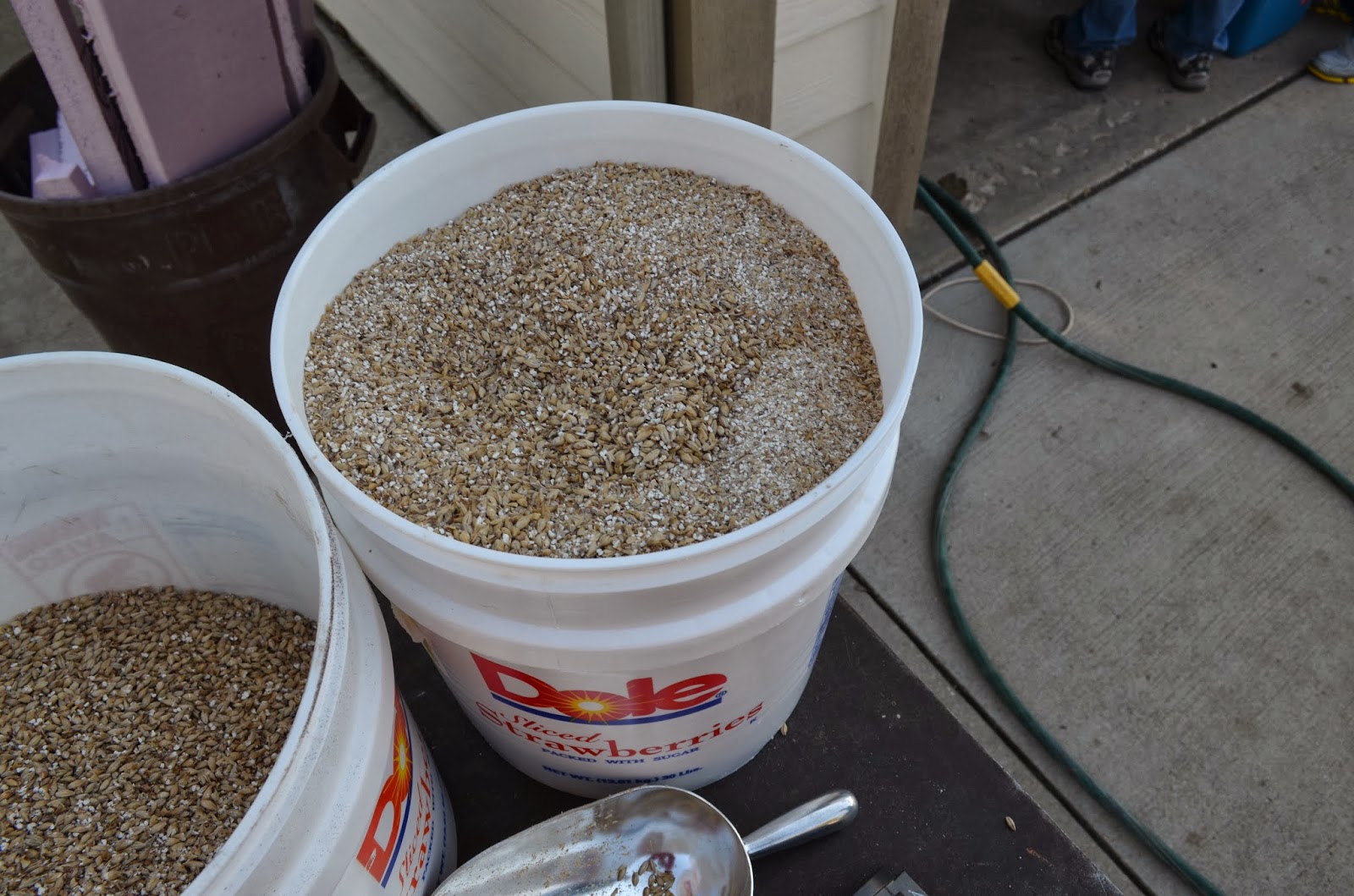 (This is what the grain looks like before it gets dumped in.) 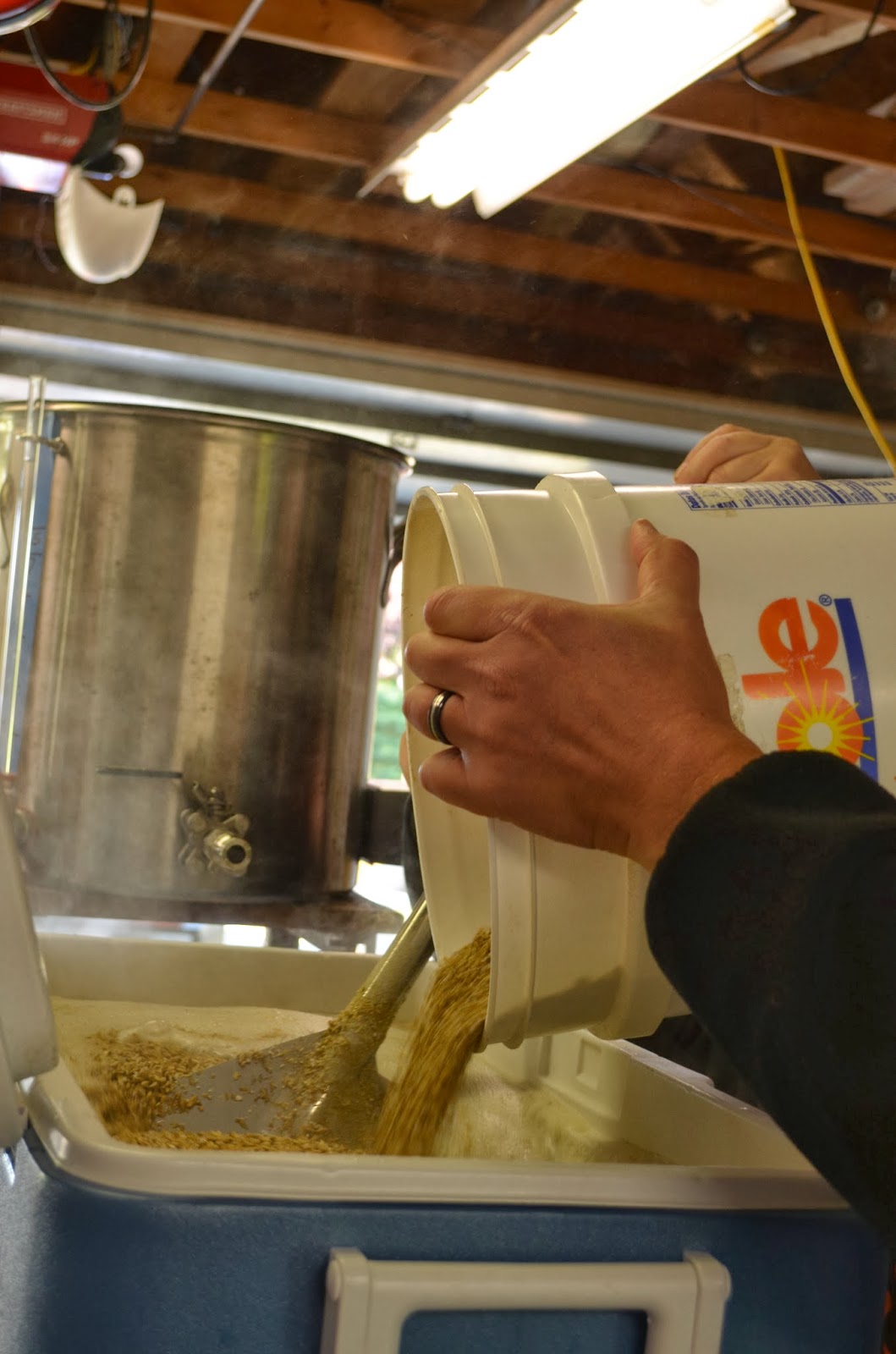 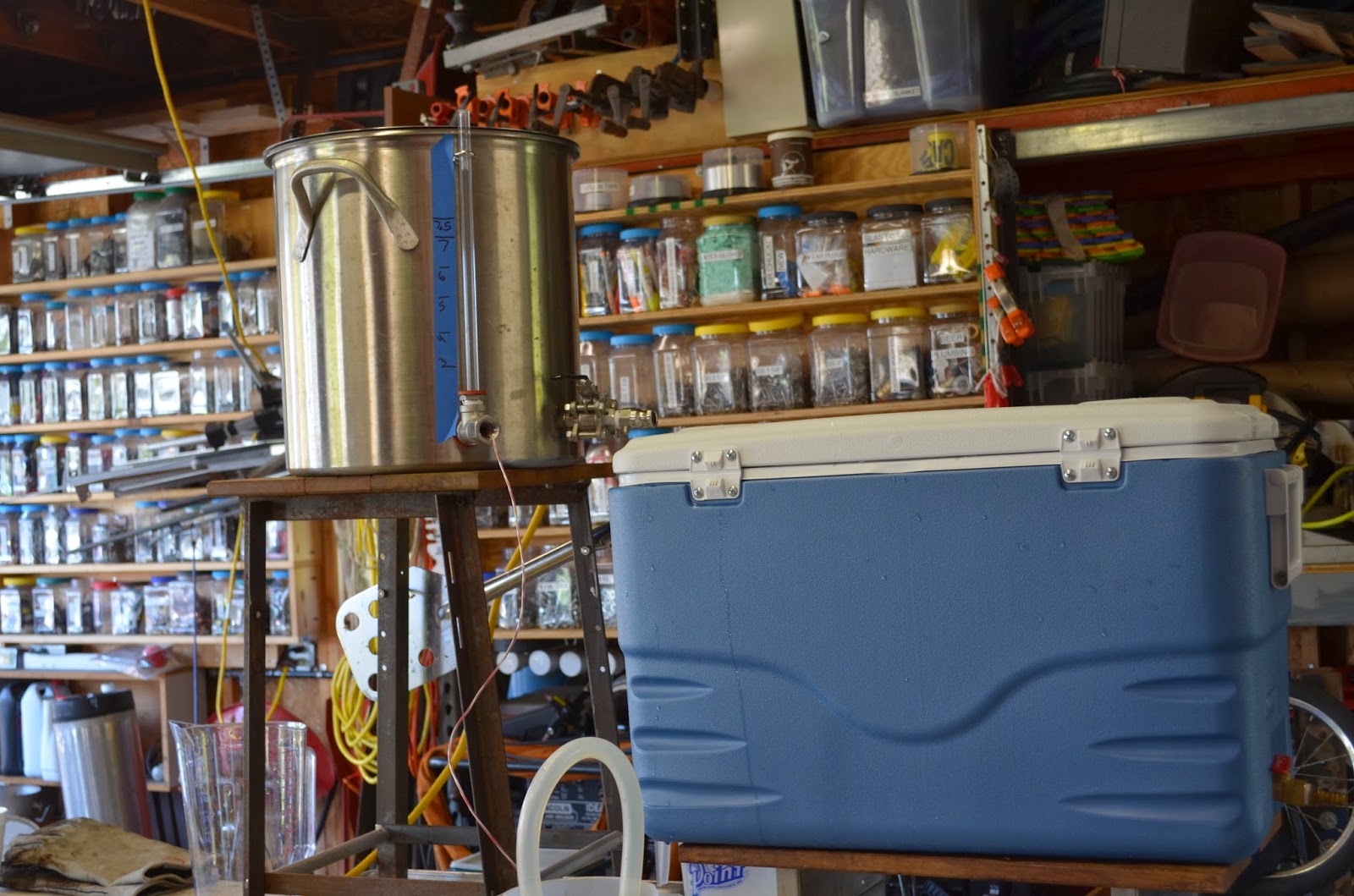 After all the grain is mixed in, close the cooler and allow the water and the grain to blend together for one hour. 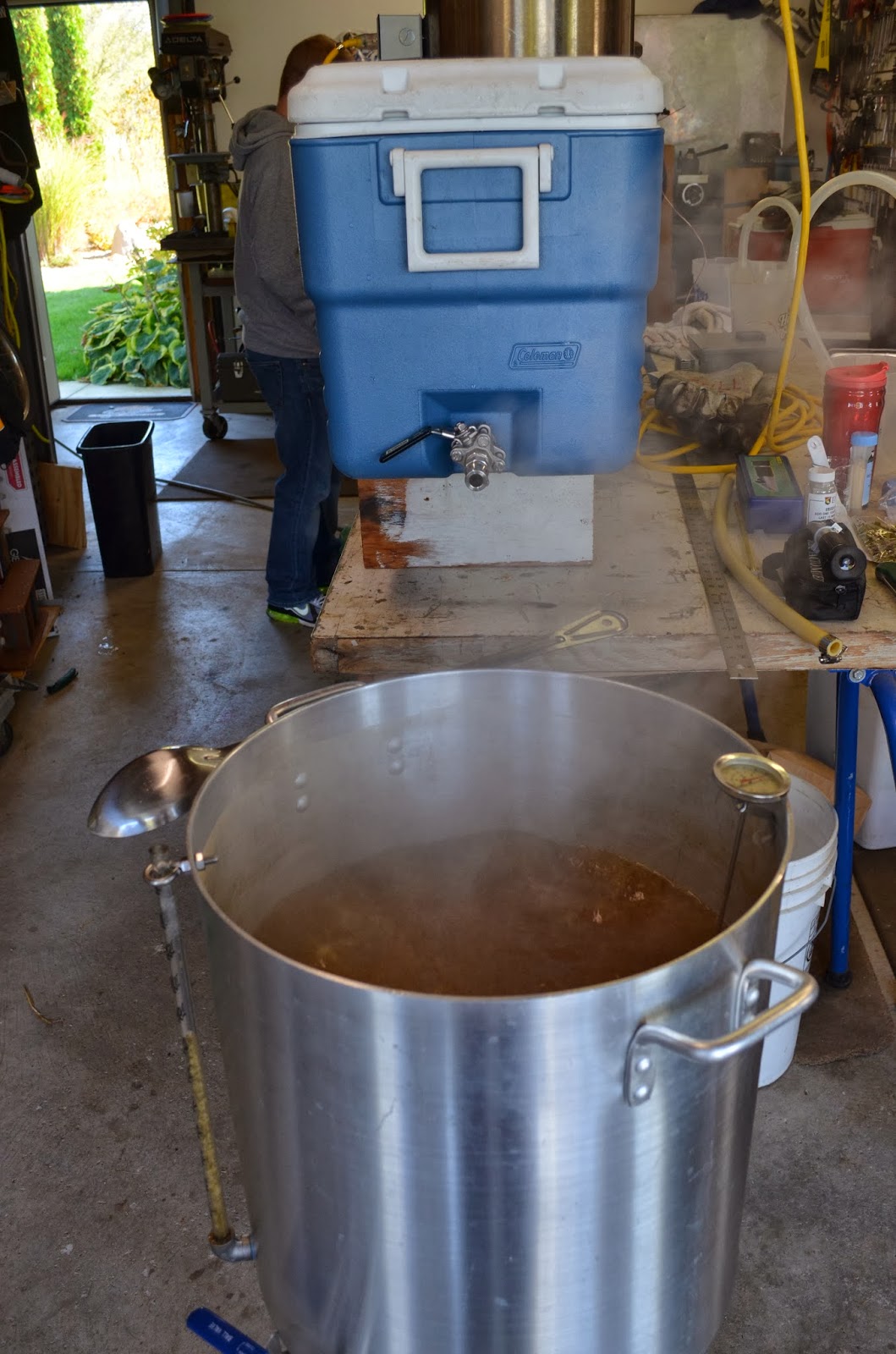 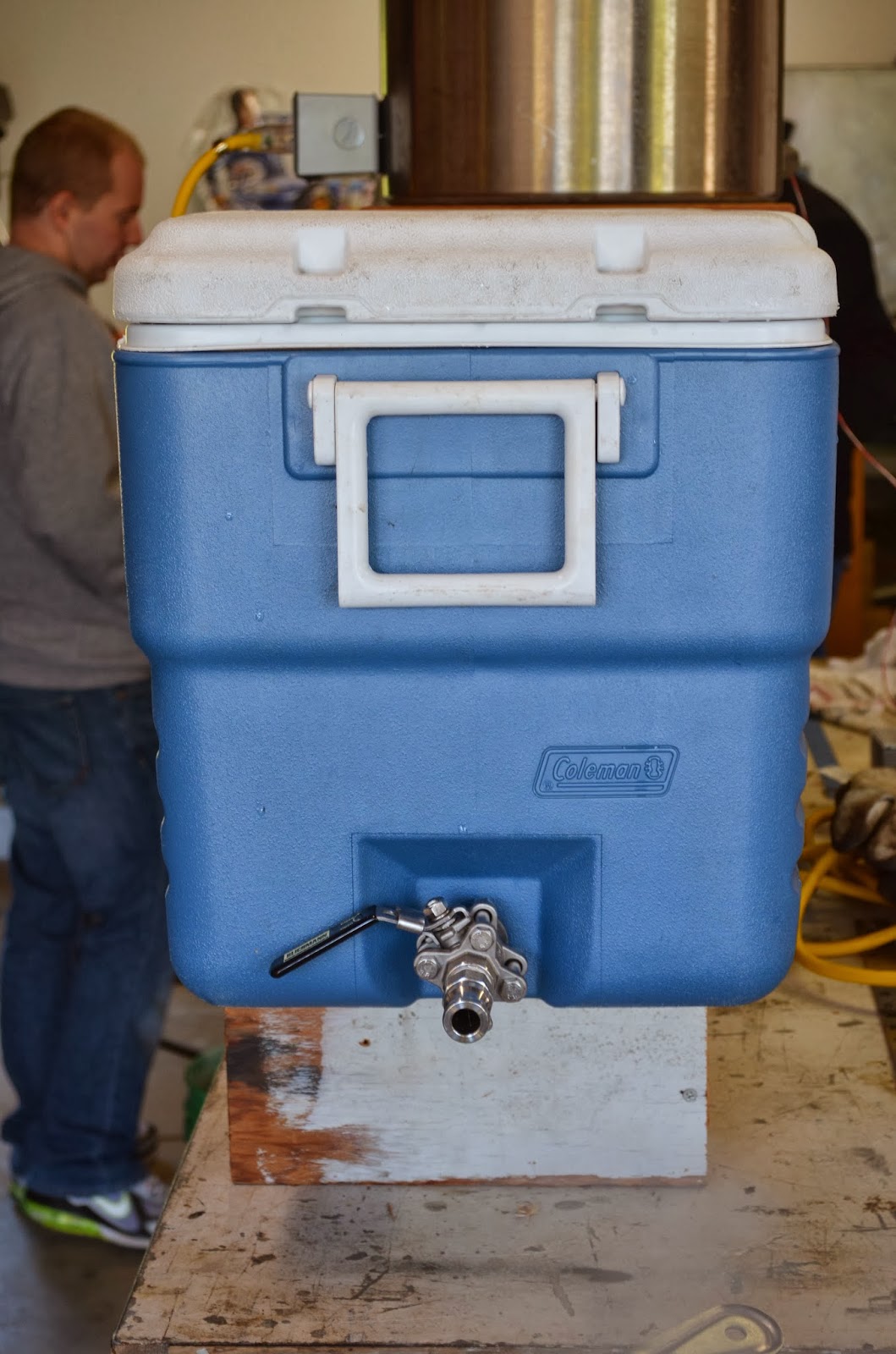 After the hour has passed, transfer the wart (which is what the liquid is called when the grain and water is mixed together) from the mash tun to the kettle.  There was a spout on the side of this mash tun (cooler) to make the transferring process much easier. 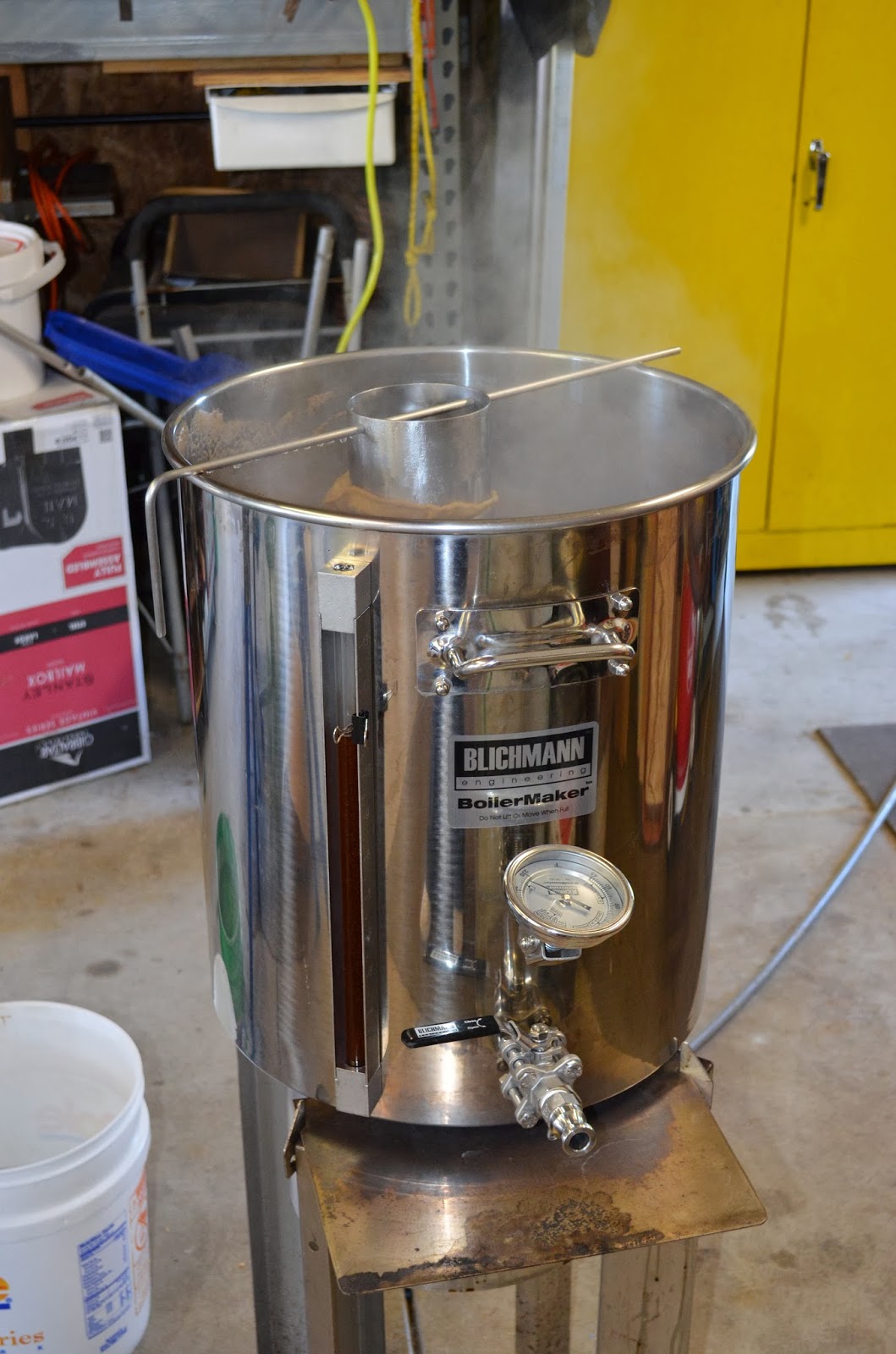 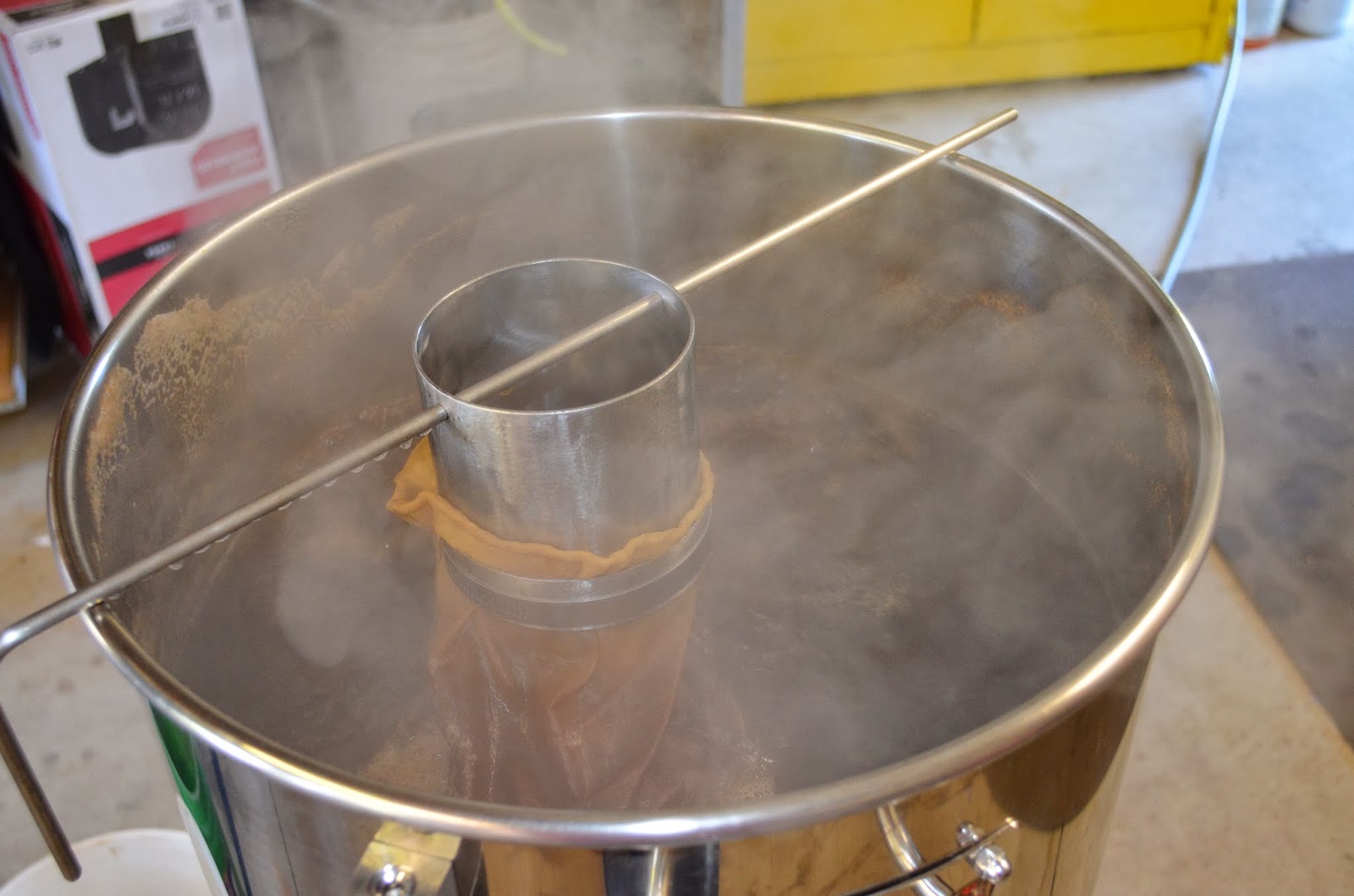 Bring this to a boil and boil for one hour. 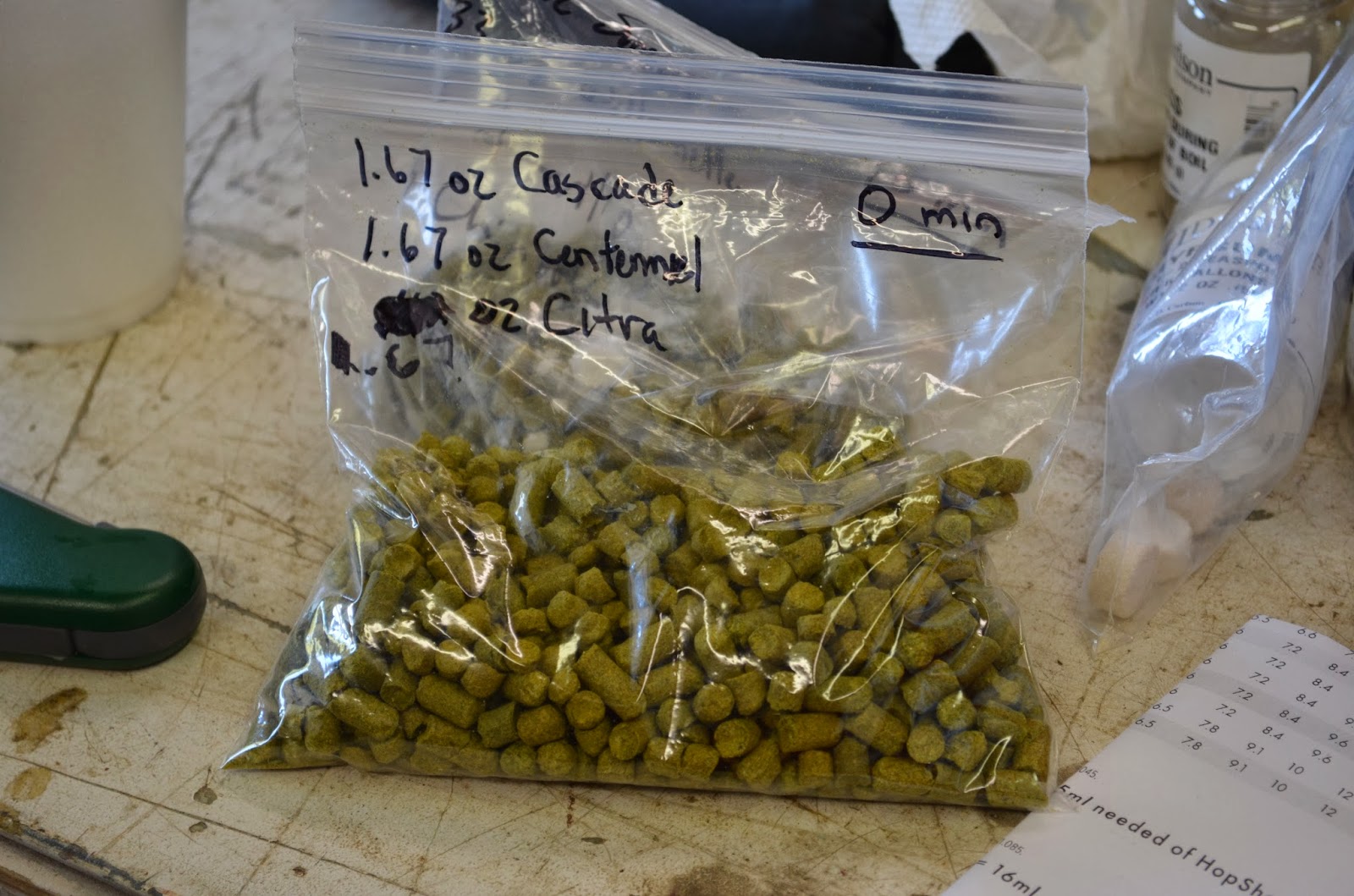 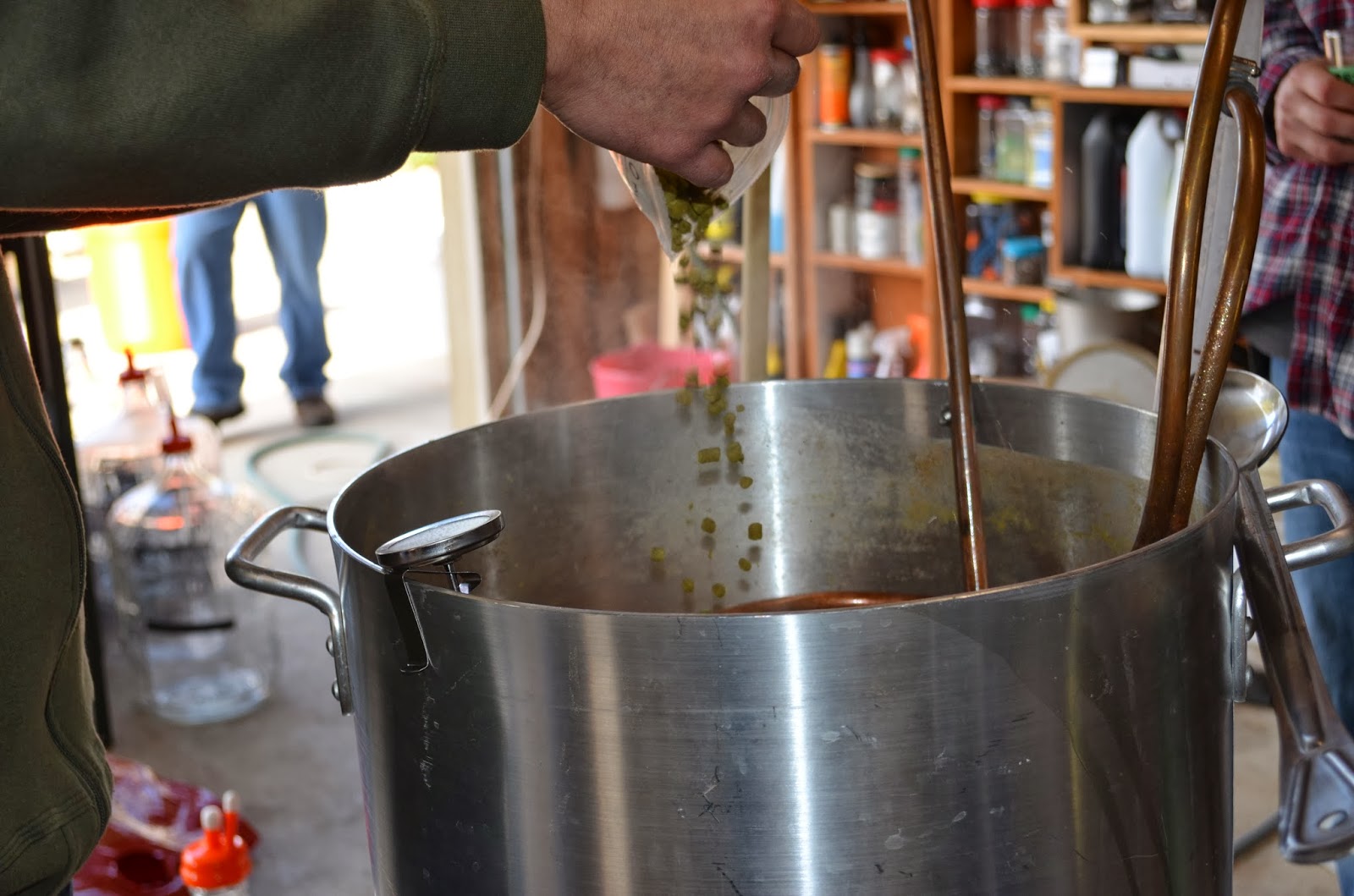 Add the hops while the liquid is boiling per the recipe recommendation.  The person I was watching make his beer put in his hops around 45 minutes into boiling. 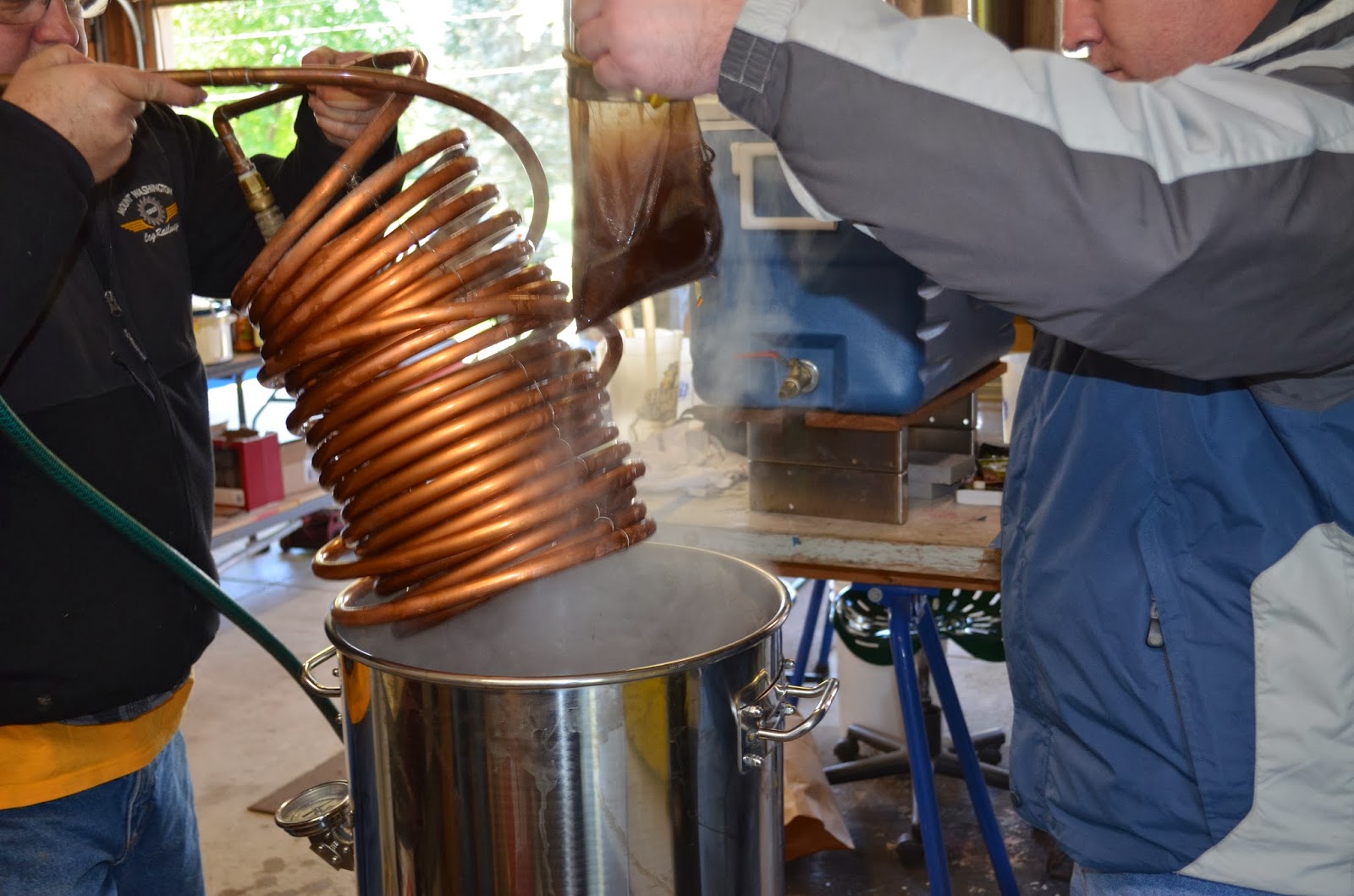 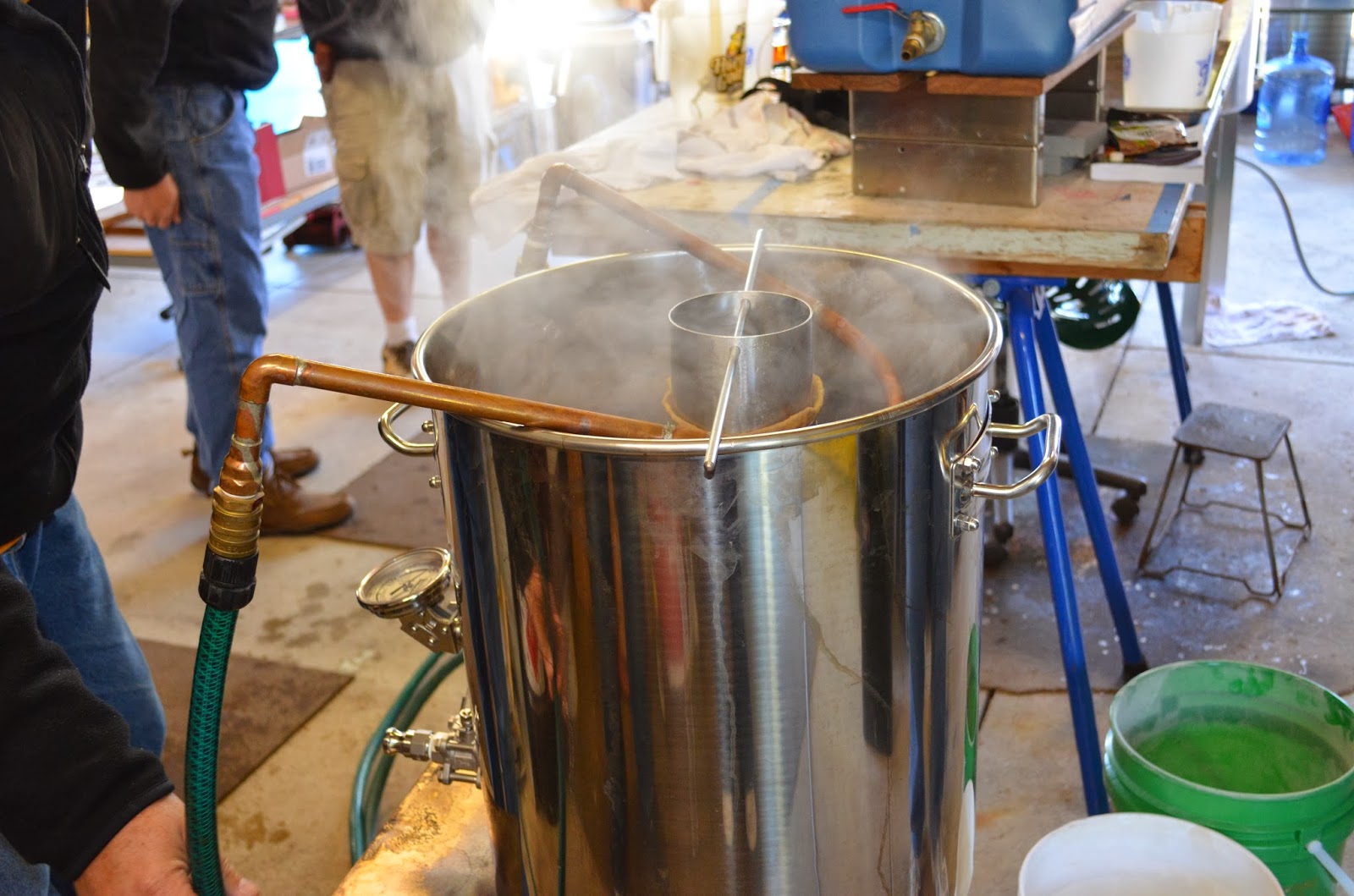 After that hour is over and the hops have been added, cool the wart down to 75 degrees.  These guys used this copper chiller that has ice cold water running through the pipes. 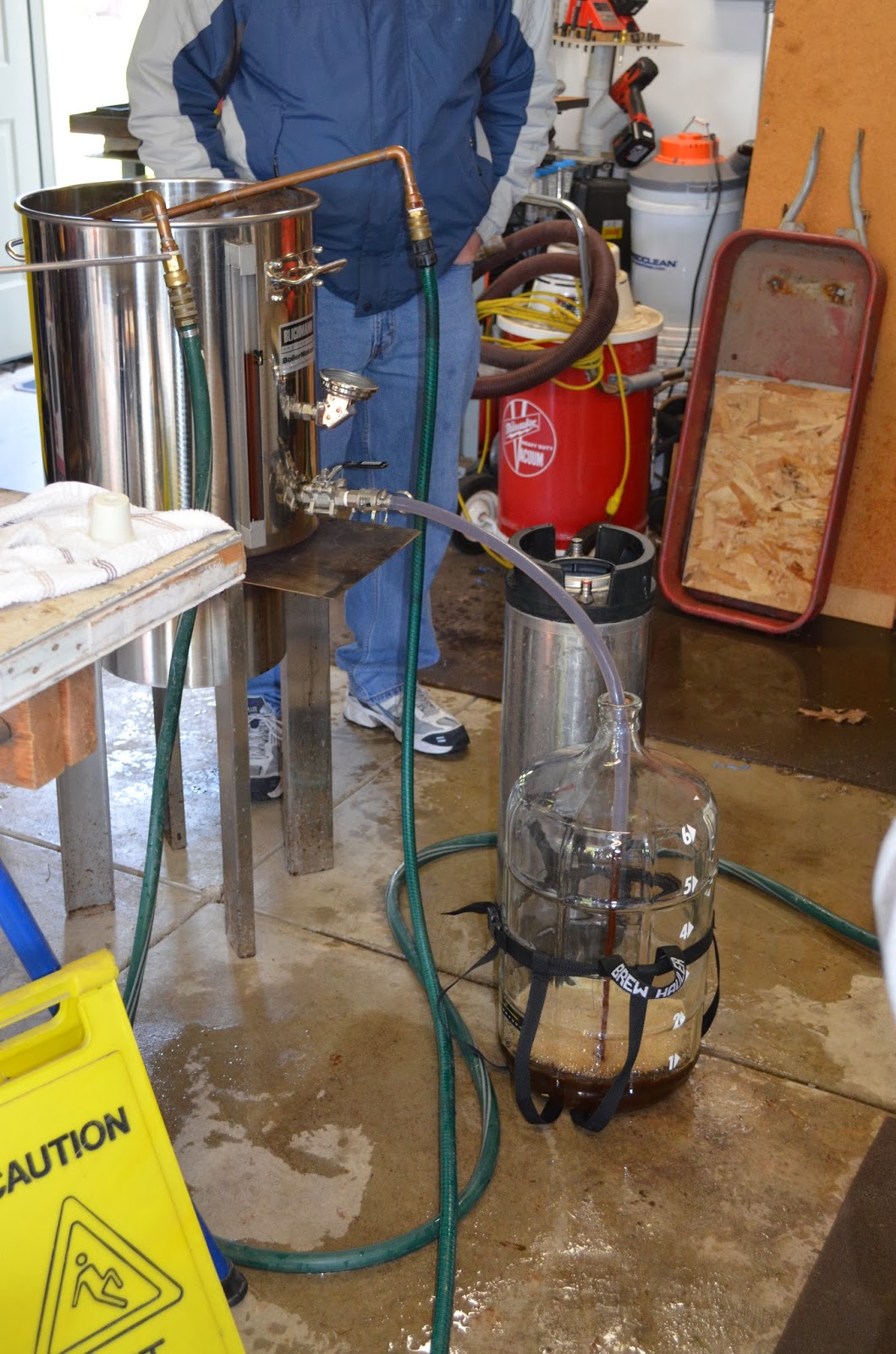 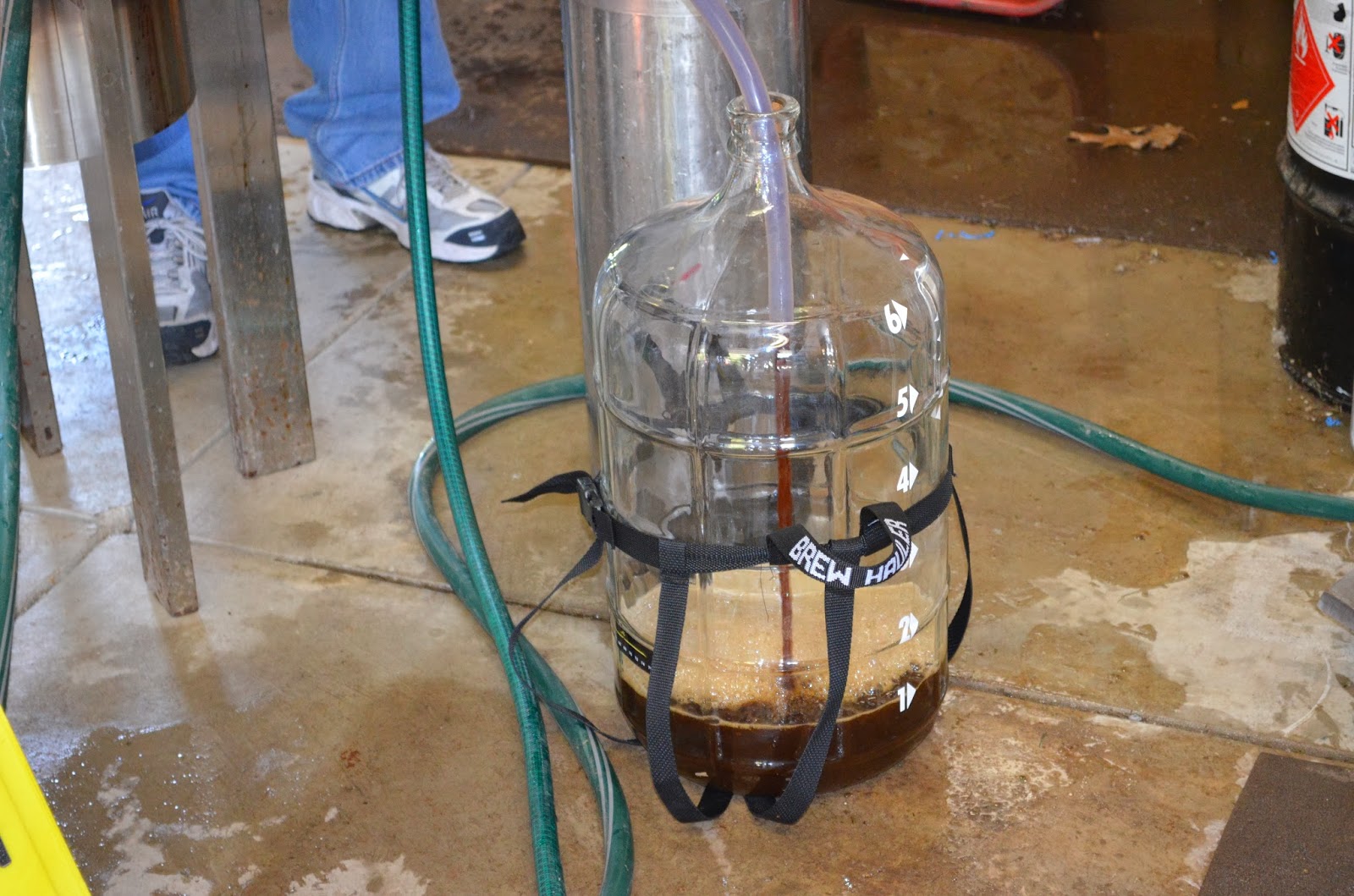 Once the liquid has been chilled, transfer it to a carboy (also known as a five to seven gallon glass jug).

This is the actual process for now but once the liquid is chilled and transferred you add the yeast according to the recipe and store it in a 65 degree dark area for two weeks.  After two weeks, the beer is transferred to another carboy which allows the yeast and additional sediment to be left behind.  Two weeks after that, you either bottle your beer or transfer it to keg.

We (Andrew) transfers his beer to kegs where it is then hooked up to Co2 tanks and sits for two weeks.  After those two weeks are up, it’s bottoms up time!!

Yes, it’s a long process but we after one long day and a few transfers, each person who brewed has five gallons of beer and are set for a while!