it’s march first! this month flew by as it always does with being three days short of a full month but it was still such a wonderful one as we got to celebrate to very special birthdays and our five year anniversary.

it’s been a month of progress with my goals but i did need to switch things up a little mid month. here is the progress i made on my february goals and my new march goals below. 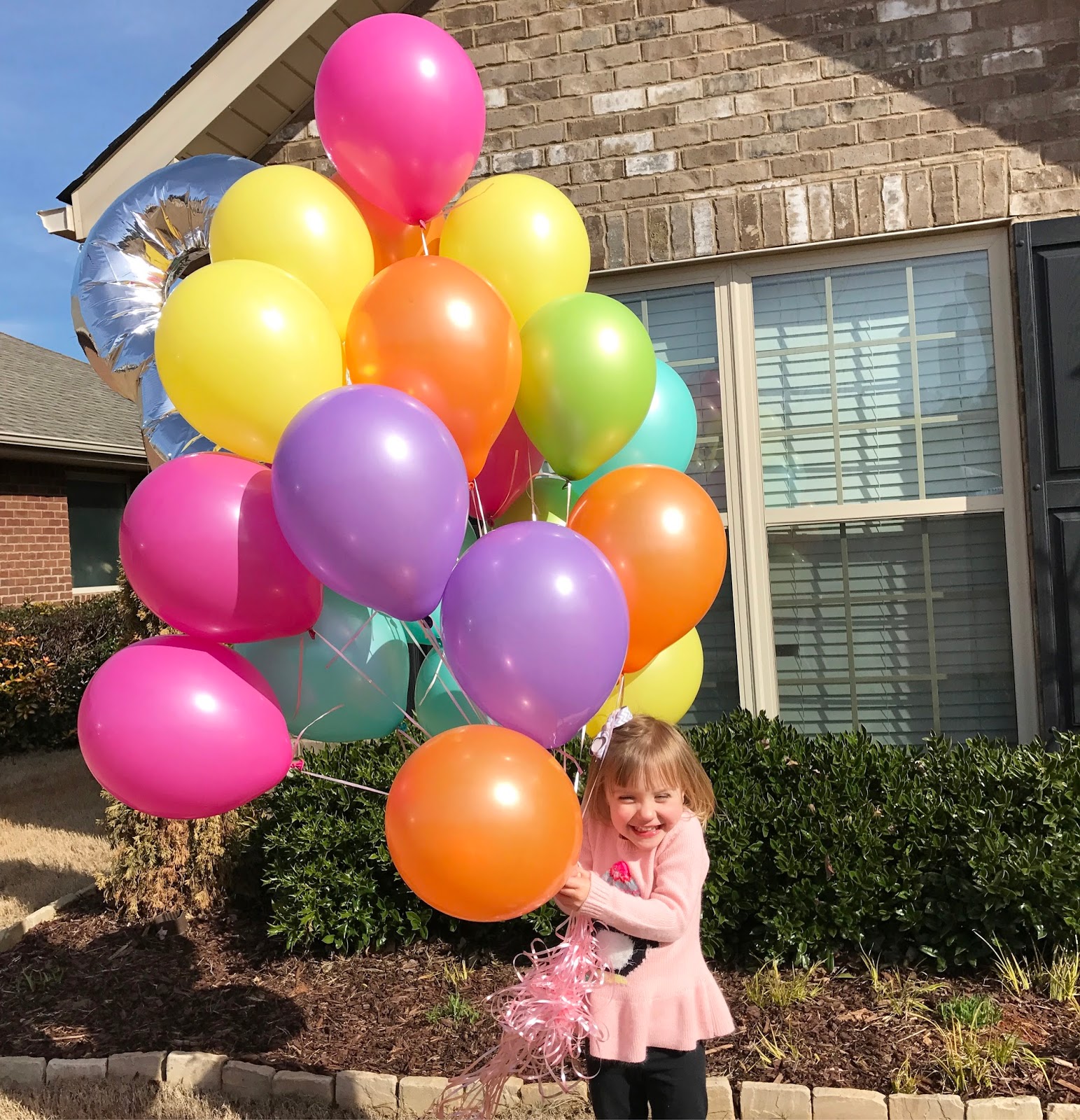 -no sugar diet february 17 to march 17 this goal originally started off as finish off whole 30 successfully but midway through the month i stopped whole30 and changed my goal to no sugar for a month. if you missed it, you can read about it here. there were a couple days that i did have sugar but i’m not stopping this altogether, i’m just giving myself grace and moving on.

-purge and clear the rest of the clutter i made lots of progress with this and two more drop-offs at salvation army happened but i didn’t complete it yet. i’m going to keep working on it in march and hopefully will complete it then.

-celebrate our anniversary fancy dinner, i wore a dress, we checked out a new local brewery. check!

-find two more babysitters i didn’t find two but i did find one really amazing one so i’m calling it a win. one amazing sitter > two so-so sitters any day!

-celebrate addison’s birthday well yes yes yes! our girl turned three and we had the most fabulous birthday party for her with all her friends.

-stay on track and stick to budget i didn’t do very much useless spending at all this month and i’m pretty proud that we were able to save the money to put toward other things.

-read four books YES! i’m loving that reading is becoming a huge priority for me these last two months!

-workout four times a week three of the five weeks i was at the gym four times and the other two weeks i was there three times. progress is definitely being made in my long term goal.

-send snail mail to friends and family not as much as i would have like but it definitely happened.

-craft with addison we’re counting play dough as crafting because she makes me play dough icecream all the time 😉 but between that and painting, we have been enjoying craft time a lot.

-read ten plus pages this is slowly turning into a habit that i won’t even need to write down anymore.

-floss YES! not everyday but way more than i ever have probably in my life!

-drink 60 ounces of water apparently 60 ounces was still too high for me because it didn’t happen very often so i’m starting out very small with this goal in march and am going to work my way up.

-be up by 6:30am not every day but a lot of the days and it felt great to be ready for the day before the girls were up.

and here we go with march! 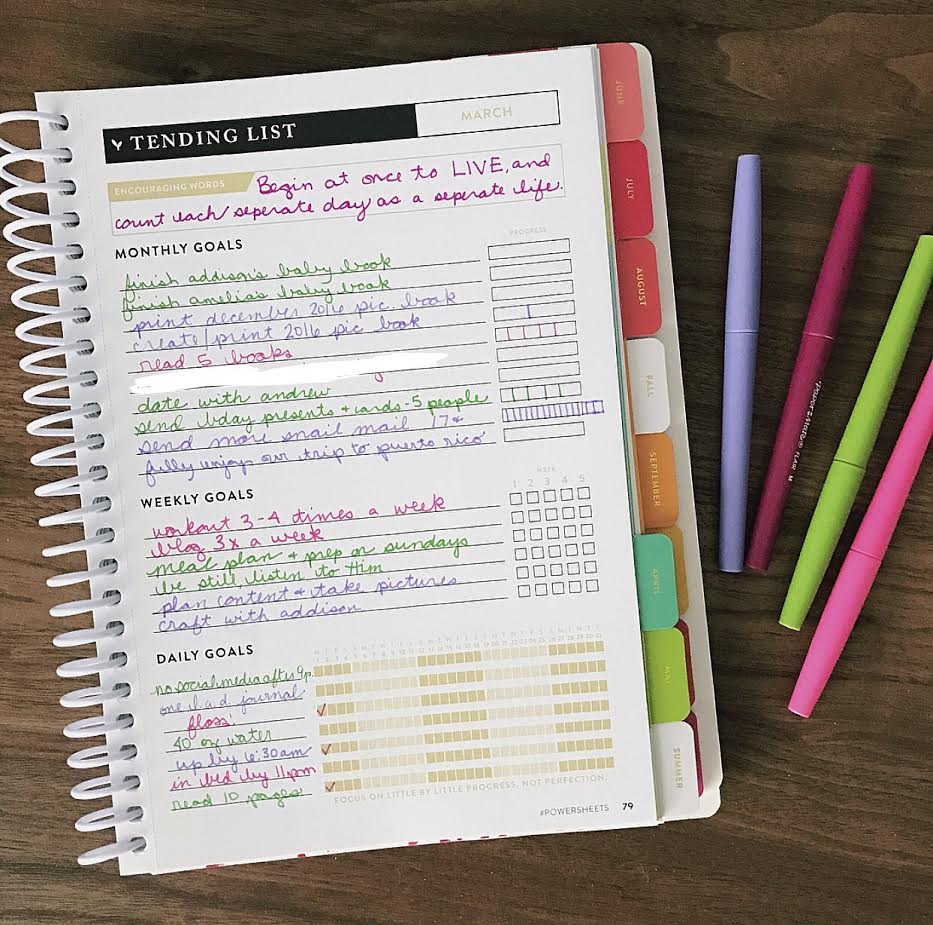 -finish amelia’s baby book- while i’m finishing addison’s, i want to get amelia’s done and put away so i don’t have to think about it anymore.

-print december 2016 photo book- i created a christmas/holidays book from december 2015 and it was so fun to look at last christmas that i want to do this every year.

-go on a date with andrew- not including our trip

-send birthday presents and cards to our family and friends (five birthdays this month!)- all of andrew’s family has birthdays in march plus my mom and my closest friend so it gets a little crazy in march!

-continue to workout three to four times a week

-blog three times a week- this is the last month i’m going to put blogging on my weekly goals before i knix it all together!

-meal plan and prep on sunday’s- or sooner

-be still, listen to Him

-no social media after 9pm

-write in my motherhood one line a day journal 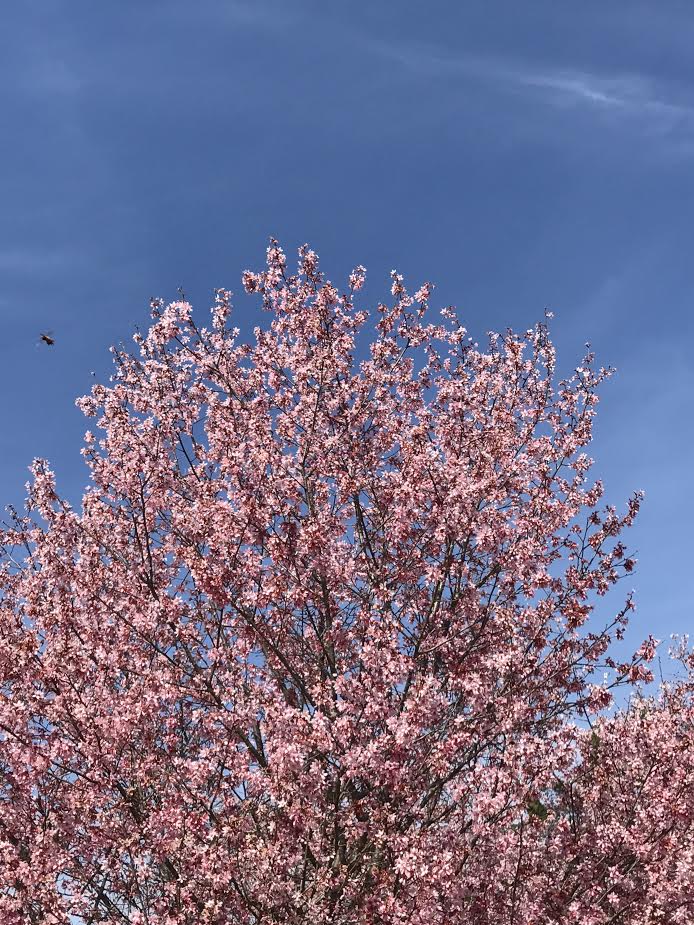 so there we have it! i’m excited about this month and all the creativity and fun it will bring. i’m curious though, how did the end of february turn out for you? and what kind of goals do you have planned for the month of march? i’m always super interested to hear about others goals!