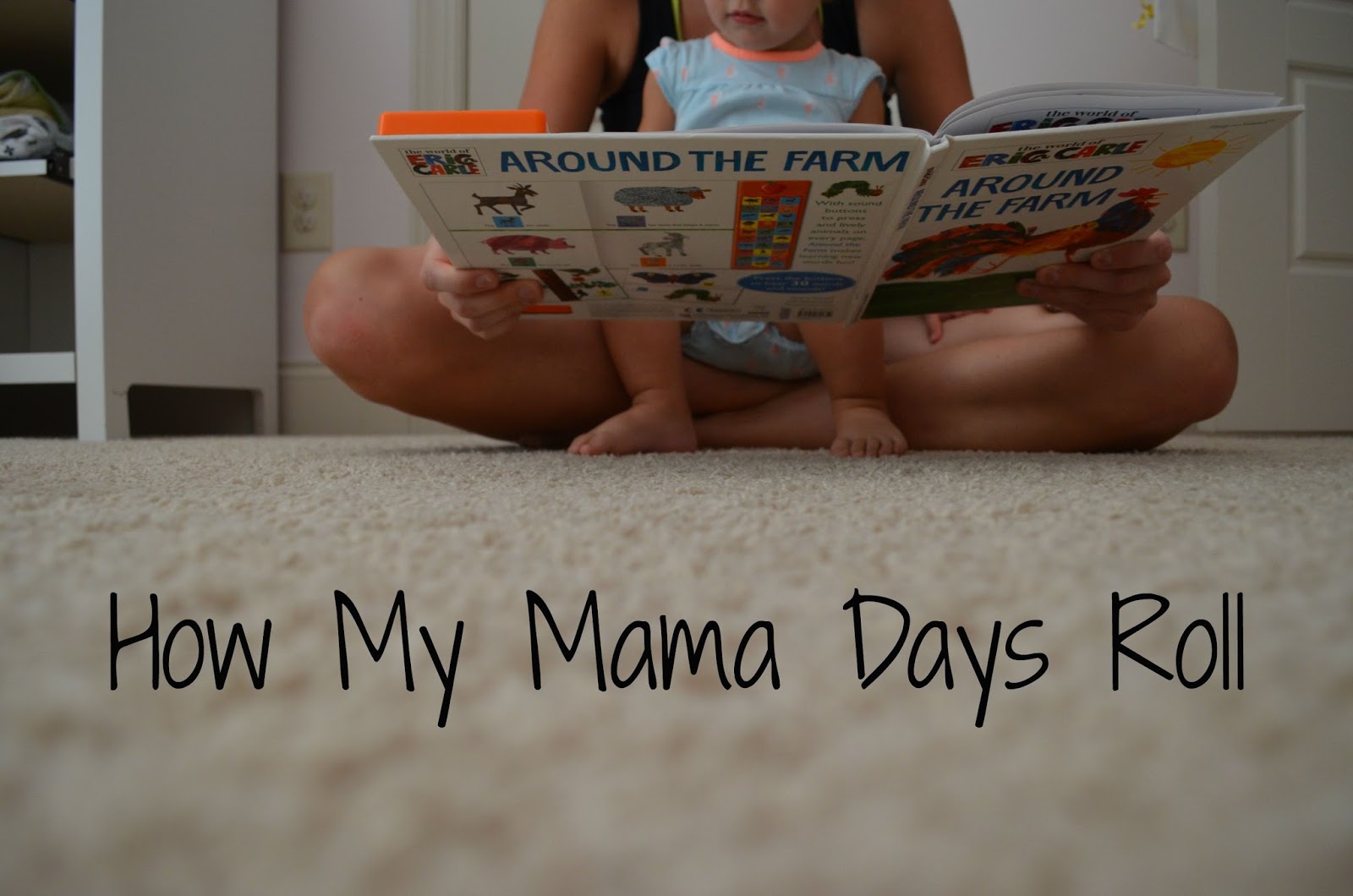 my day started at 6:45 when i woke up to my alarm. both andrew and addison were still fast asleep so i threw on my workout clothes, grabbed a bottle of water and banana and headed downstairs to squeeze in my workout for the day. sometimes this happens and sometimes this doesn’t. if it doesn’t happen in the morning, i workout in the afternoon when addison naps.

i had almost 45 minutes to myself before addison woke up. i grabbed a cup of milk and bowl of cheerios for her, got her from bed and changed her diaper and put her in our bed so she could snuggle with andrew while i took a quick shower.

once i finished showering, i got ready and got addison started for the day. we changed out of her jammies to regular clothes and then had breakfast which consisted of snackimals cereal and blueberry pancakes with another cup of milk. 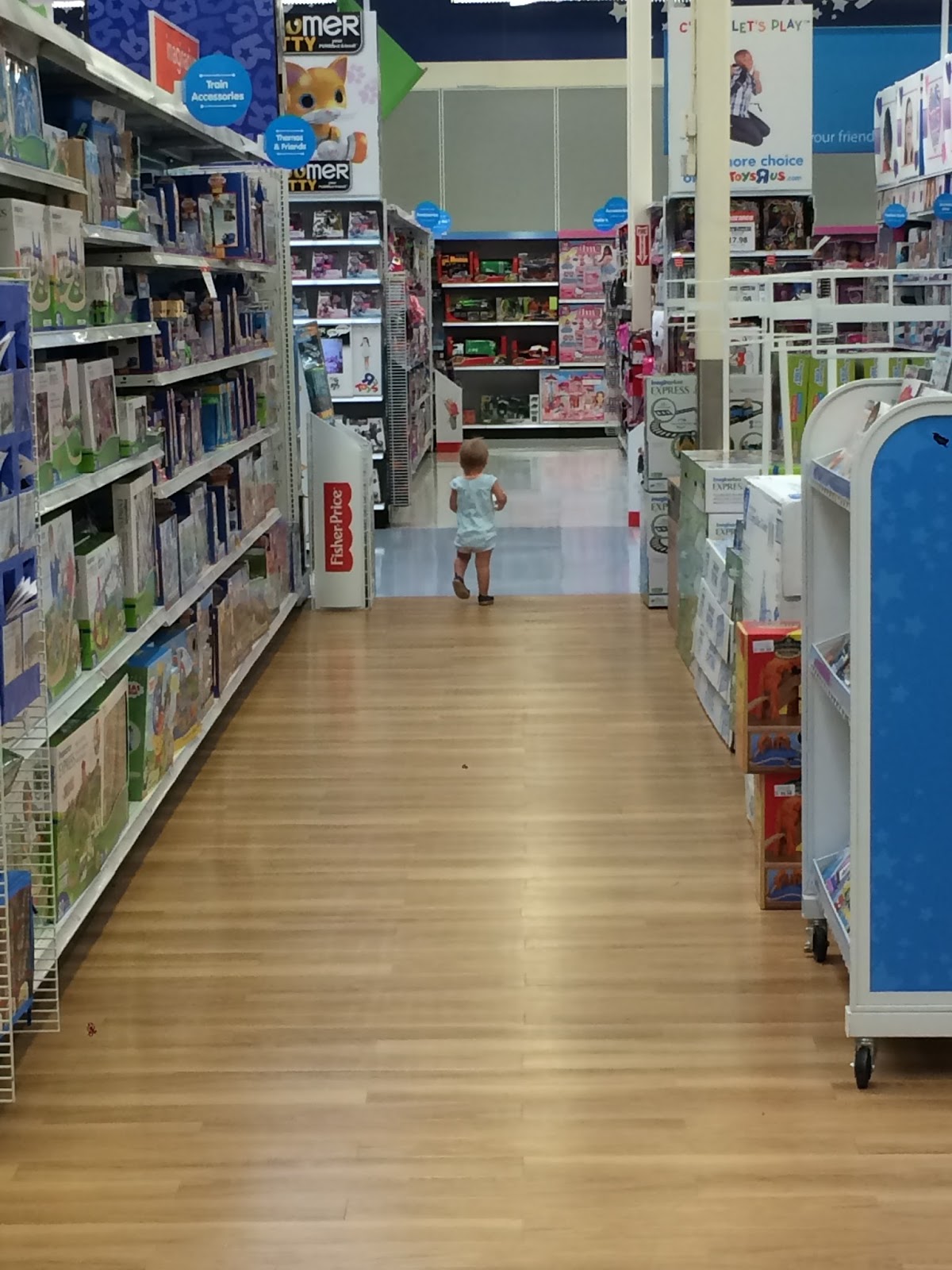 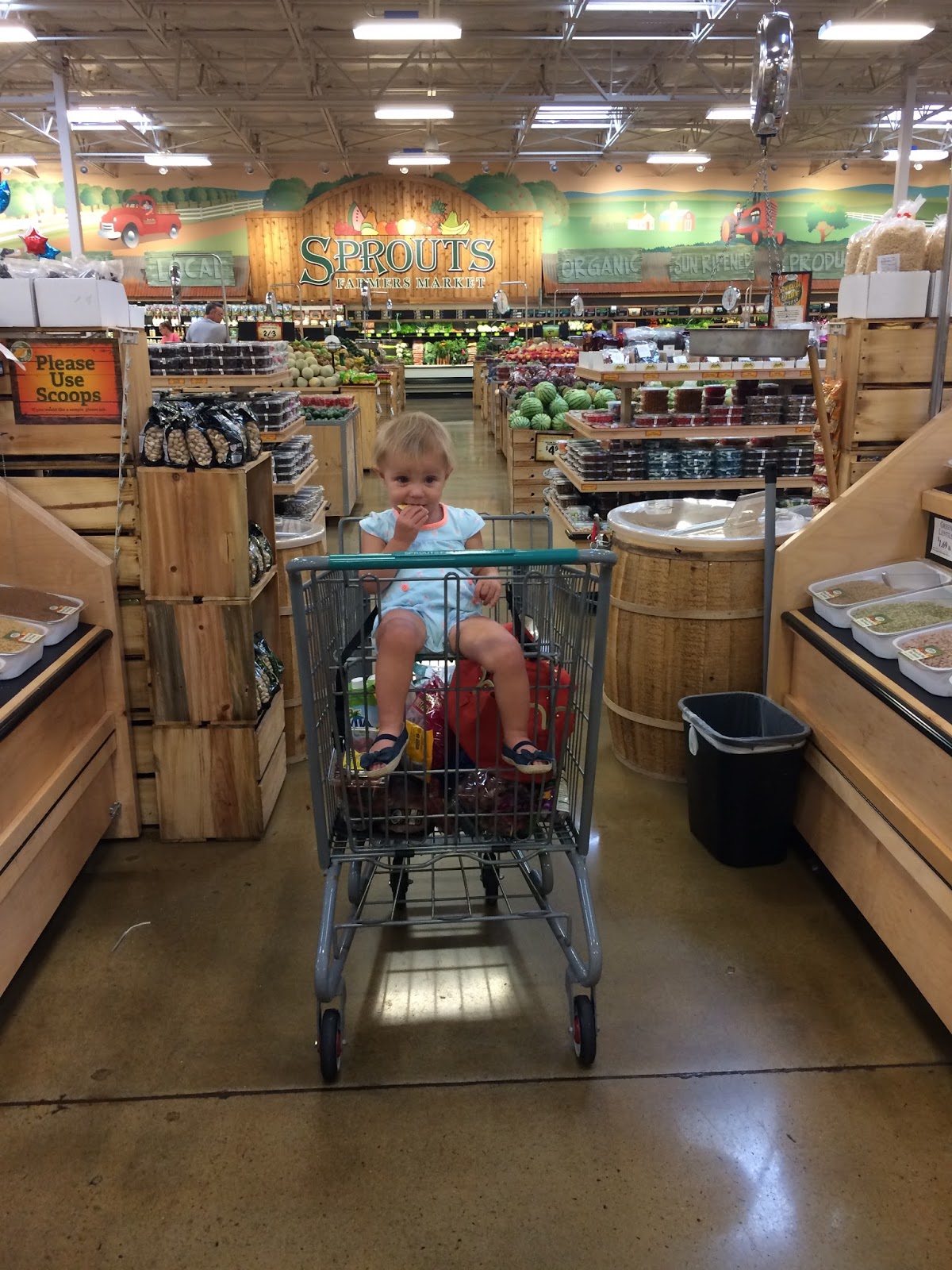 after breakfast, we went to sprouts to get a little grocery shopping in. i’m trying my best to get in my grocery shopping just once a week. i’m usually pretty successful with it but addison goes through a gallon of milk every three to four days so we find ourselves at the grocery store often. 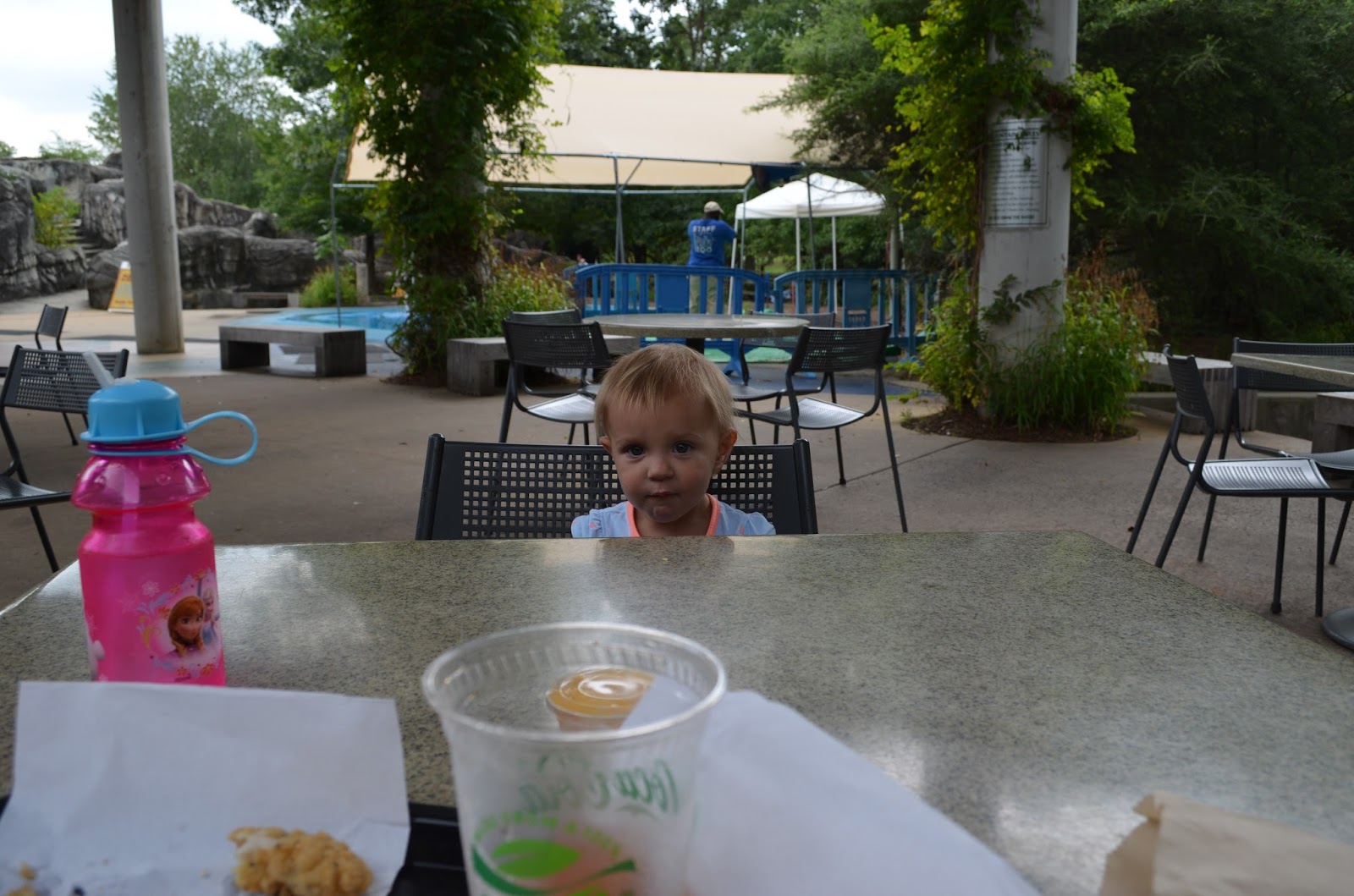 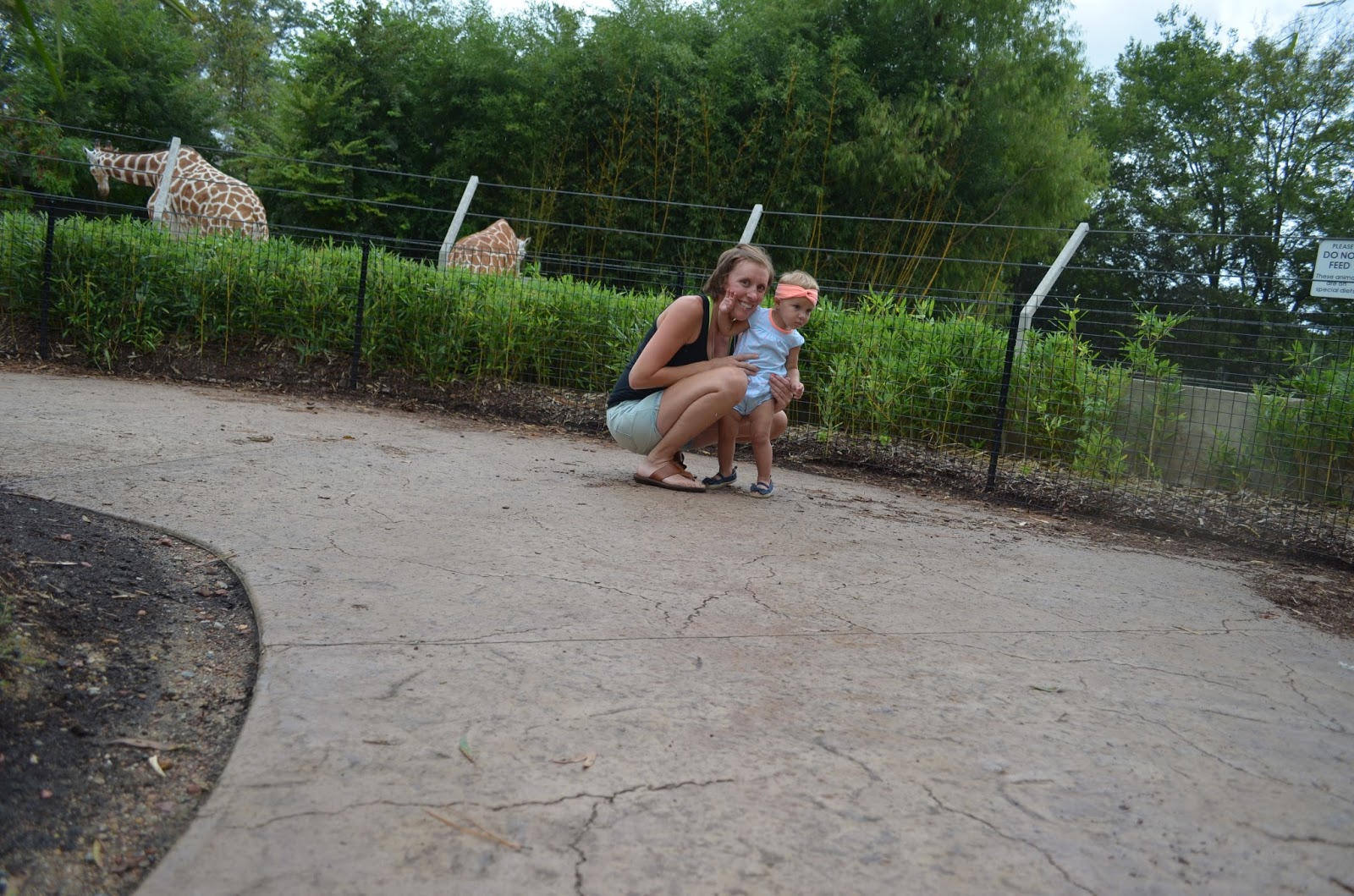 after that, we did a few other errands, including the toy store for a sweet friend who is expecting and michaels – my favorite. we had a little time to spare and were in the area already so we stopped at the zoo for lunch – chicken nuggets and french fries with some cut up fruit – and to visit a few of the animals. usually addison loves seeing all the animals but it start drizzling on us when we were there so she was pretty indifferent about her usual loves. 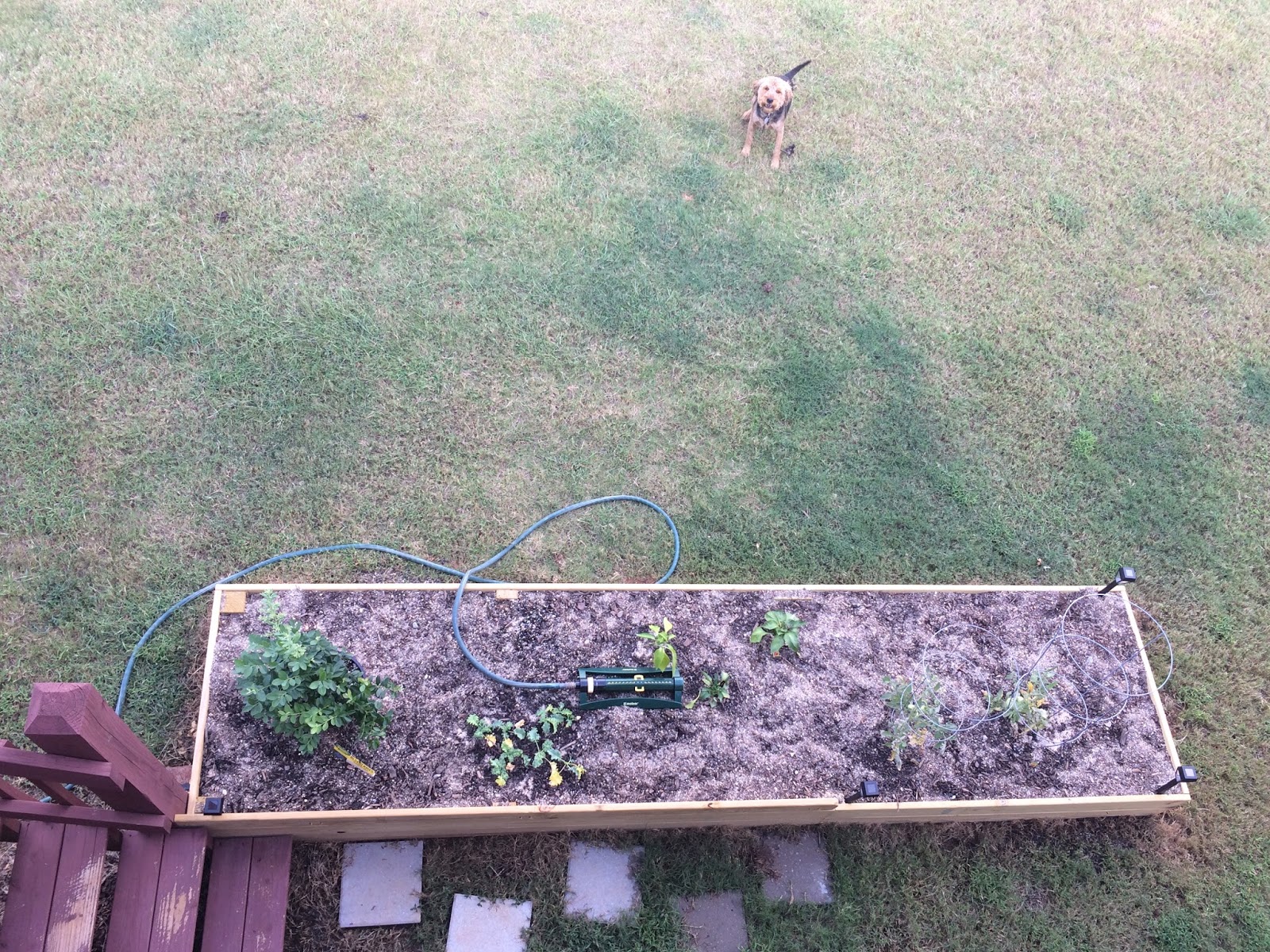 we got home around one, just in time for her nap. we don’t have much of a ritual for getting ready for a nap – she has never had a problem with going down right away. i put her down and head to the backyard to water my garden. 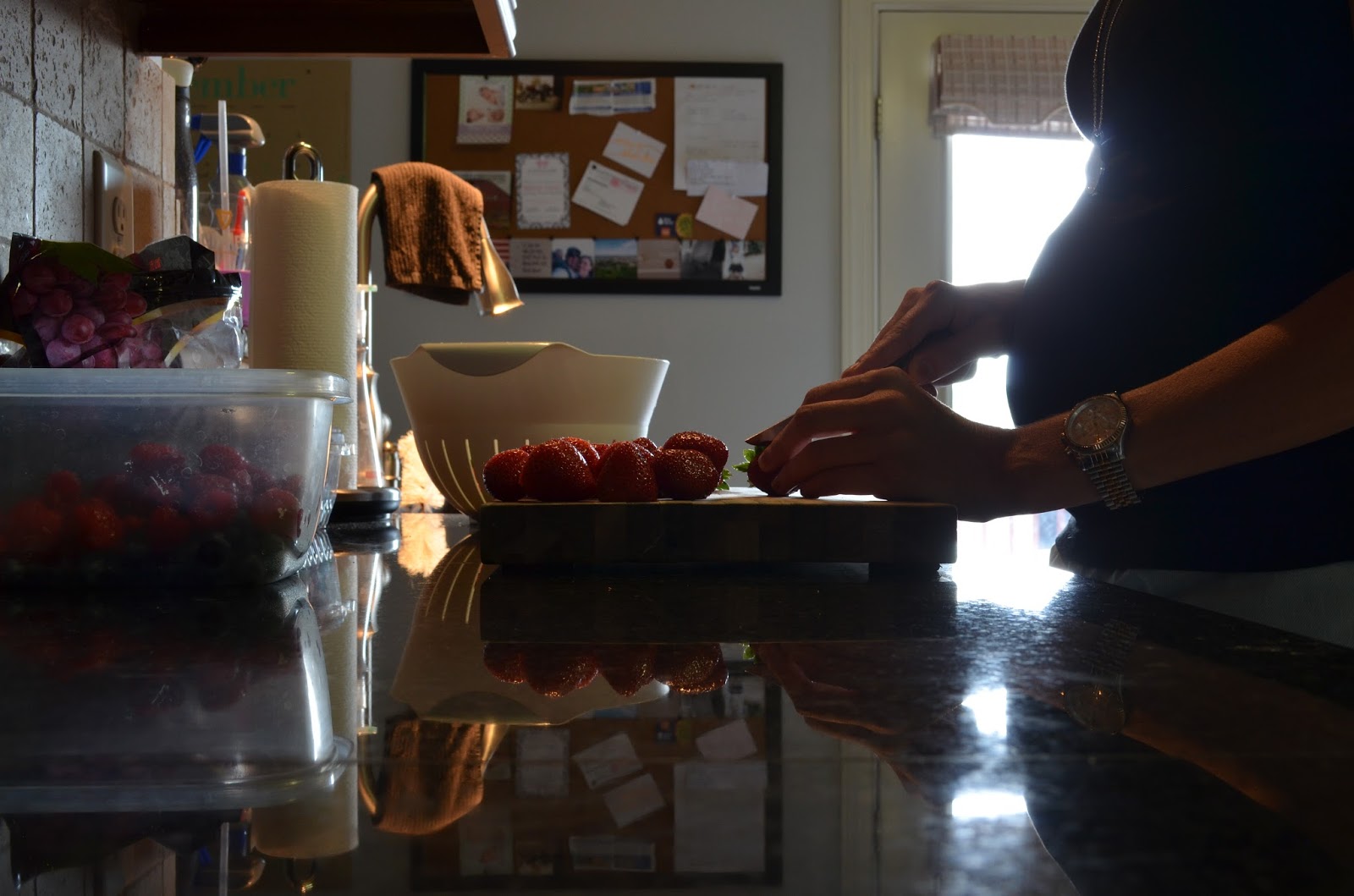 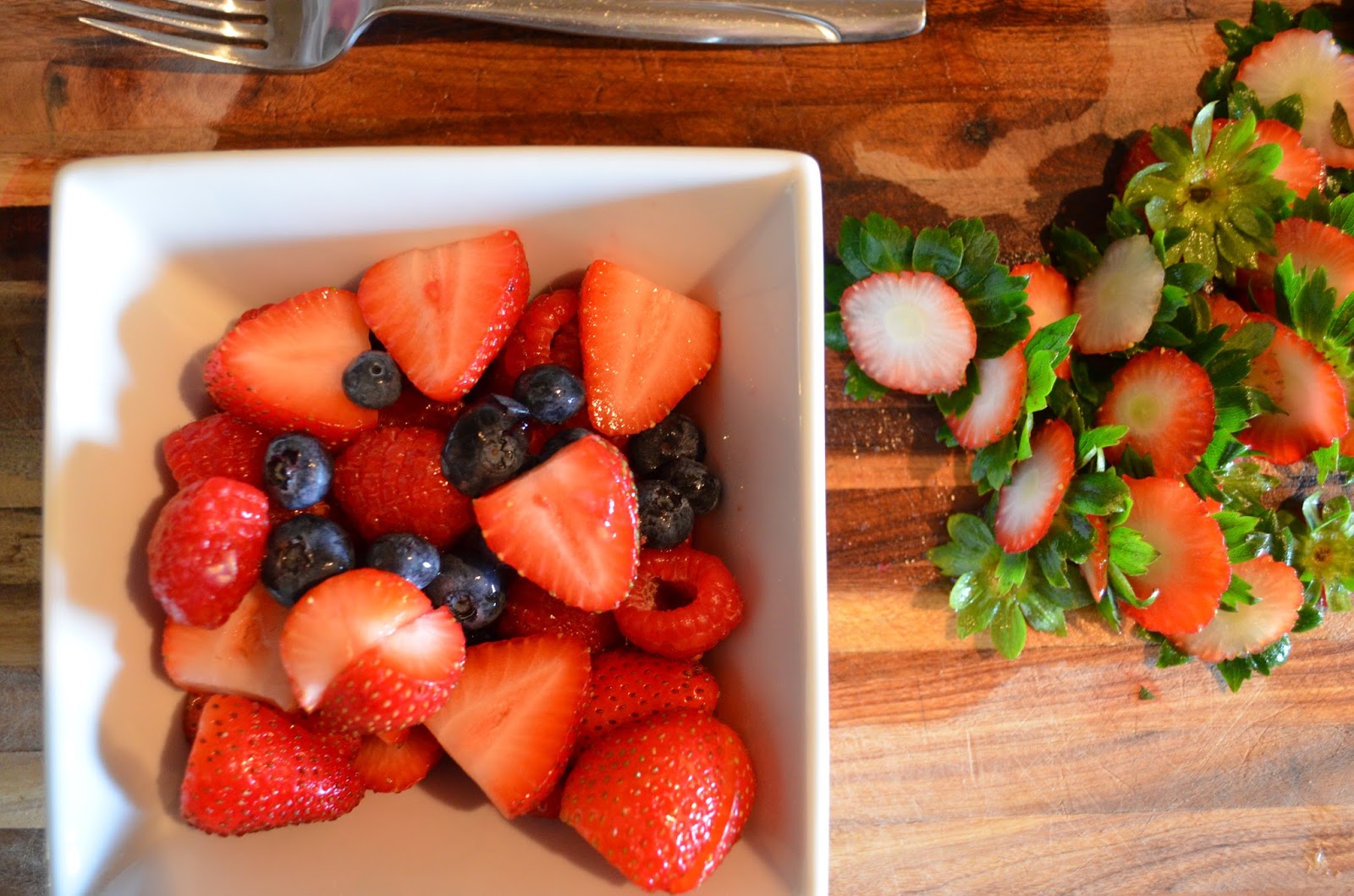 andrew and my parents built this amazing garden box for me for my birthday and i am having a lot of fun experimenting with things. things have only been planted in it for two weeks but so far tomatoes and peppers and growing and growing already. once i come inside, i take out all the fruits and veggies that i bought at sprouts earlier in the day and wash and cut them for the week. i’ve been finding that if i do this right away, there is less of a chance they will go bad. 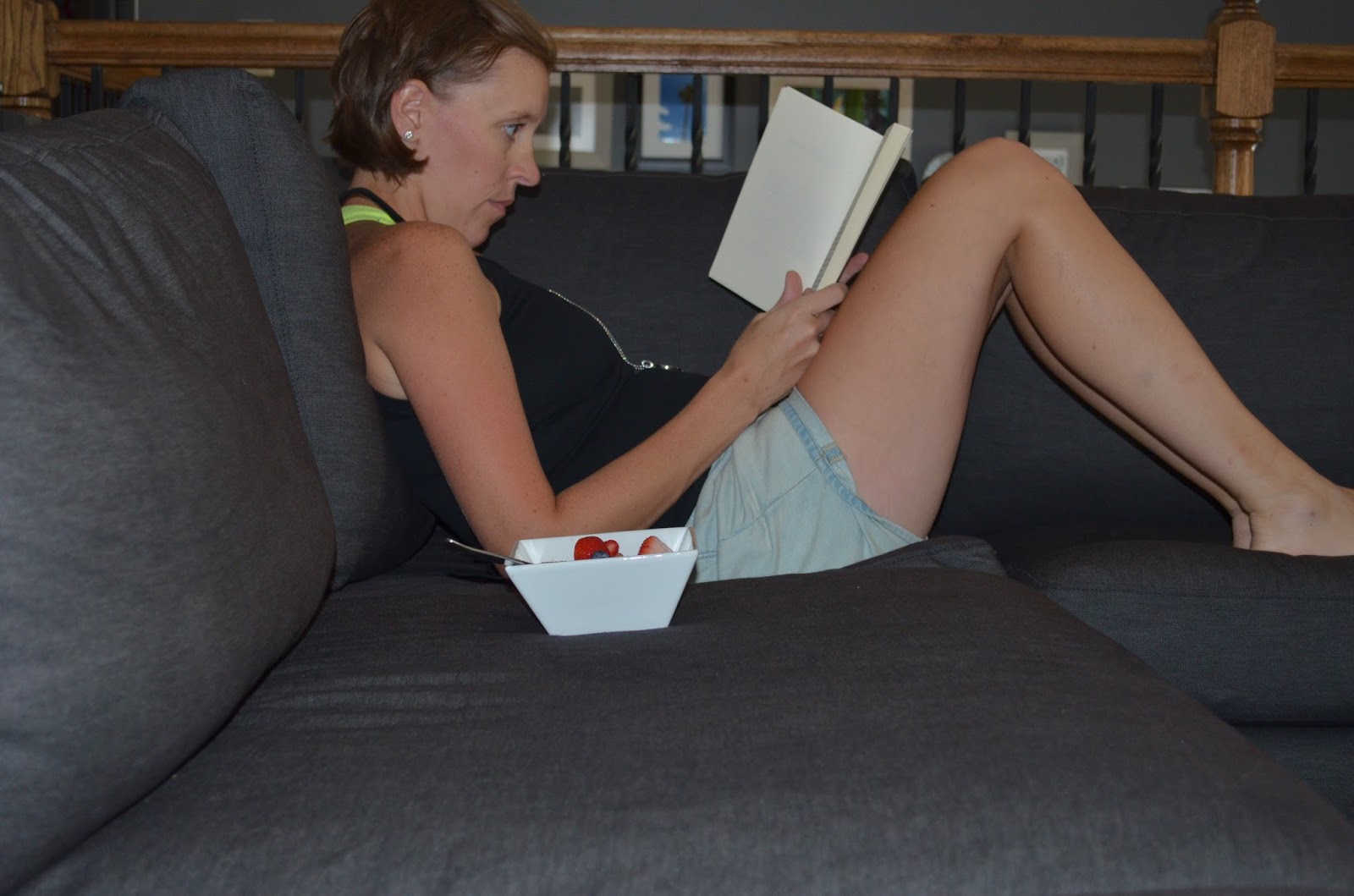 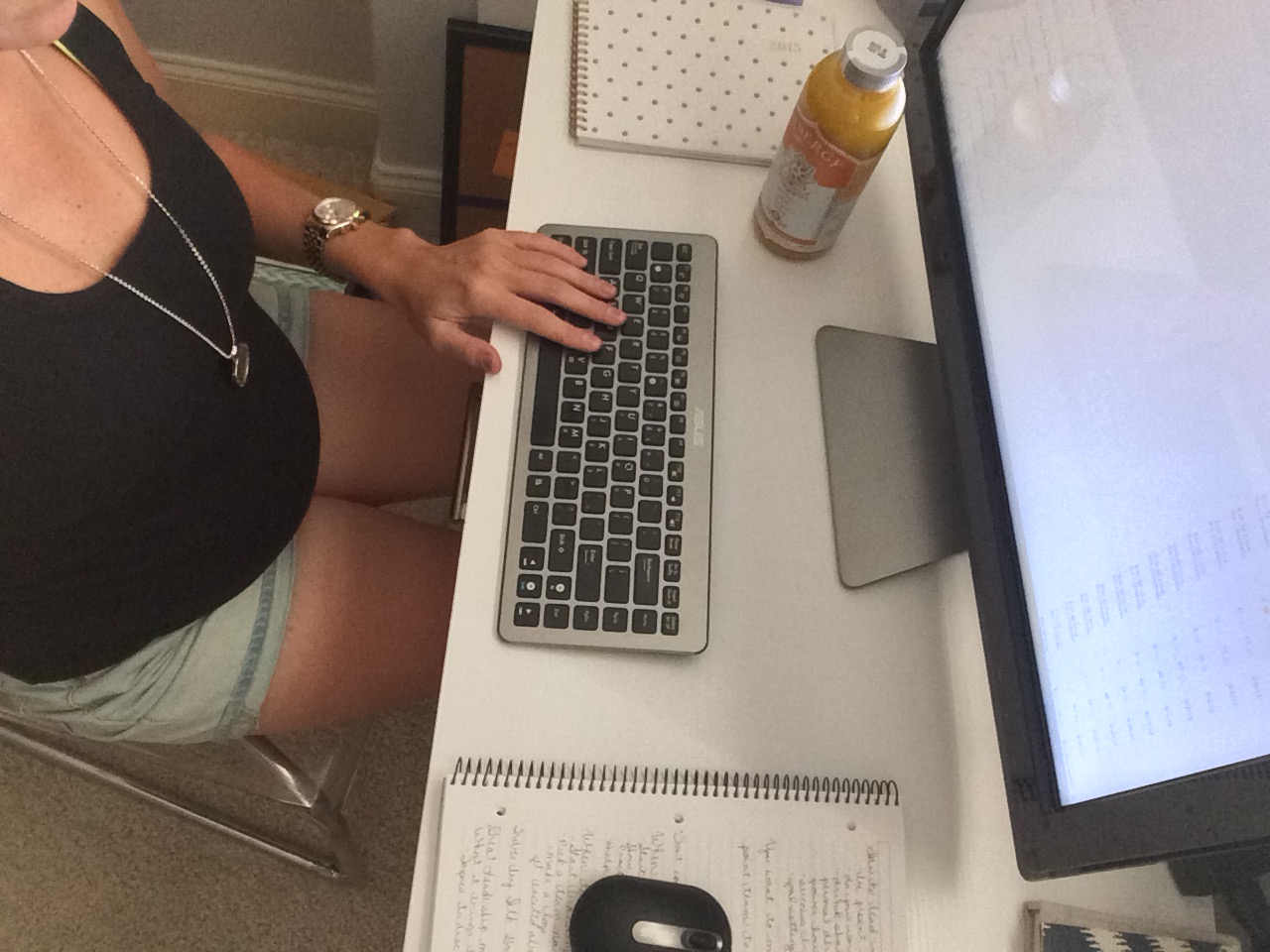 i read for an hour or so (!!) and ate some of the fruit i cut up. then i jump on the computer to get a little work done, including mostly getting back to messages i have waiting for me. addison wakes up around three or so and we spend a little extra time in her bedroom playing hide and seek in the closet and reading a few books. 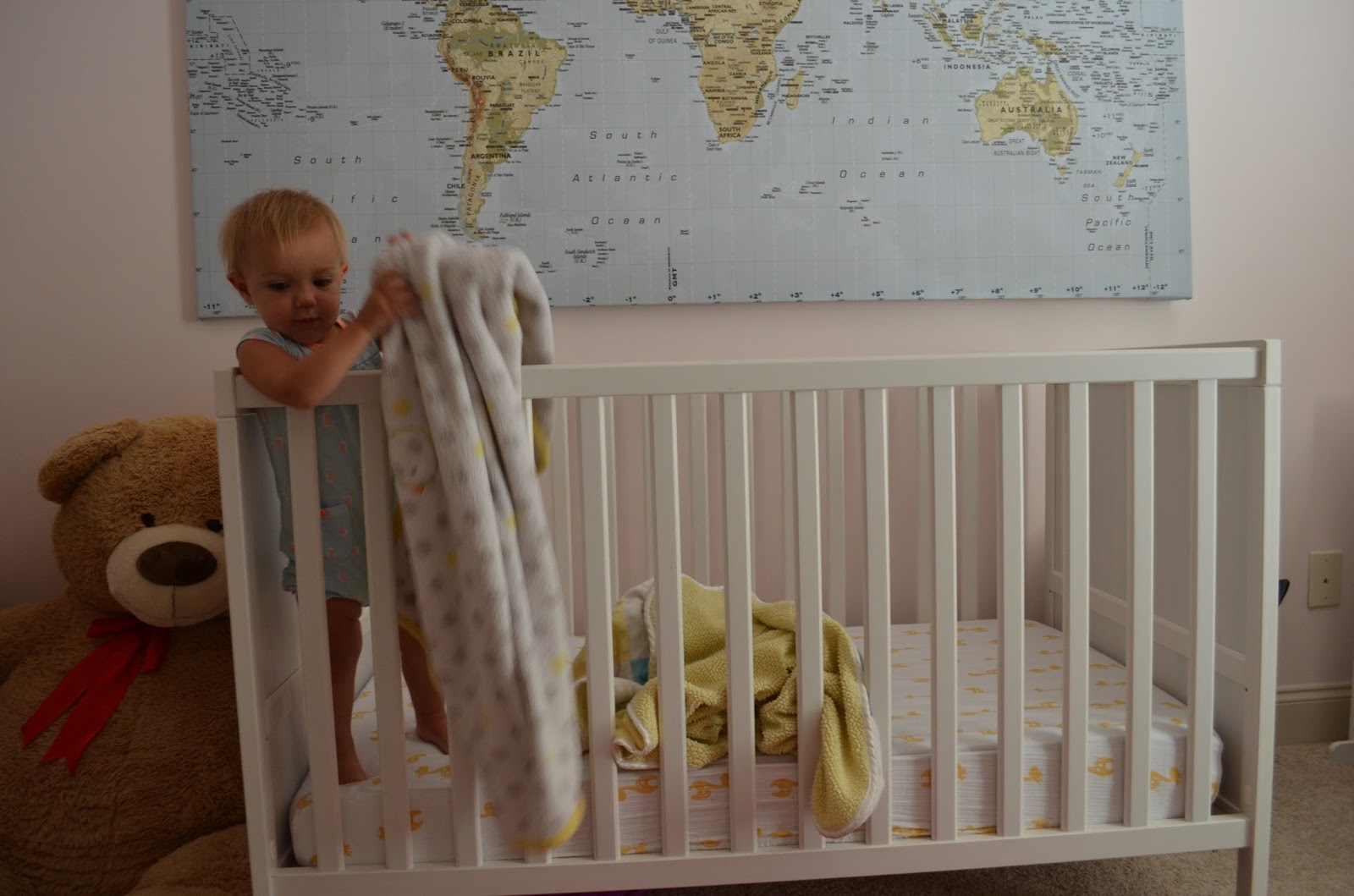 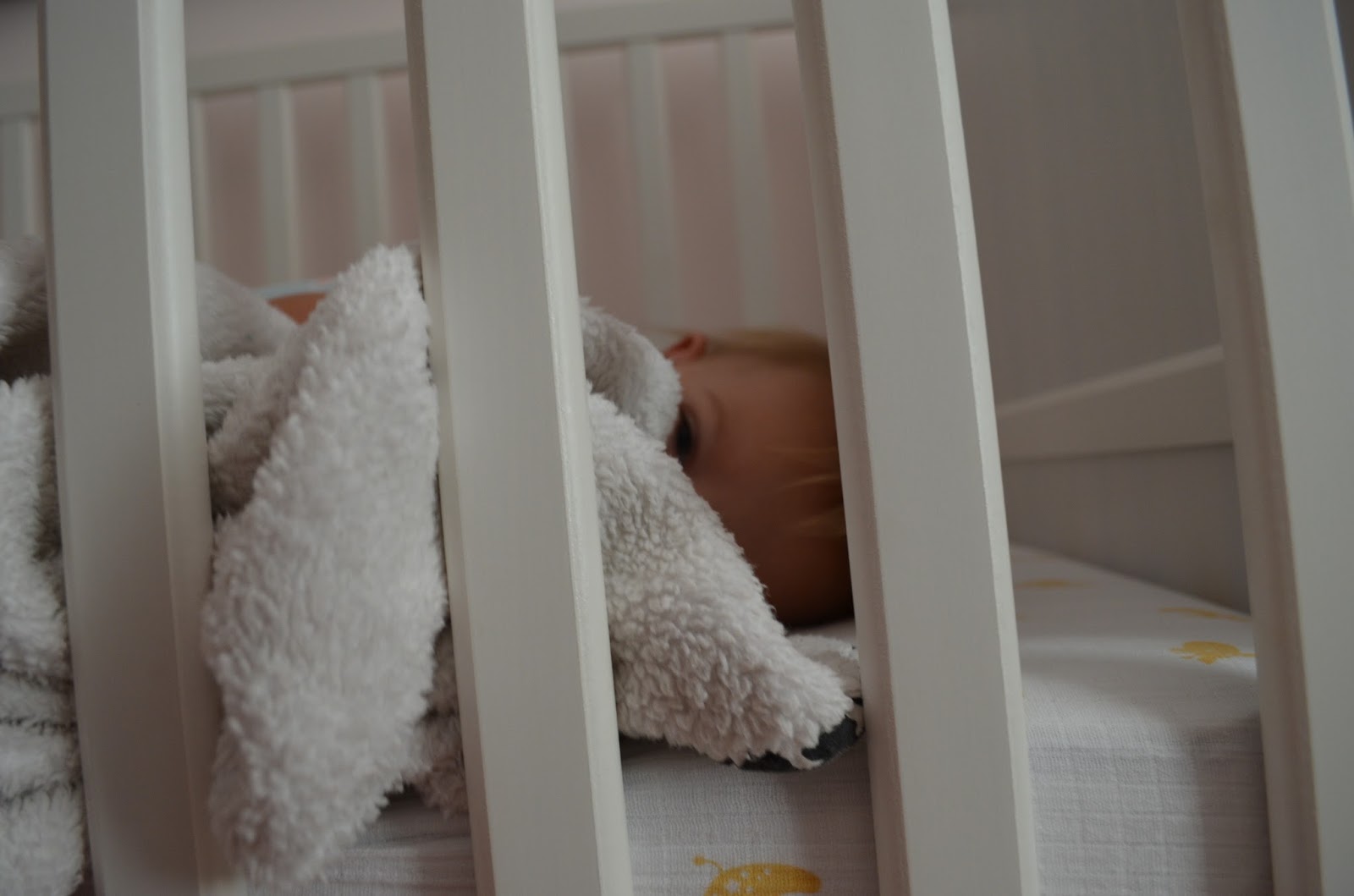 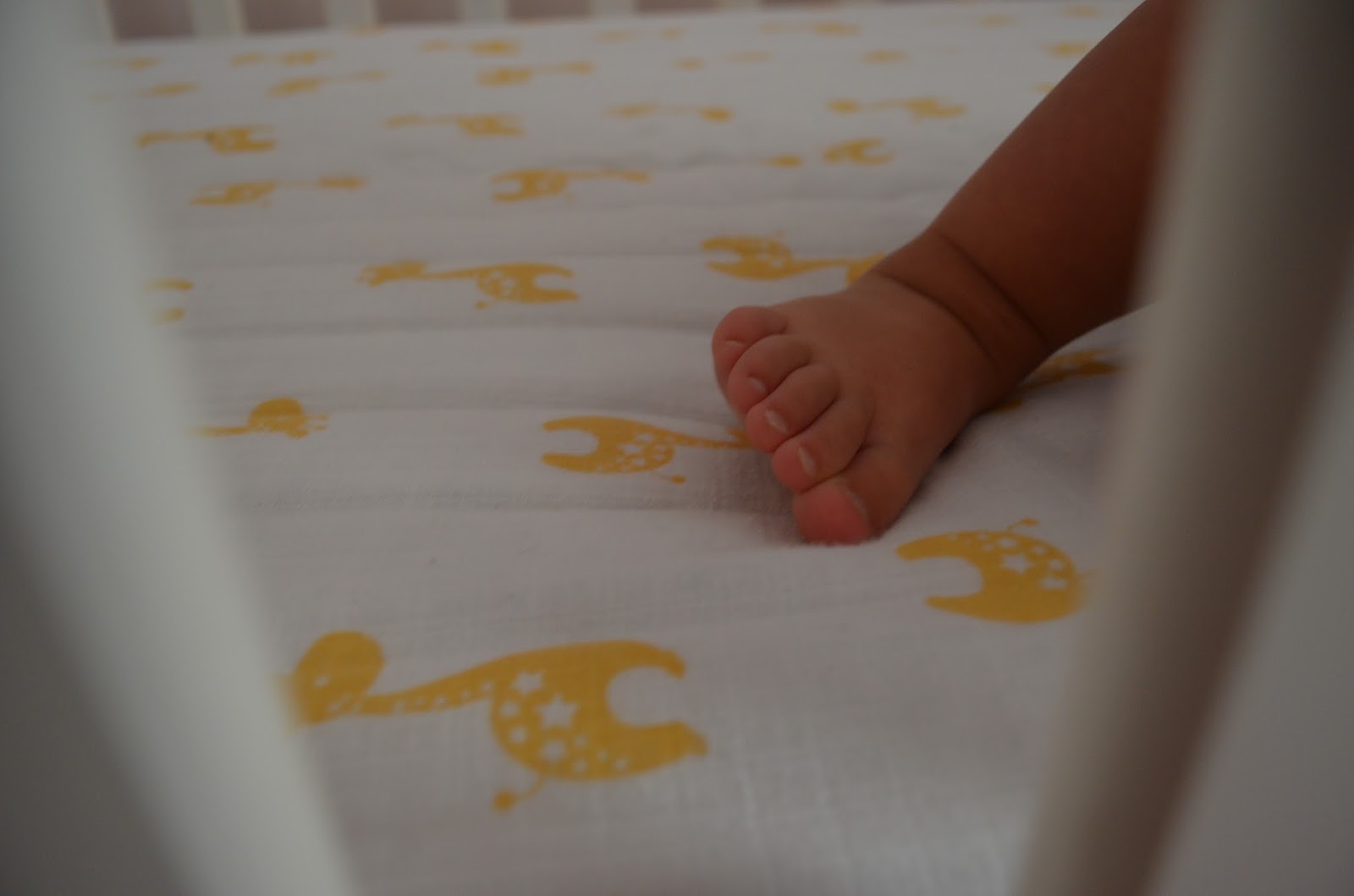 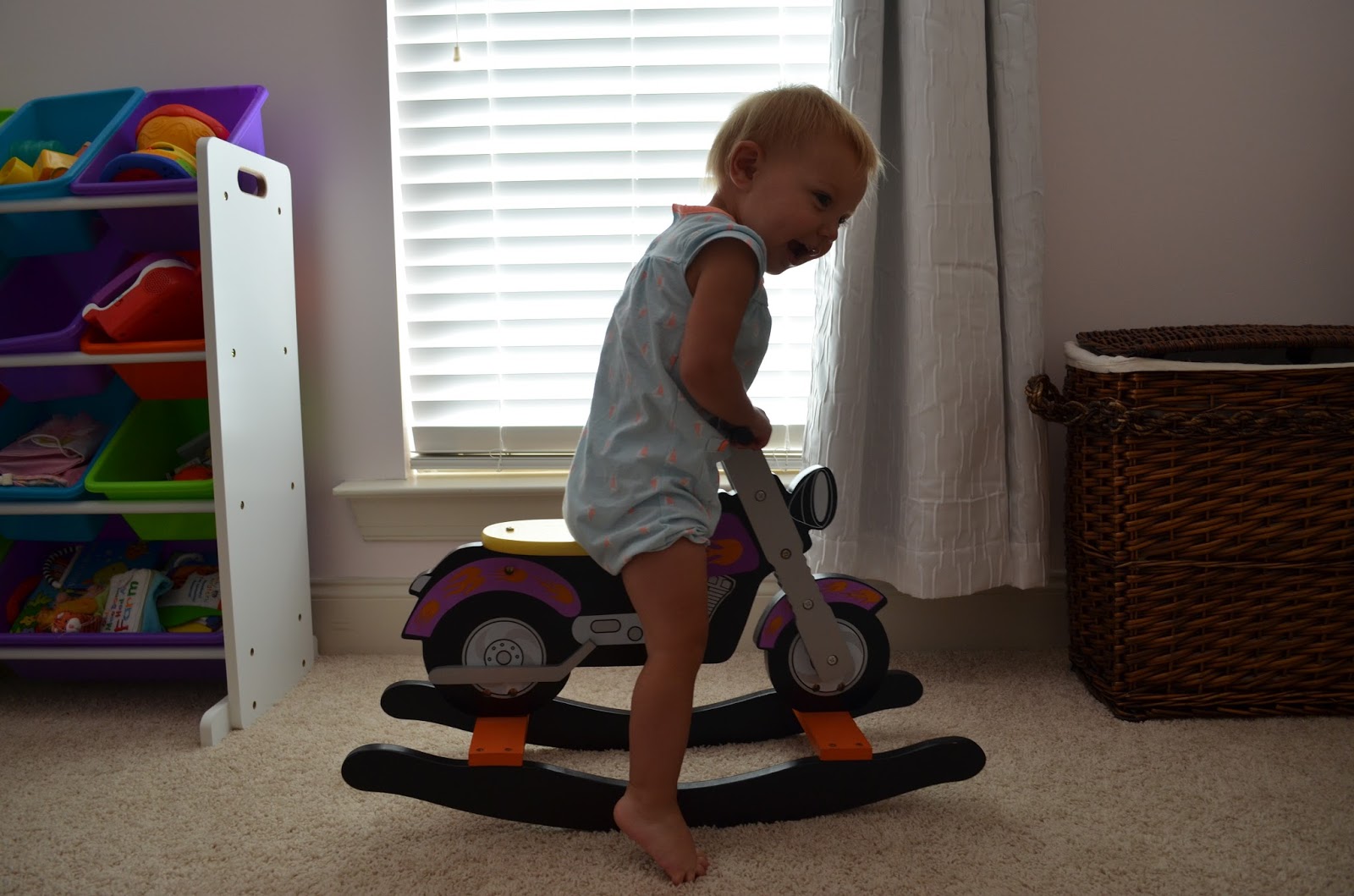 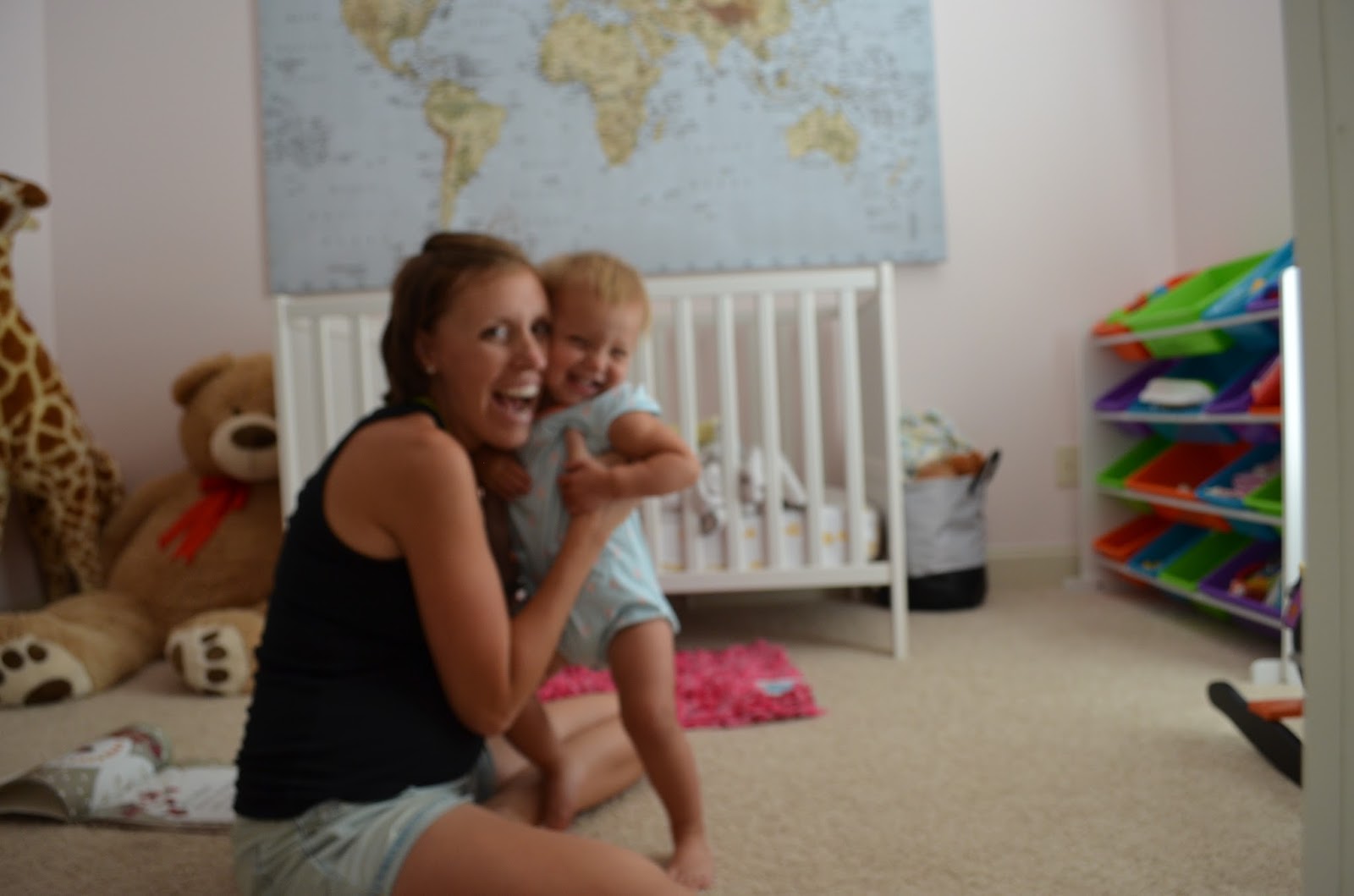 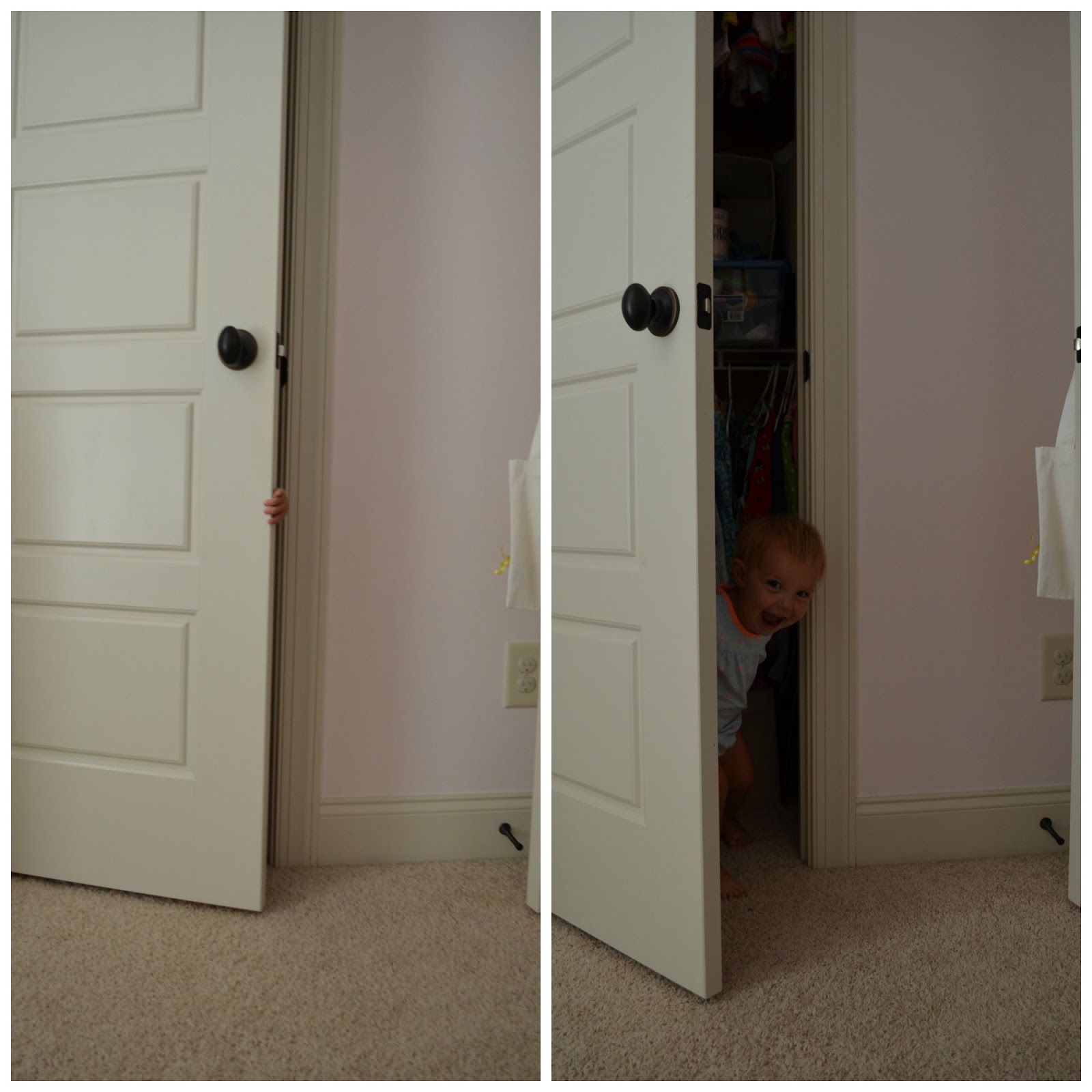 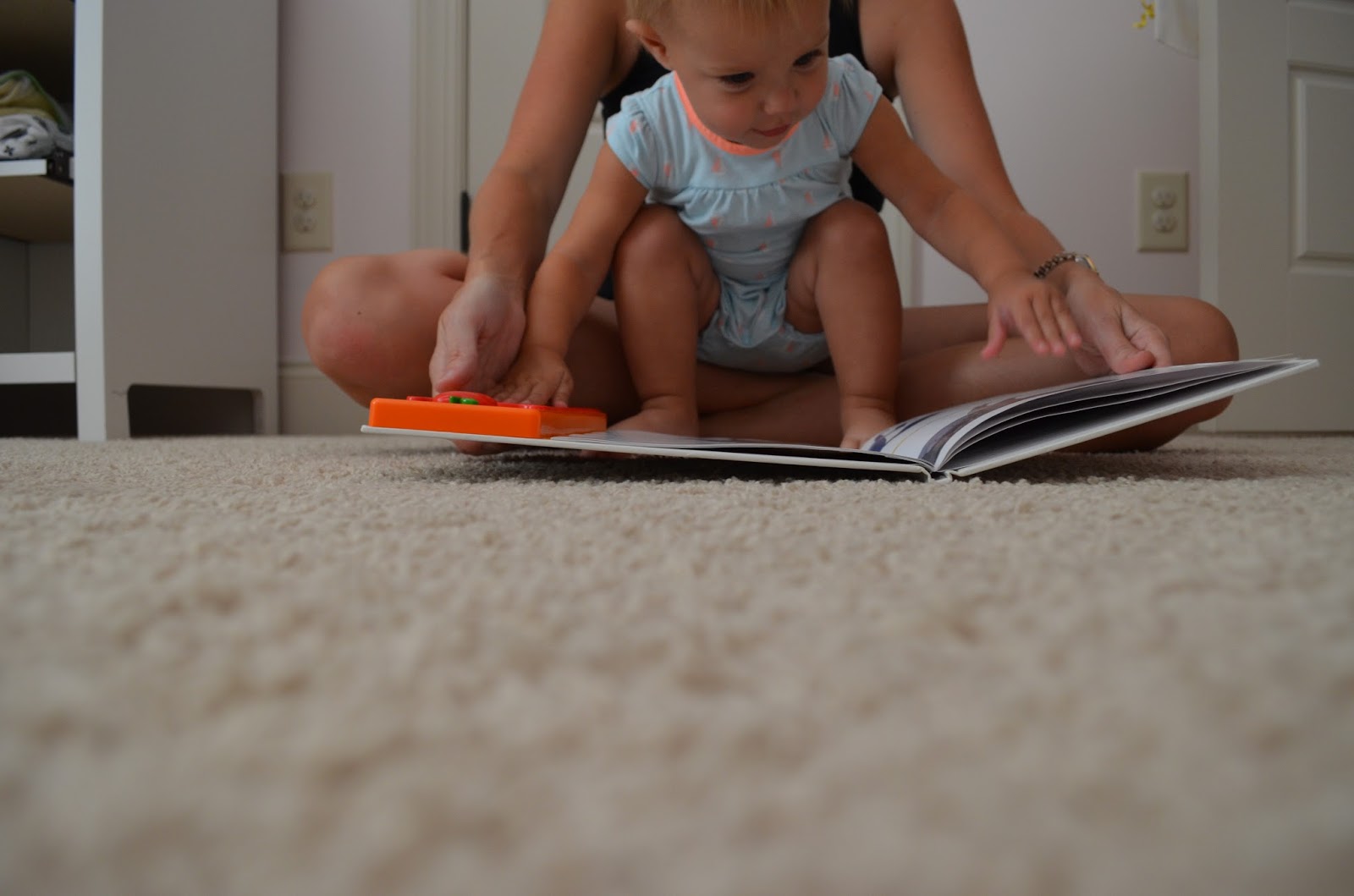 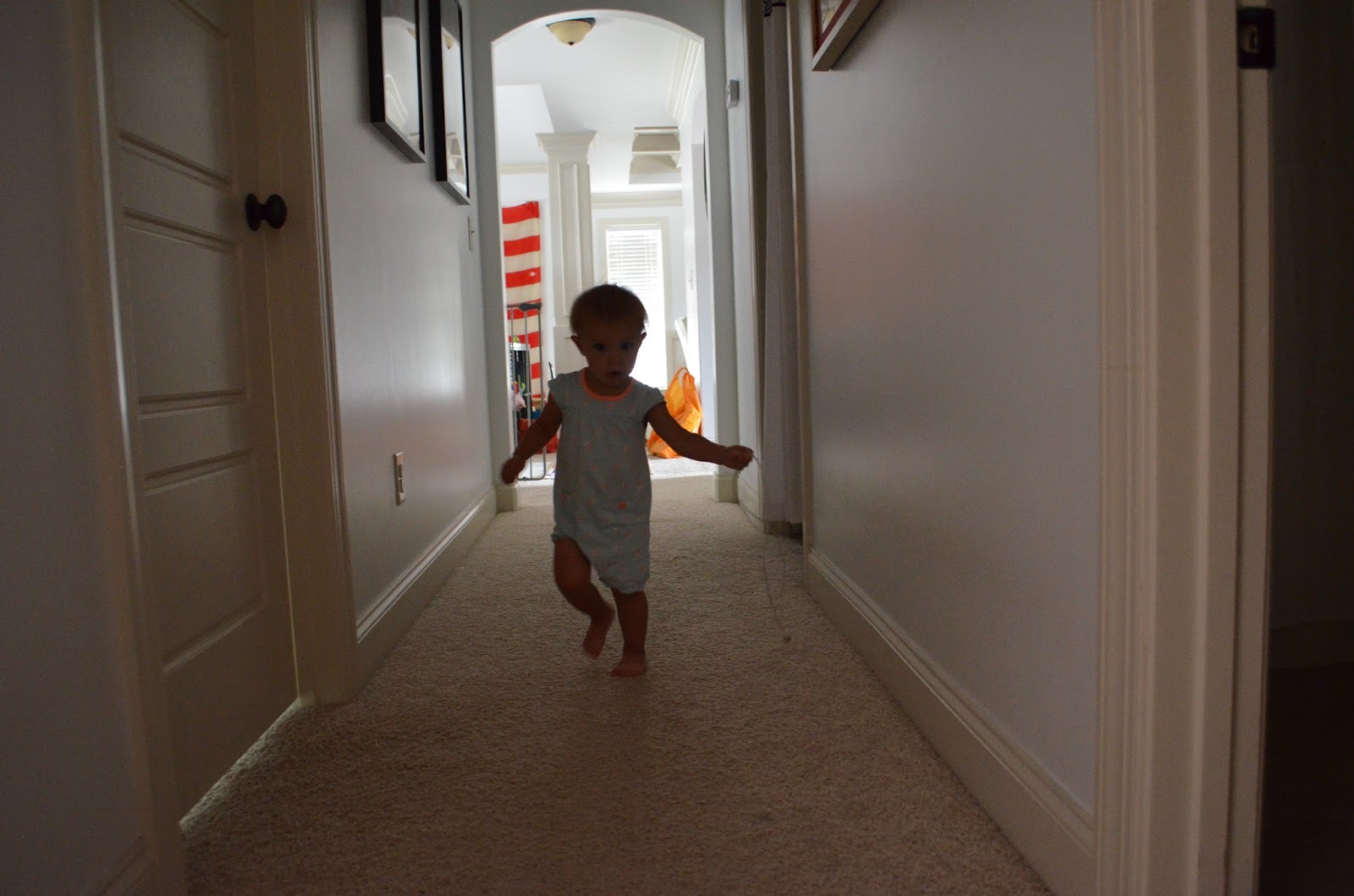 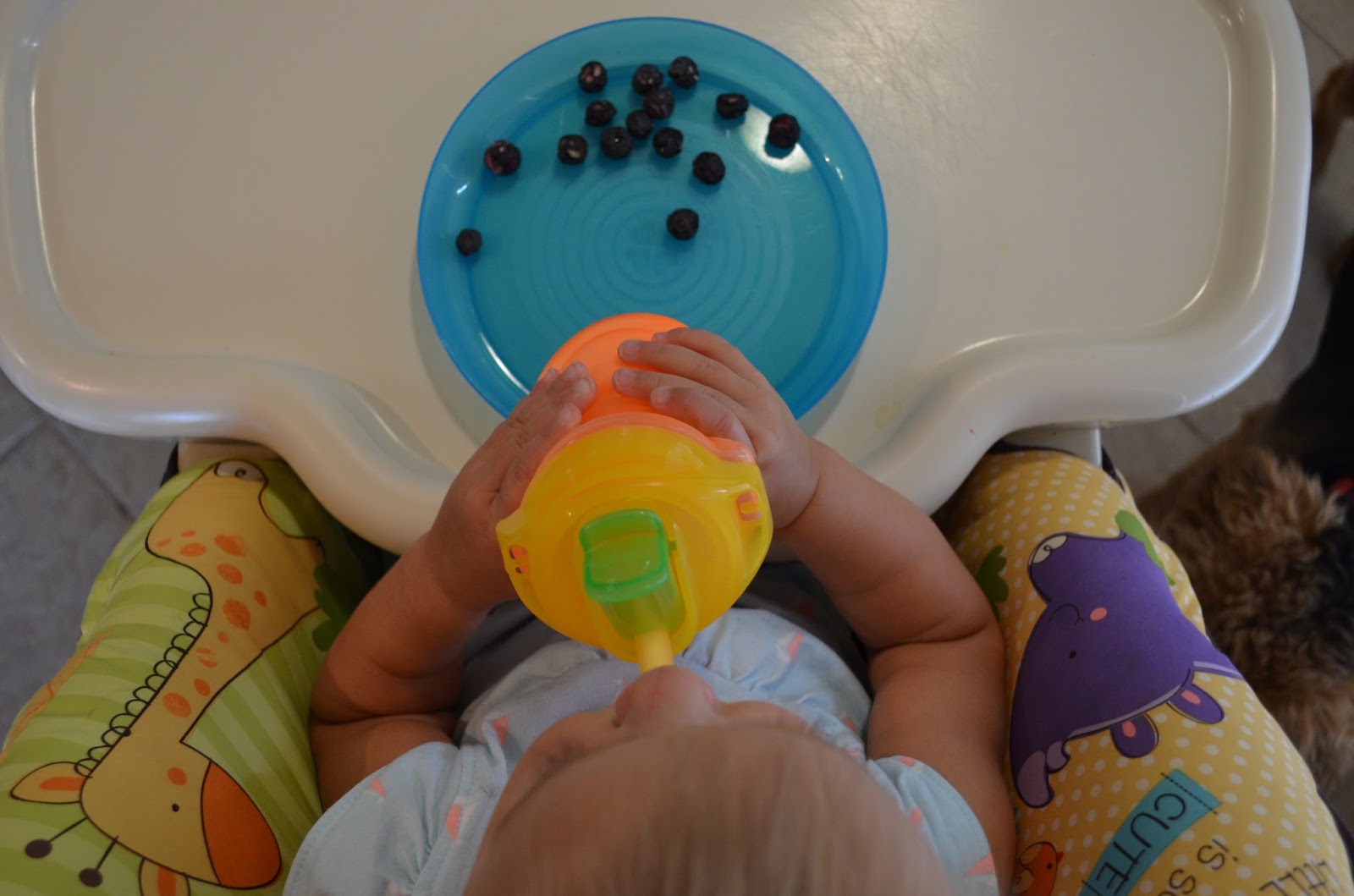 at 3:45 she has a quick snack to tie her over until dinner time. this afternoon snack was freeze dried blueberries and another cup of milk. 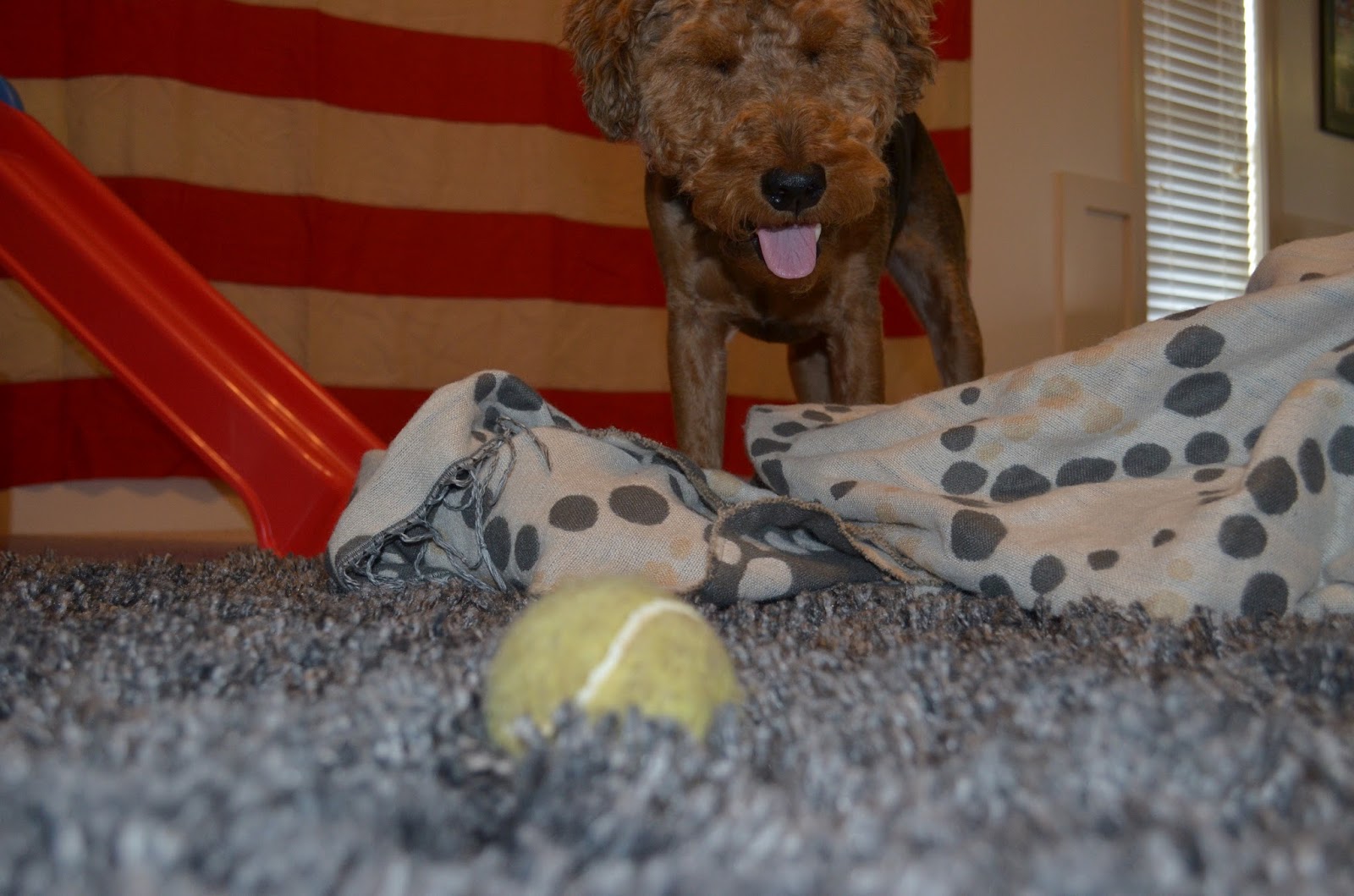 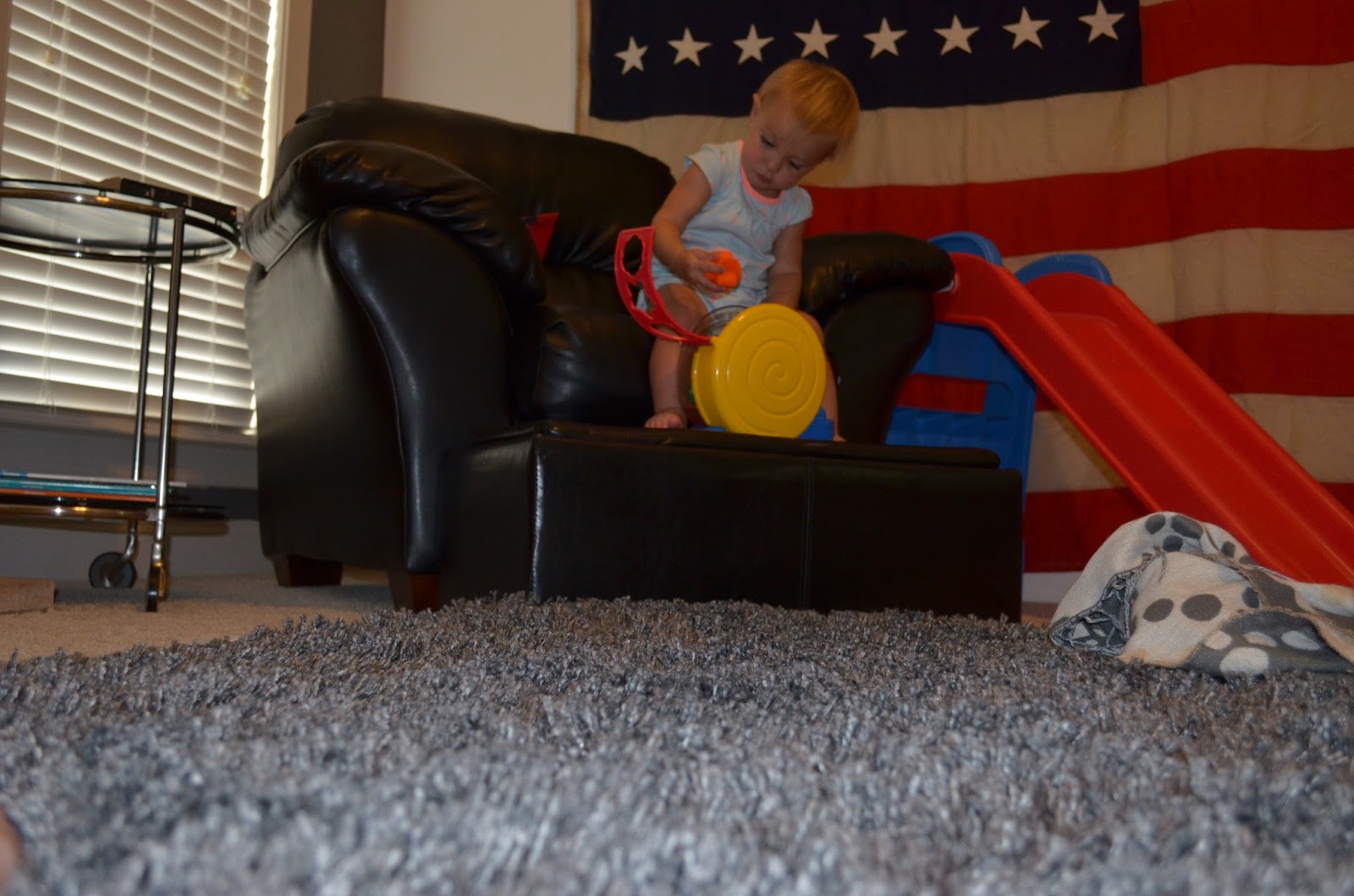 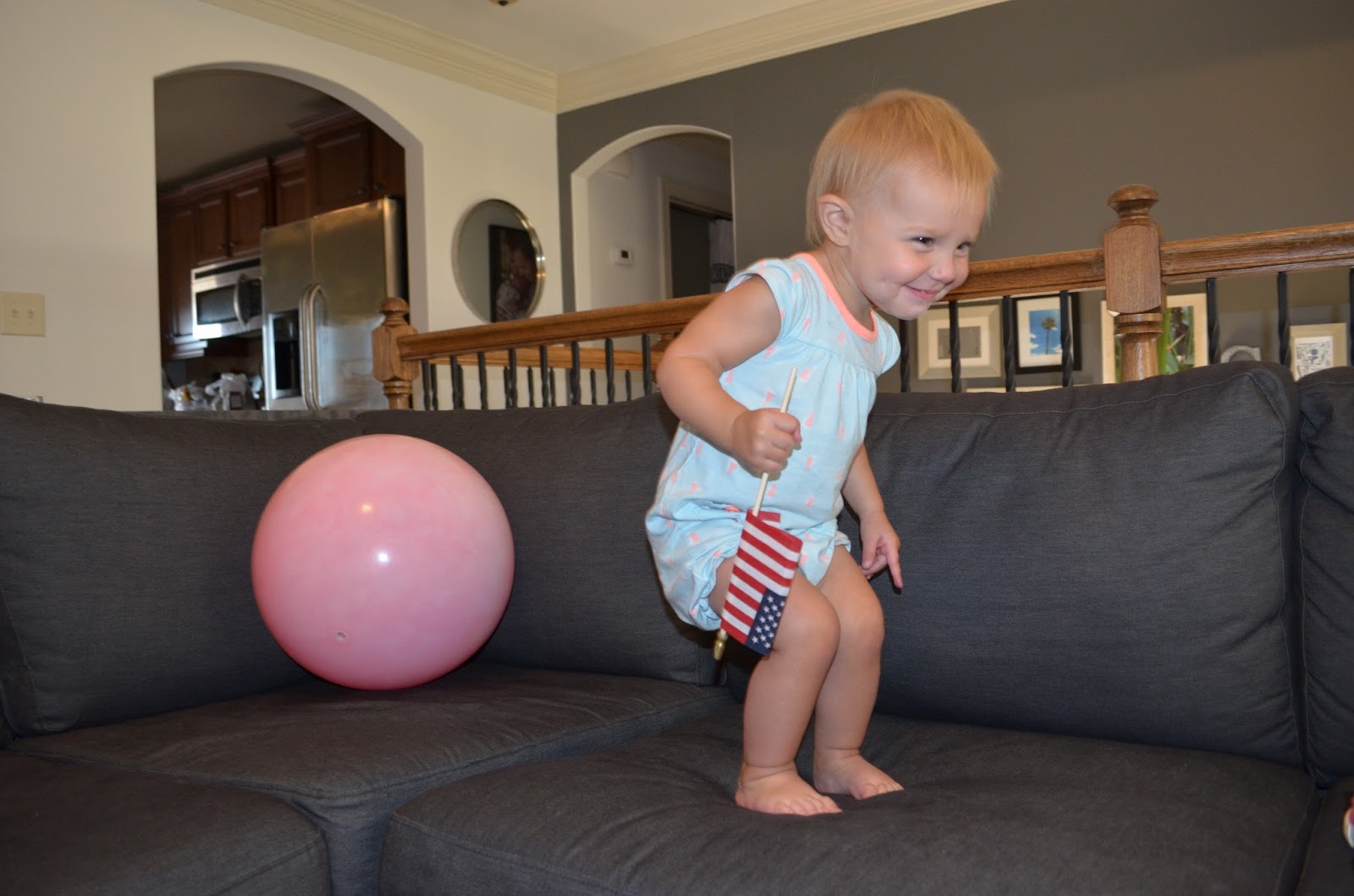 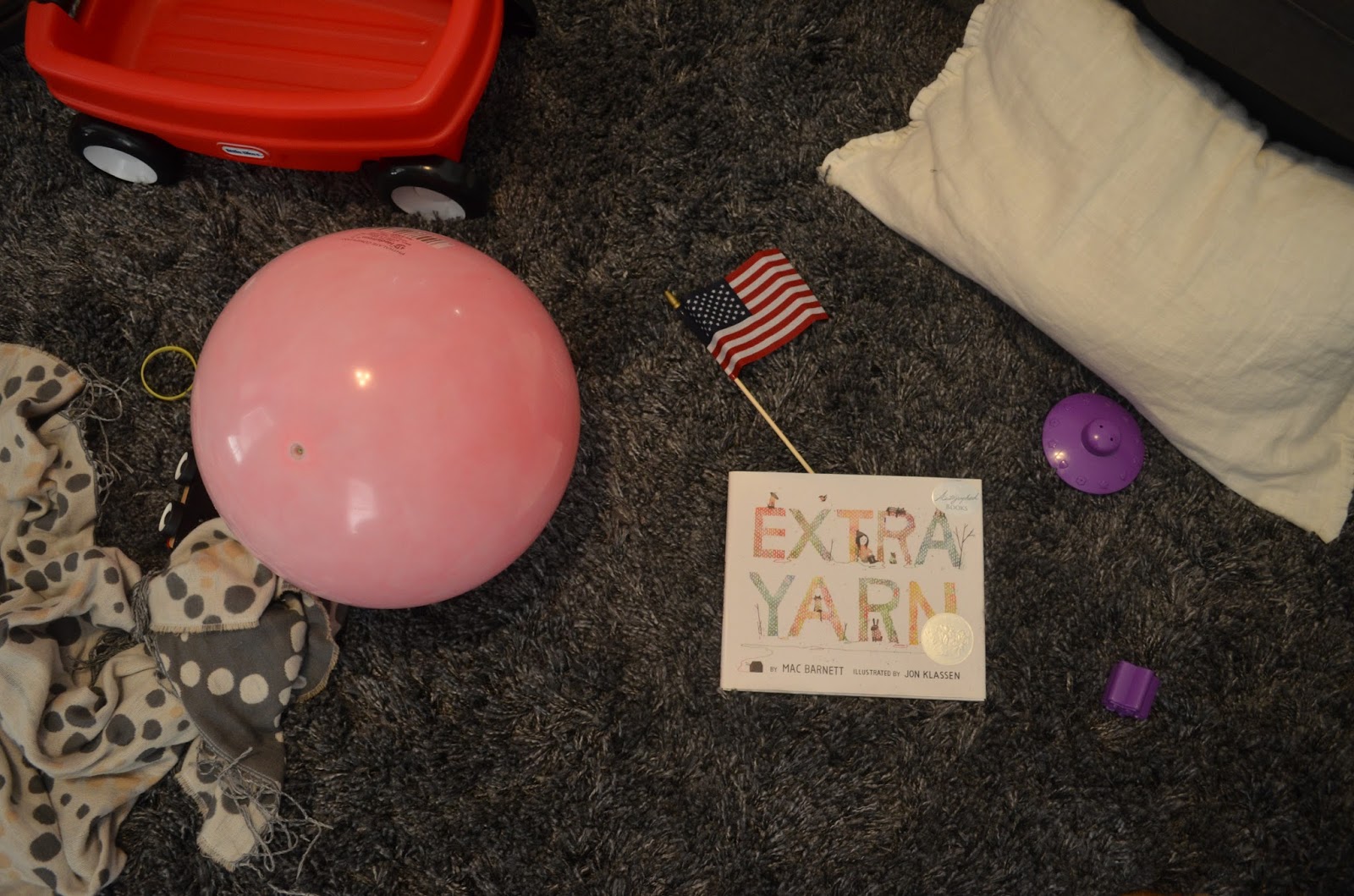 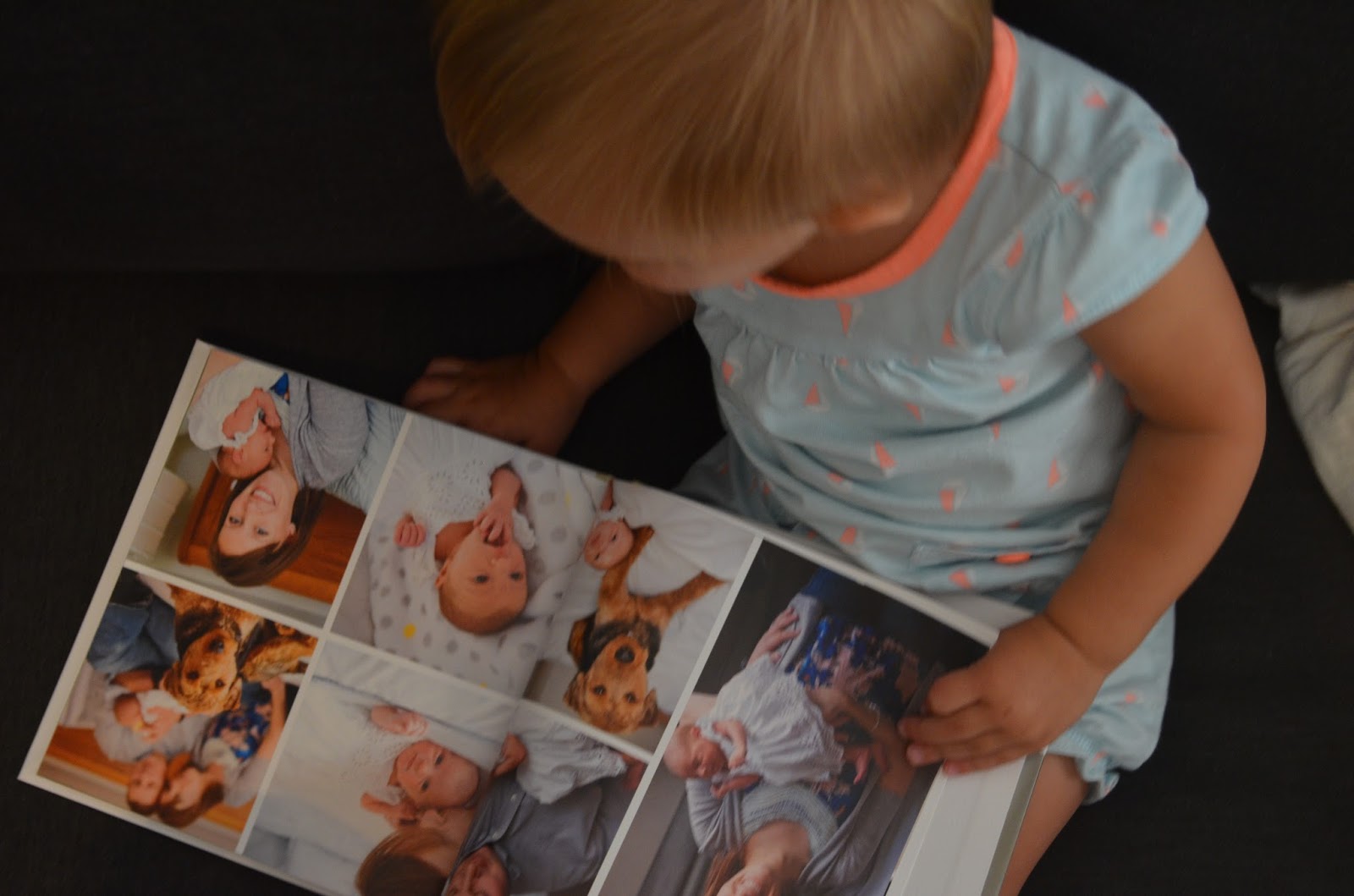 after her snack, we go to the living room to have a little play time. this usually involves her giant ball, slide, and running around the couch holding the american flag. she has a huge thing for the snail that has the cutouts for putting pieces in too. today she was very interested in pulling out her book of professional pictures we had done of her her first year and flipping through it while naming all the people in the book (“mama” “dada” “baby” “hijack” – aka jack). 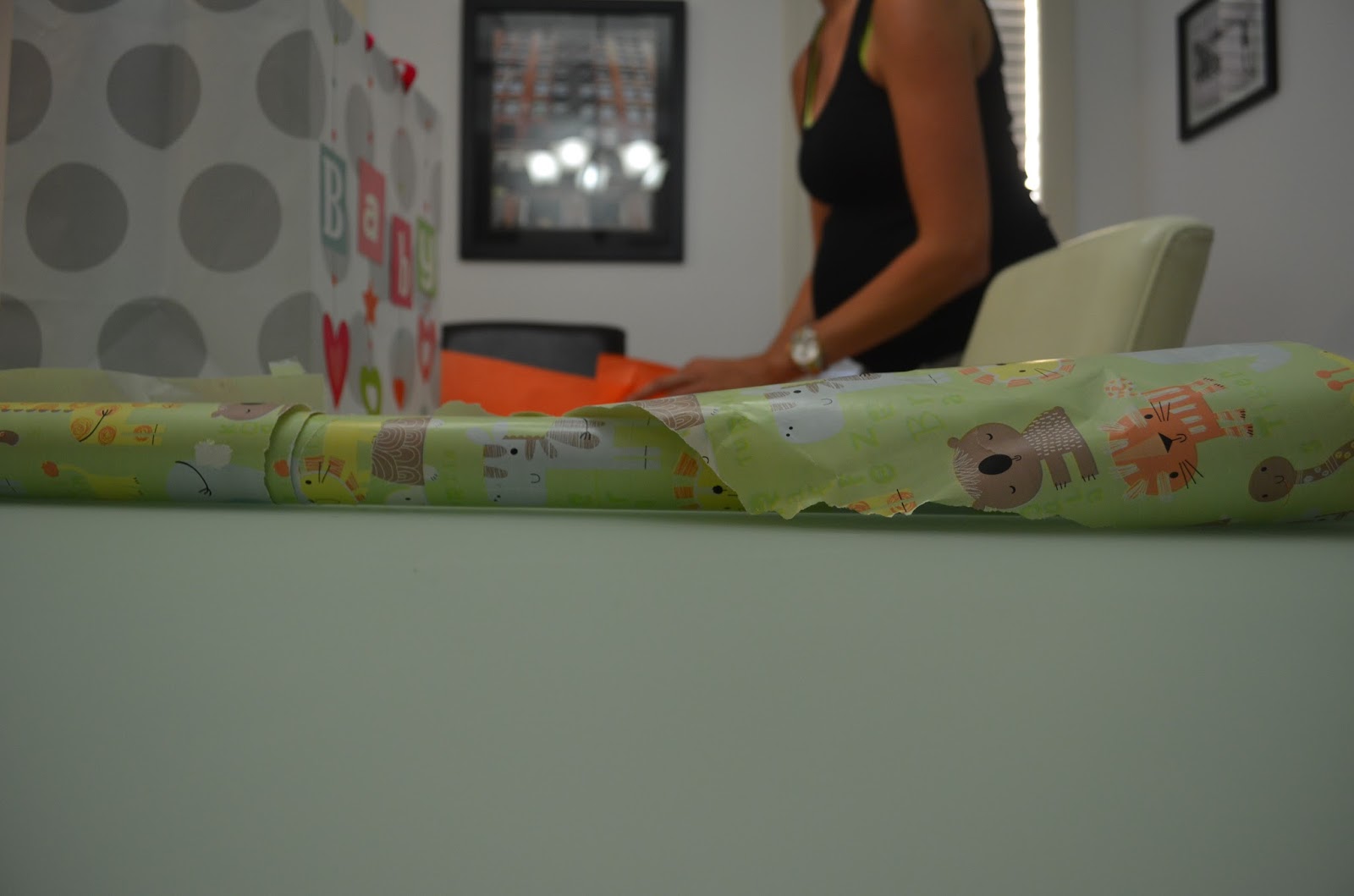 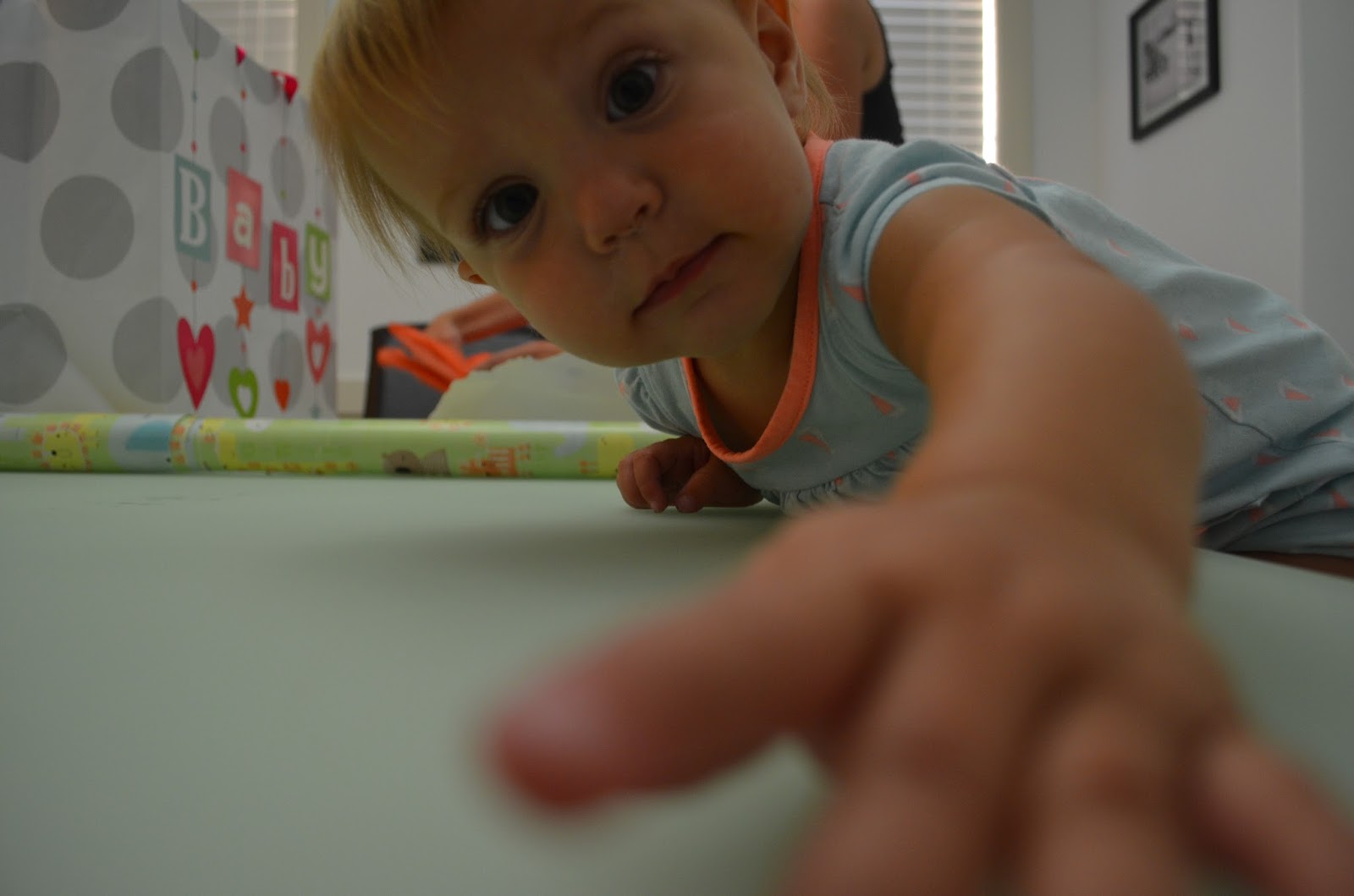 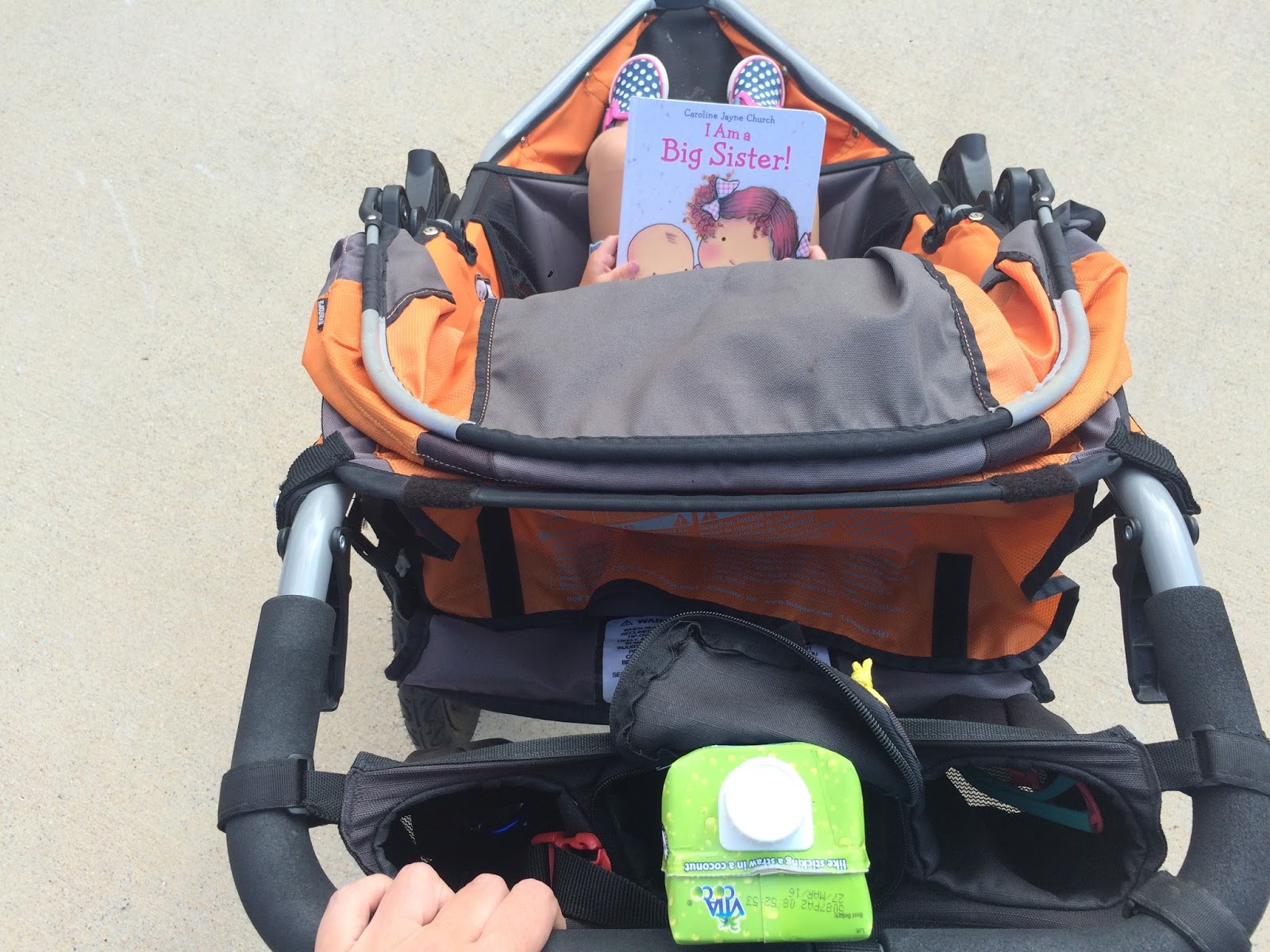 i wrap my sweet friends baby shower gift. addison pretends to help. we are now at about 4:30 and take a quick walk around the block to decompress before dinner and andrew getting home. once we get home, i start getting dinner prepped and ready to roll. 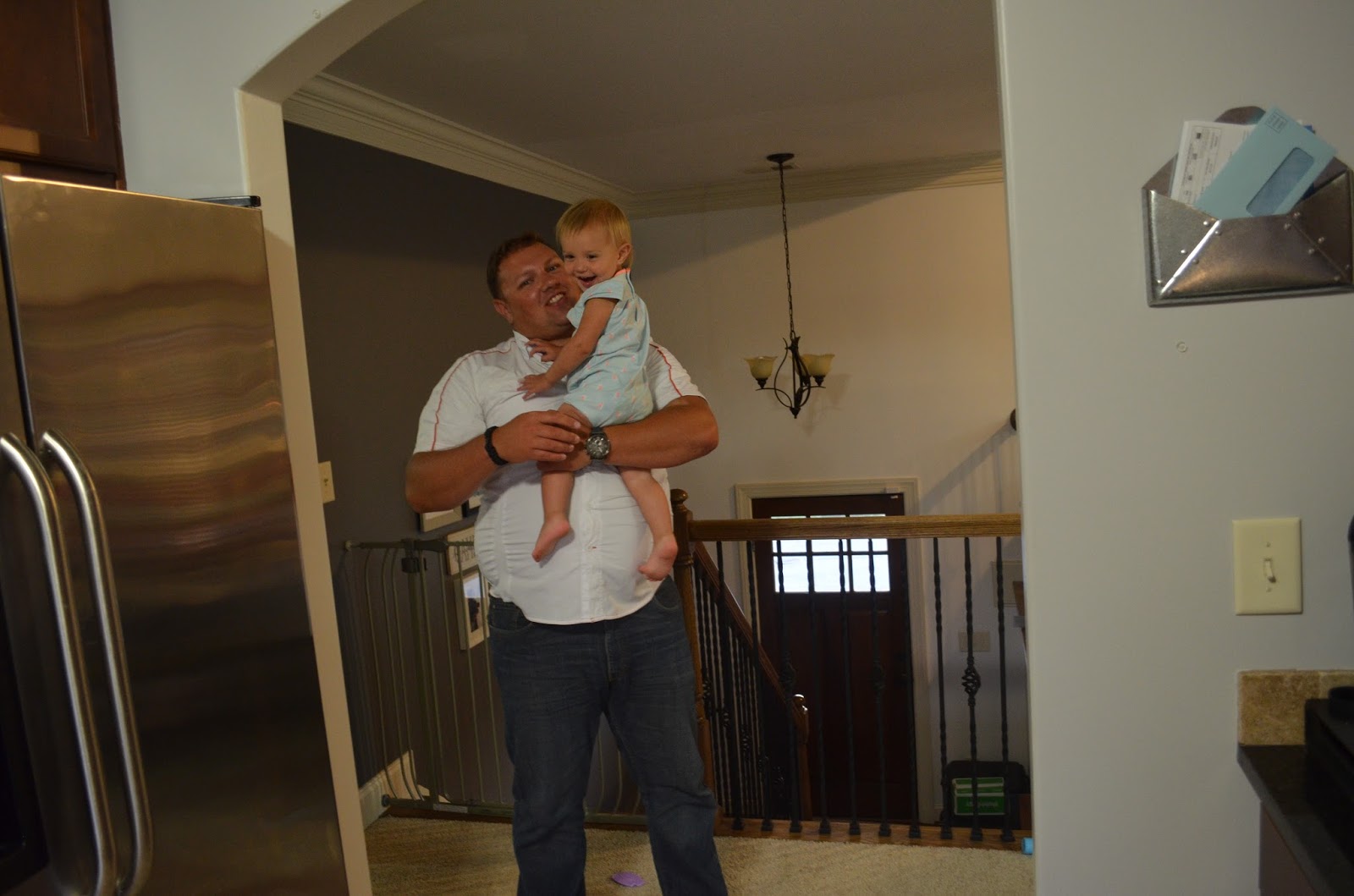 andrew comes home from work at 5:30pm and i put him in charge of addison while i finish cooking dinner. we had chicken parmesan with brussel sprouts and it’s one of the easiest things to make. 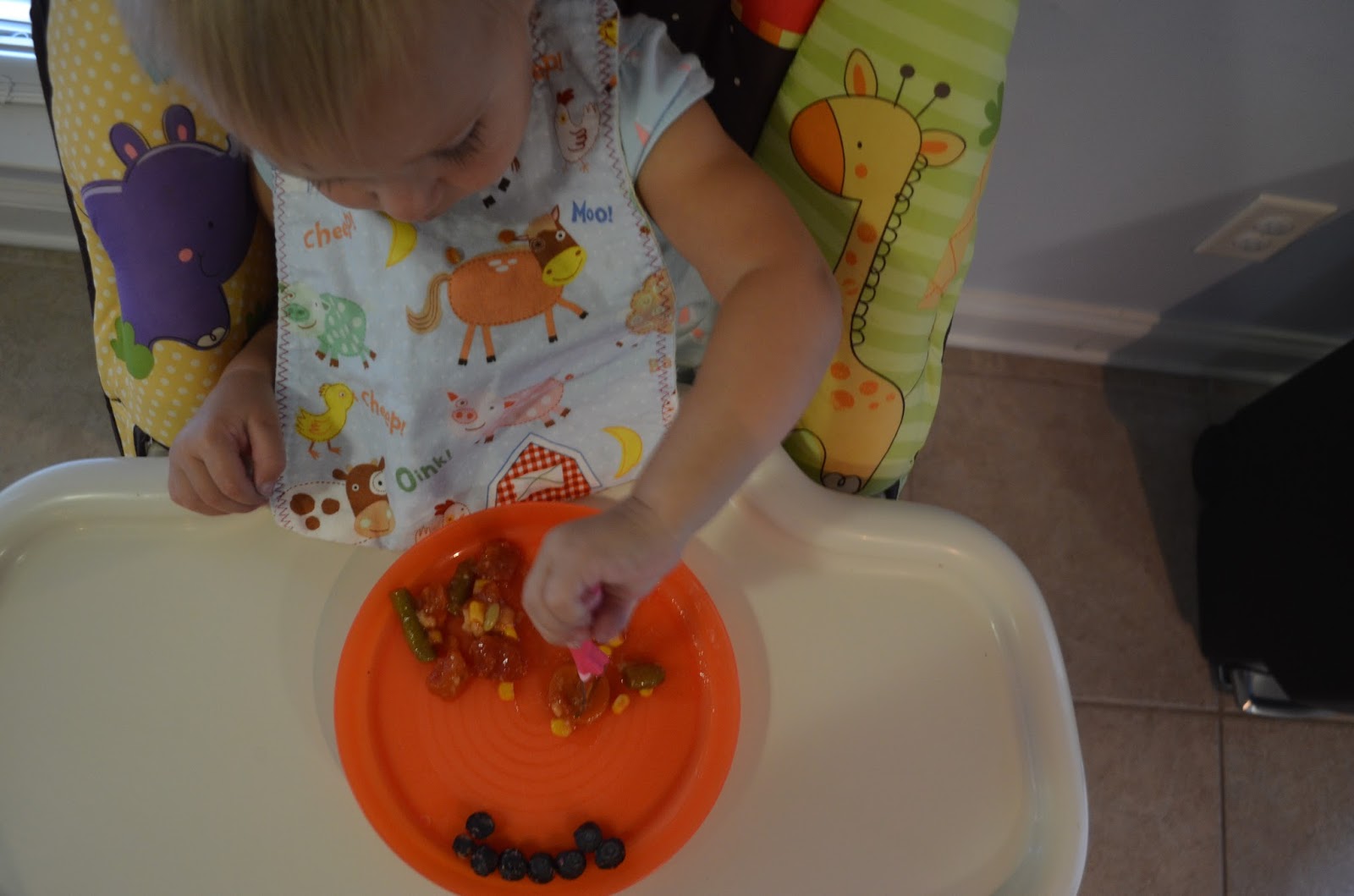 addison had her dinner around 5:45 and ours was still finishing up. she ate leftover vegetable soup that i made a few days ago plus some of the chicken parmesan that i put aside before i added the tomato sauce. once she is done eating, andrew and i sit down and eat our dinner while addison climbs on to our laps trying to get all the bacon that is in the brussel sprouts. 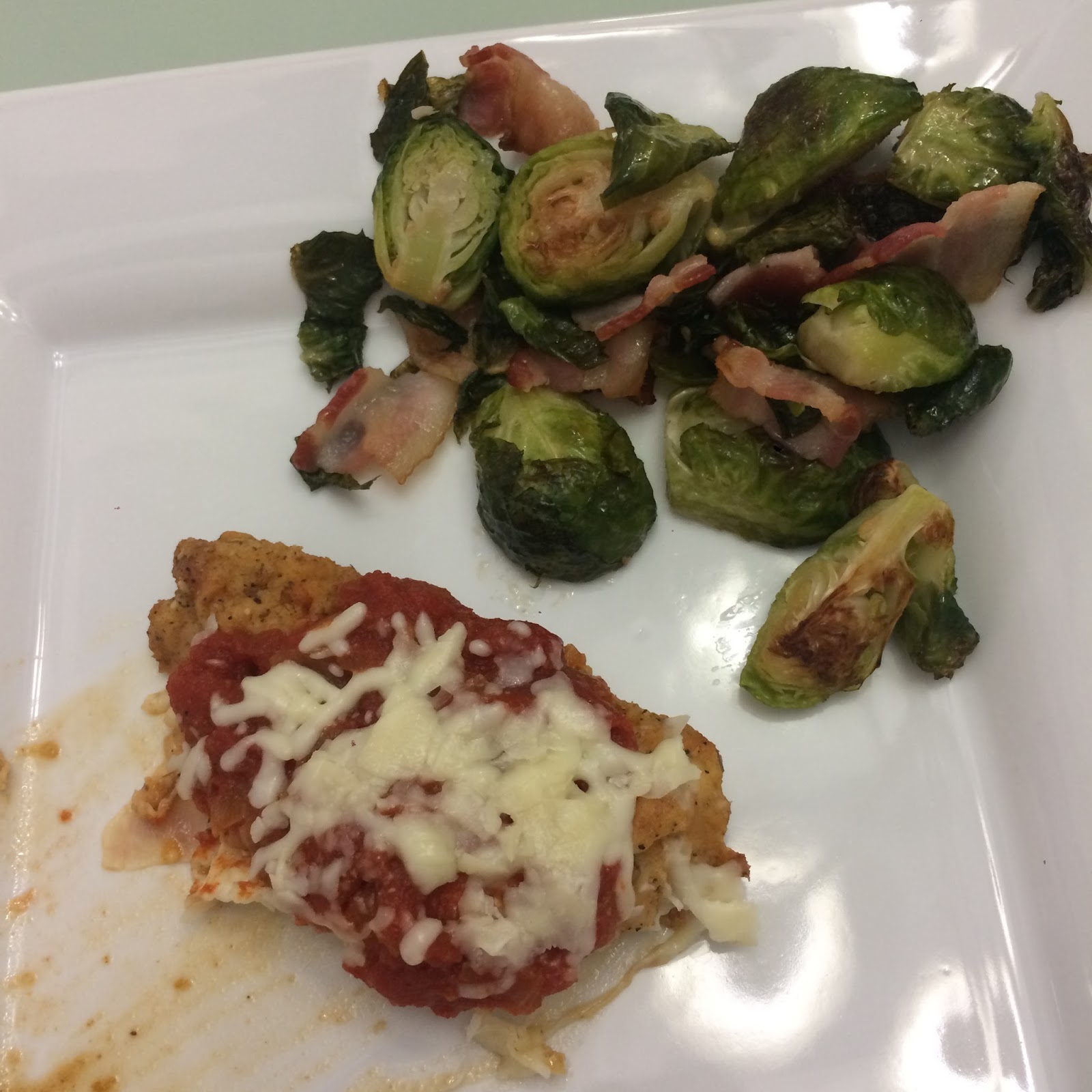 after dinner it’s the same routine. all the activities but daddy is around so it’s even more fun! we typically hang out in the living room on the floor. once 7:15 rolls around, addison and i head to the bathtub and she tries to jump in before the water is filled up with all her clothes on. after bathtime, it’s pajamas on, teeth brushed, book read, ten minutes of play in the bedroom and she is in bed by 7:45 usually.

it’s now 8:00 and we clean up the kitchen and watch tv. sometimes andrew has to get some work done so i read a little or write in addison’s book or blog or do some more work. on this particular night, we watched a tv show together…no idea what it was though. obviously it wasn’t anything i picked 😉

we are usually in bed around 11 or so. that needs to change though. i’m starting a 10pm bedtime next week because i’ve been so wiped lately.

whew. and life is good in our little abode.