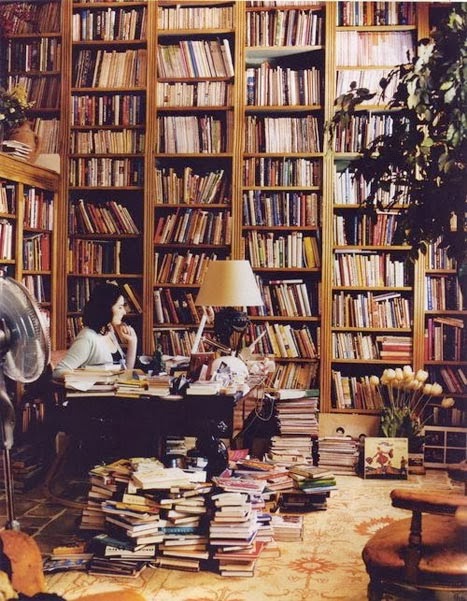 My friend Erin is doing a series entitled 31 days of white space on her blog this month. I have read every one of them and carefully inspected how they relate to my life but something she said in one of her postings has stuck with me for the last week and this past weekend I decided to do something about it. So thank you Erin for being an inspiration to me for this specific thing, but more importantly all the time.

I haven’t always been a book collector but once I hit my late teenage years, I realized that me and books clicked. They were my escape and every time I had the opportunity, I would be tucked away in a corner reading. This was especially helpful when I was trying to get over a break-up. I got more reading done than ever post break ups! However, the thing about books for me was that I had to own them. I couldn’t go to the library or borrow them from a friend because then I wouldn’t be able to place it back on my bookshelf after I finished reading it. Even though I hardly ever read a book twice, I was determined to have the biggest book collection ever.

All the books didn’t come with me to college (that would have been a little absurd), but when I did officially move all my things from my childhood bedroom to my current house, I realized moving books was the worst thing ever. Not that I really cared. Every one of those treasures were accounted for and damned anyone who took one without asking or never returned it on the rare occasion I did borrow out a book. Hell would raise loose.

We live in a little cape cod house built in the 1940’s so you can imagine there isn’t very much storage or closet room but there is an amazing built in bookcase that pretty much made the house a done deal for me when I saw it for the first time. About a year ago or so, my capacity was at its max for the shelves and I started flooding into the living room to use some for décor and the rest got stashed into boxes and kept in the spare bedroom. I was well over 300+ books and Andrew finally mentioned something about downsizing and getting rid of some that I know I won’t read again. I completely flipped my lid and let him hear a piece of my mind about how books were my thing. I may have mentioned him getting rid of his tools if I got rid of my books but I knew I was in the safe zone since he would never do that.

Less than a week ago, I was going through my regular blog reads and came across Erin’s post entitled Your Home Is Your Story. I’m not going to tell you what she says because that girl has such a way with words that I don’t want to ruin it. I will say though that she talks about how you want your story to be told through your home. In the midst of my pregnancy, I have been weeding out a lot of things. Monthly Goodwill runs are a regular thing. ThredUp is constantly seeing requests from me for another bag to fill with clothes. It’s feeling good to get rid of. Andrew and I just went through the kitchen last night and cleaned out three cupboards that we use regularly but never sort through. I didn’t know it had to be done until it was done. And it felt so good. My point though is that there is one line in Erin’s post that stuck out (maybe because it was in bold?).

I believe that books on a shelf are like little personal trophies. But too many of them can steal your breathing room.

It got me thinking about the books I have and how it never occurred to me that I should get rid of some of those. The countless boxes that are piled up in the closet and the shelves that are stacked two rows deep. Books aren’t meant to live on a shelf. They are meant to be read, laughed at, cried on, passed on so the next person can enjoy them. I was being selfish with keeping them all to myself. Then I started asking myself all sorts of questions. Will I ever read these books again? Do I even remember what they are about? And more importantly, did they mean anything to me? So at ten o’clock at night, I rolled my computer chair in front of the bookshelf and I attacked it. Books flew off the shelves, boxes were ripped open and thrown into piles and I got rid of. It’s still a work in progress since there are so many that I want to read before I get rid of them but I am now just down to the bookshelf on the wall and one of the shelves is empty. Did you hear me? I said EMPTY. I have about 40 more to read first that I know I’m going to donate once I finish reading them but it already feels so good and I’m not even done. It feels like I can breathe again. And when I do find another treasure at the bookstore I know it will have a home instead of being pushed and shoved into a little crack in the shelf where there is jusssst enough space. I might even go a little crazy on you and hit up the library for a book. Whoa now, I don’t even know this Erin anymore!

PS. If you’re reading this Erin, my husband says thank you. I can’t thank you enough either for making me see the light in my book hoarding issue!