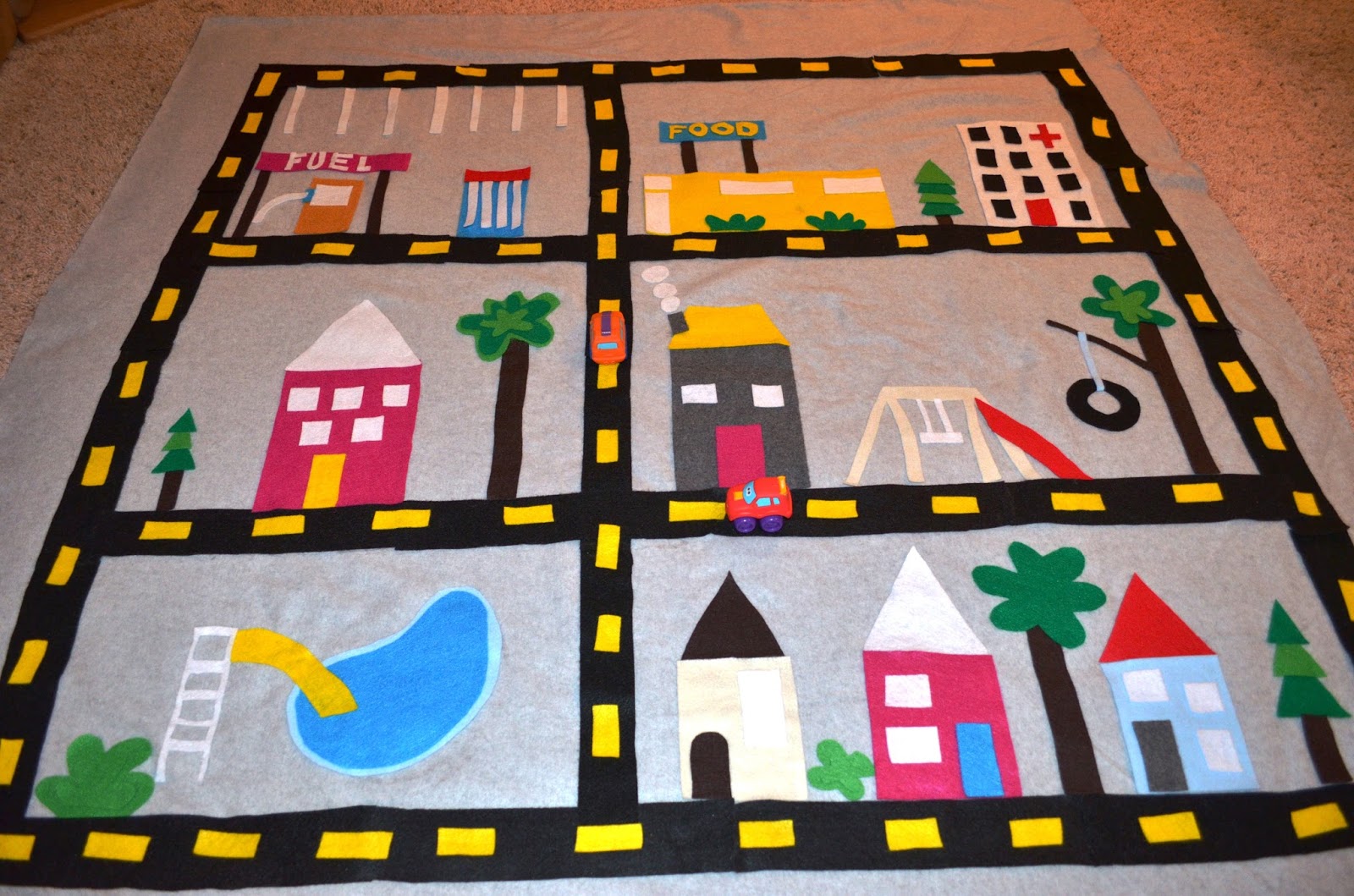 my godson and his twin brother turned two the week that we were in milwaukee for thanksgiving and we were able to attend the party. i was so thankful that it happened to land the weekend we were back because i missed their first birthday party and it broke my heart. i wanted to make something special for them this year instead of going out and buying something. i almost felt like i had to make up for not being their last year!

after a little research on what toddlers could get use out of for years to come, i decided to make a felt car play mat for them and include a box of matchbox cars. though this took a long time to make and a lot of patience when it came to cutting and glueing, i had so much fun making it.

lots of netflix movies were involved in the process and late nights after addison went to bed but it kept me busy last month while andrew was traveling so much. 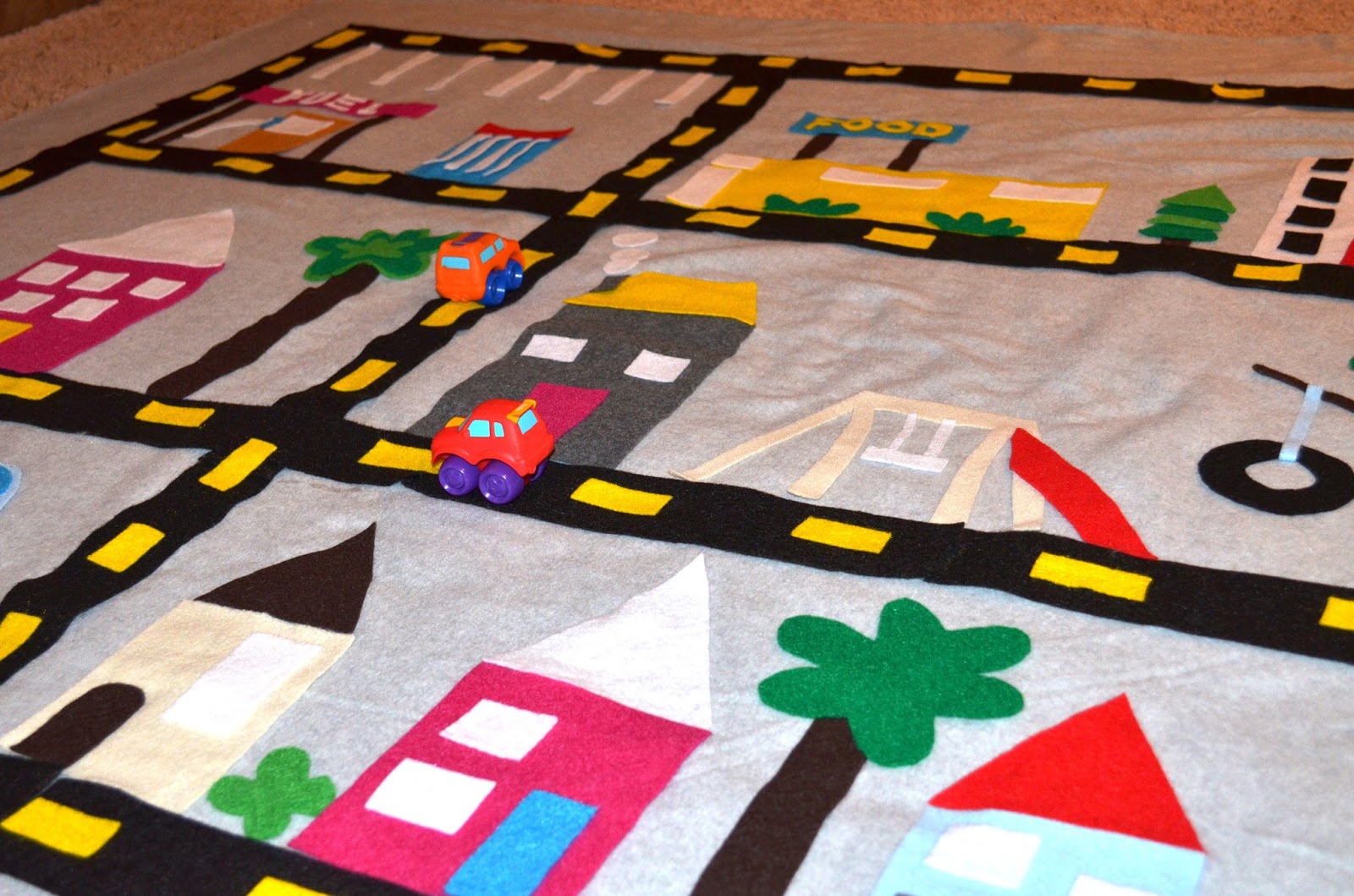 i used a yard and a half of fleece blanket from joann fabrics for the base and the entire thing was put together with numerous sheets of felt. i glued everything down with fabric glue and let it sit over night every time i glued so that i knew it wasn’t going anywhere (it takes a pretty long time to dry stiff). 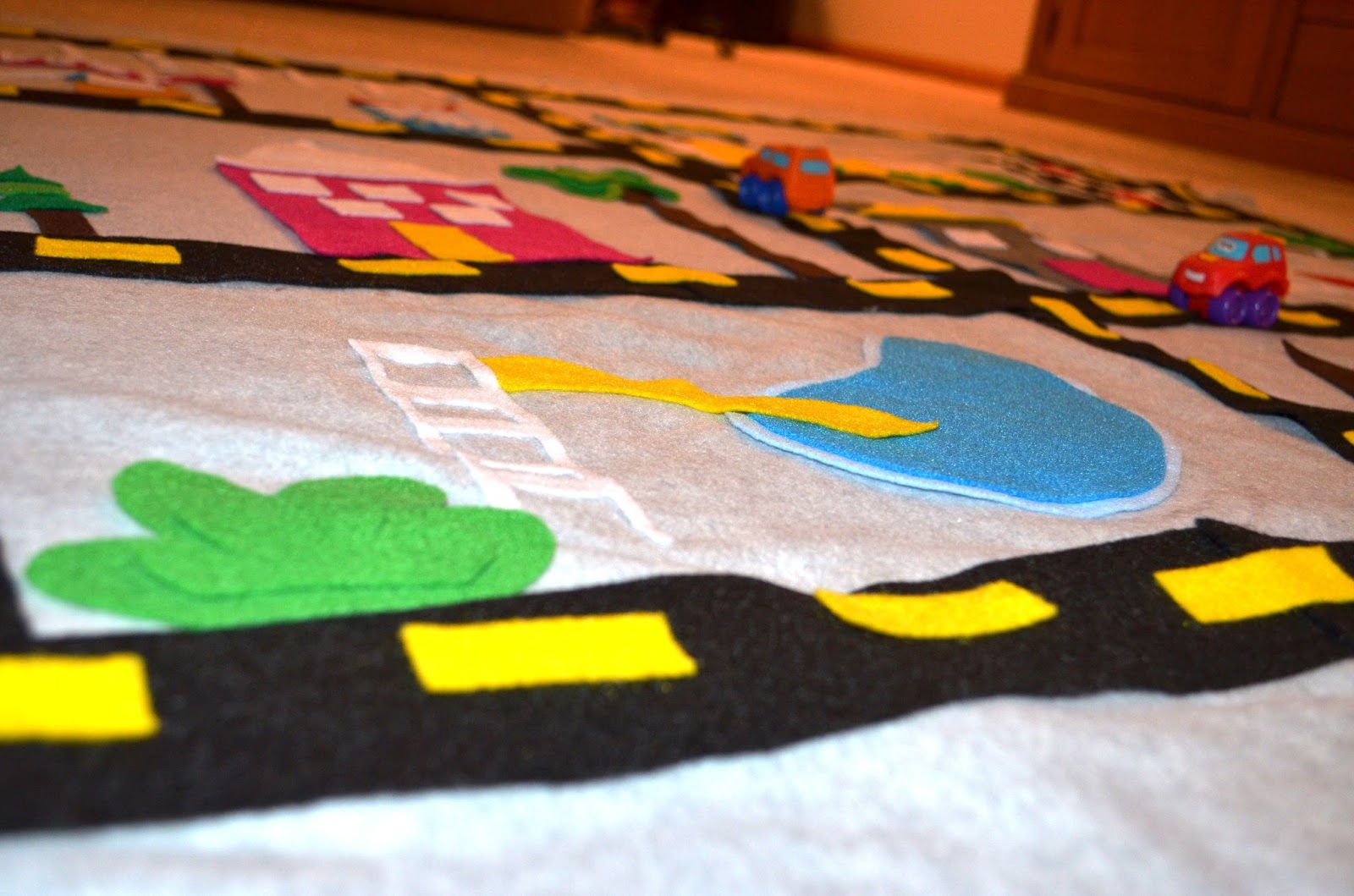 i tried to get as creative as i could with the playground and the swimming pool instead of just having it all be houses but i have to admit that my favorite thing on the whole blanket is probably the car wash because the white flaps go up and you can actually put a car underneath it! 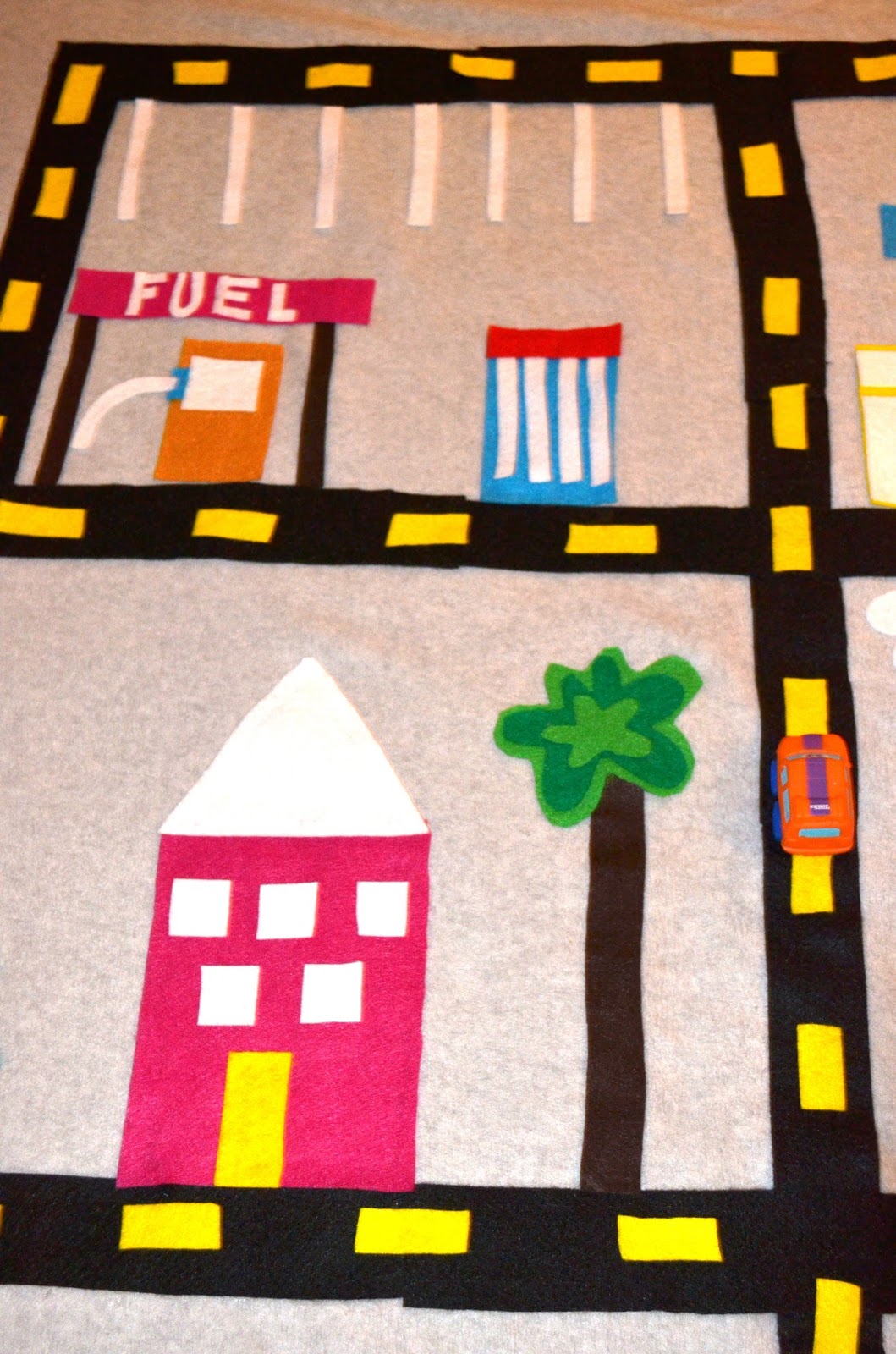 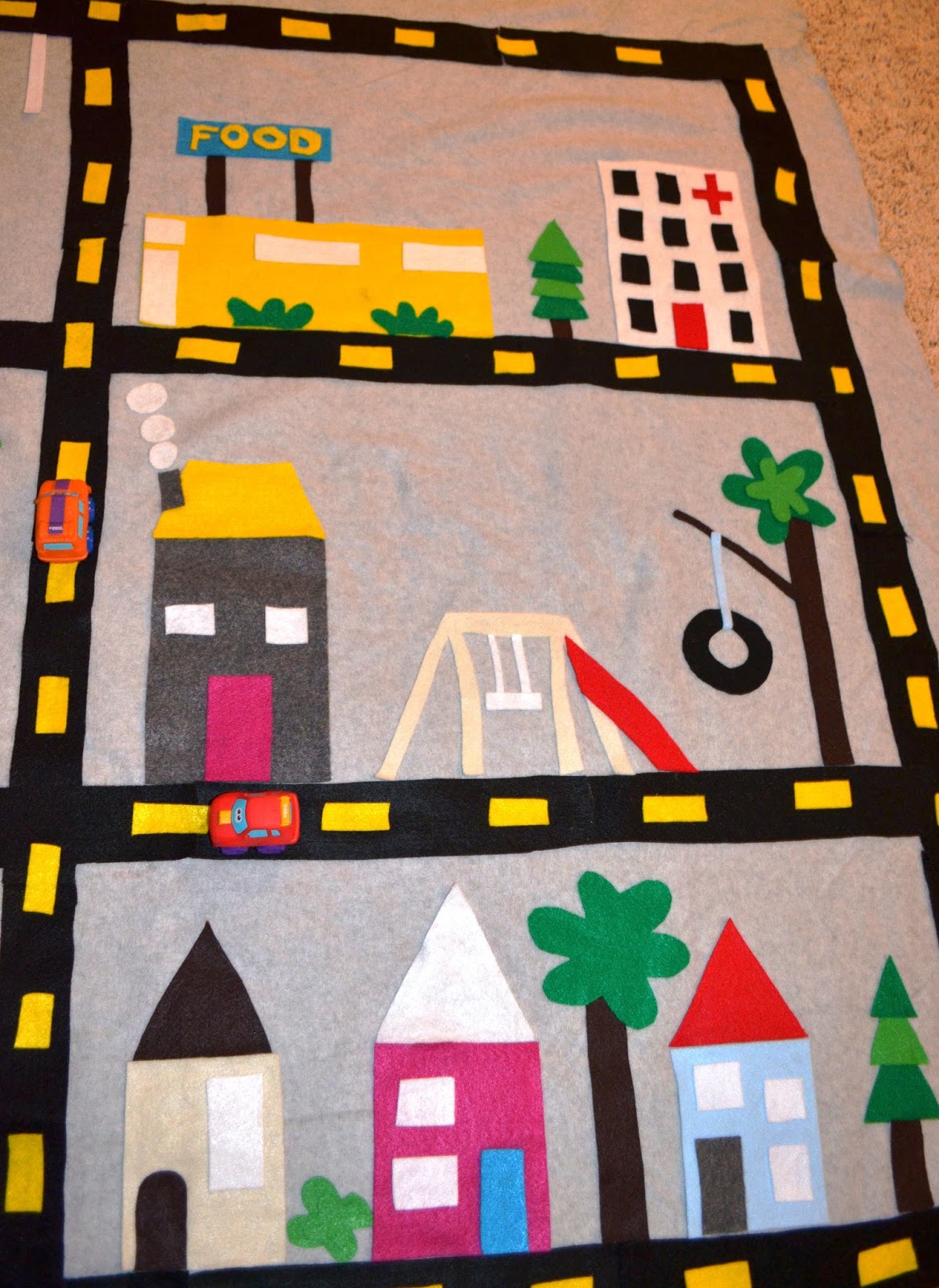 i got the original idea from elise and emma’s book happy handmade home, but there are lots of more ideas on pinterest of anything you’d want to add to your blanket.

hopefully they will enjoy playing with it for years to come! 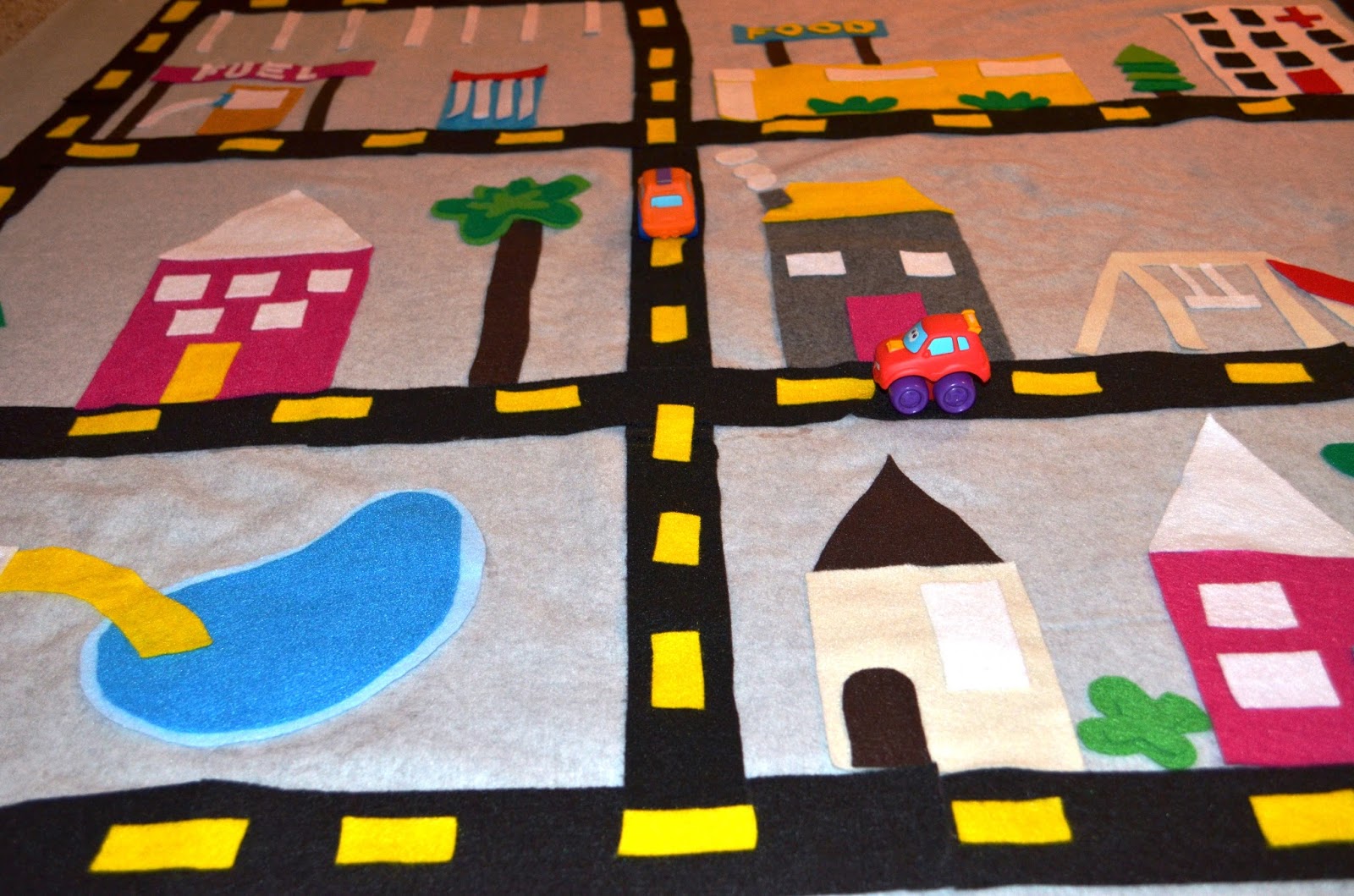