I’m so excited to be joining Bonnie this year for her virtual book club and we definitely started the year off right with our first book, The Husband’s Secret by Liane Mortiary!  I really liked this book a lot and ended up reading it in 6 days!  It was one of those where I got so into it that I couldn’t put it down.  I highly recommend it if you ever need a little light reading.  Okay, on to the review…

(Also, I’m a little vague in my details in the questions below only because my book club that I’m in right now is reading the same book and I don’t want to give away too much detail but I’ll do my best to not have very many spoilers!) 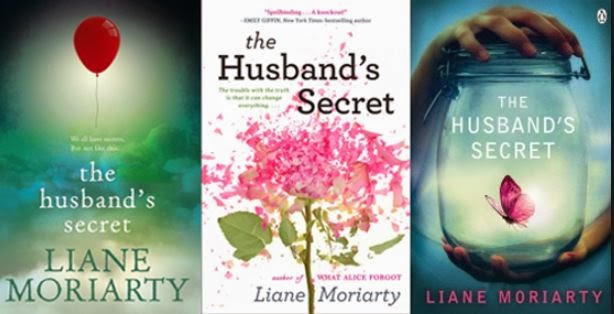 The book is told from the viewpoint of three women. Which women did you like the most and why?
I really liked all of the women in the book.  There wasn’t one that I really dreaded listening to when her story came about.  I think if I had to choose, I like Tess the most.  Her side story really had nothing to do with the plot but I thought Tess as a character was pretty good.  She went through a lot with her husband and her cousin and I feel like the way she reacted was probably the exact same way I would have reacted if I was ever put in a situation like that.  I loved the way she was just like figure it out, do what you want and then let me have my life back.

Whom did you dislike the most and why? Again, I didn’t really dislike anyone exactly but the story I got the least excited to read when it came up was Rachel’s.  I liked her as a character but I didn’t gravitate and connect with her very much.  She seemed to be very set in her ways especially after finding the tape of Connor and Janie and she was so convinced about Connor that she didn’t let up at all.  Did it drive anyone else kind of crazy?  It also was getting a little annoying that she was that upset still after 25 years of Janie’s death.

What would you have done if you had found out the secret that Celia did? Did you agree with the way she handled it? What is the “right” thing to do in a situation like that?  I love the way Cecilia handled the secret that was let out by her husband.  She was able to eventually come to terms with it and I loved that she pulled away from him but didn’t leave him.  For better or for worse right?  Honestly, I would have reacted the same way if Andrew ever admitted something like that to me.  What good would it be to make him turn himself in but at the same time there’s that black cloud that is constantly looming over her.


Do you believe the bike accident was adequate “penance” for what John Paul had done? At this point now that it had been 25 years after the death of Janie, I think the bike accident was enough penance for John Paul to never forget the implications of his past.  If he would have been sent off and put away, it would have only hurt Cecilia and the girls more emotionally, financially, spiritually, etc.  Now John Paul had to have a constant reminder every day for the rest of his life with poor sweet Polly.


Did you like the resolution of the book? Did you feel there was enough closure?  I really liked the way the book was closed especially how they went into detail of where everyone could have been and how their lives could have looked if this happened or this didn’t happen.  It made me stop and think about what I do every day and how it could change things all the time.

Also side note, who else was getting annoyed by the Berlin Wall talk all the time?  I was constantly looking for a reason that was in there and NEVER FOUND IT!

Overall I loved the book.  I can’t wait to see how everyone else felt about it!