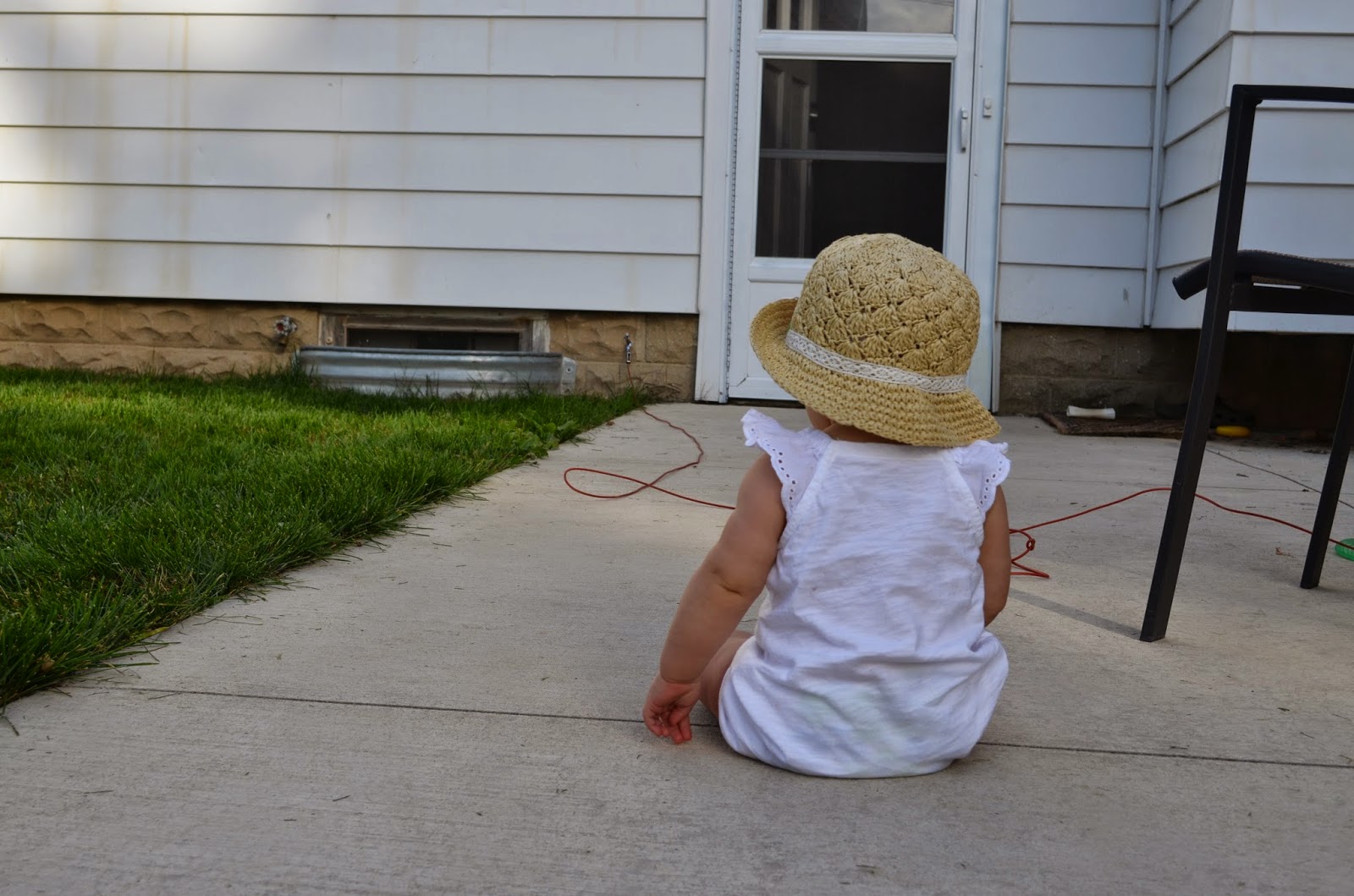 and now for a phone and camera dump-y kind of post.

i made these puppies last weekend and hung them over addison’s changing table.  they are working like a chaaaaaarm.  the minute i lay her on the table she is just amazed by them.  they are jusssst out of arms reach because when i originally put them up she yanked two of them down immediately so up they went. 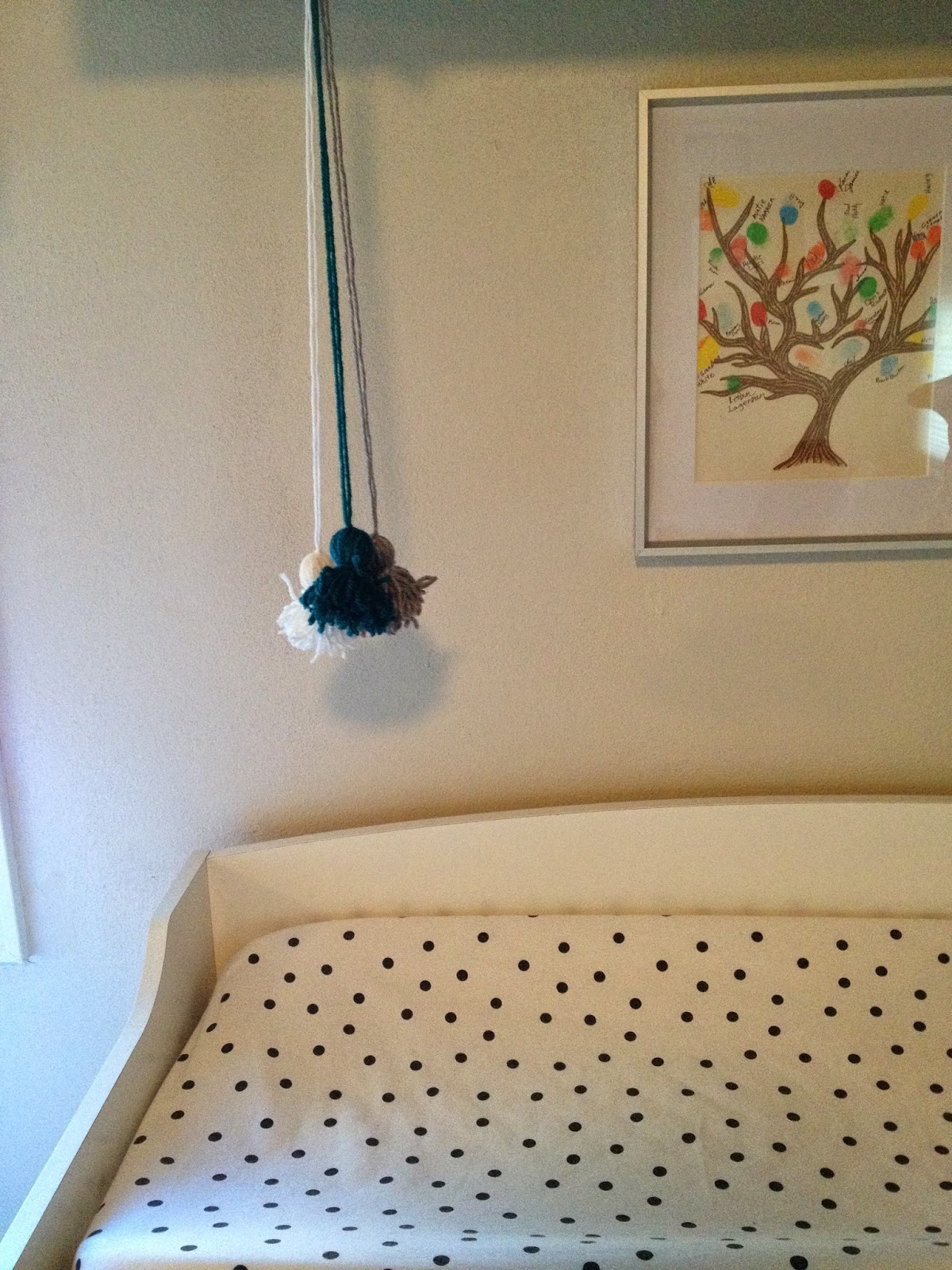 2. a girlfriend and i saw gone girl last friday and holy bejeezus it is so so so good.  i want to see it again. my book club picked this book months back and read it and as i was watching the movie, i am quite positive i never finished the book. i don’t remember half of it and especially the ending.  i need to read the book again before i watch the movie (again).  but honestly watch it.

but i don’t recommend taking your boyfriend with you or if you’re newly married, you might want to give your guy a heads up on what he’s getting into before you see this.  there’s your warning, take it or leave it.

3. in the meantime, addison turns eight months in three days and is she in a growth spurt ever. she took a nap the other day for three hours!  i mean i kept checking in to make sure she was breathing because my goodness i thought her giraffe blanket and lovey bear might have smuggled her. 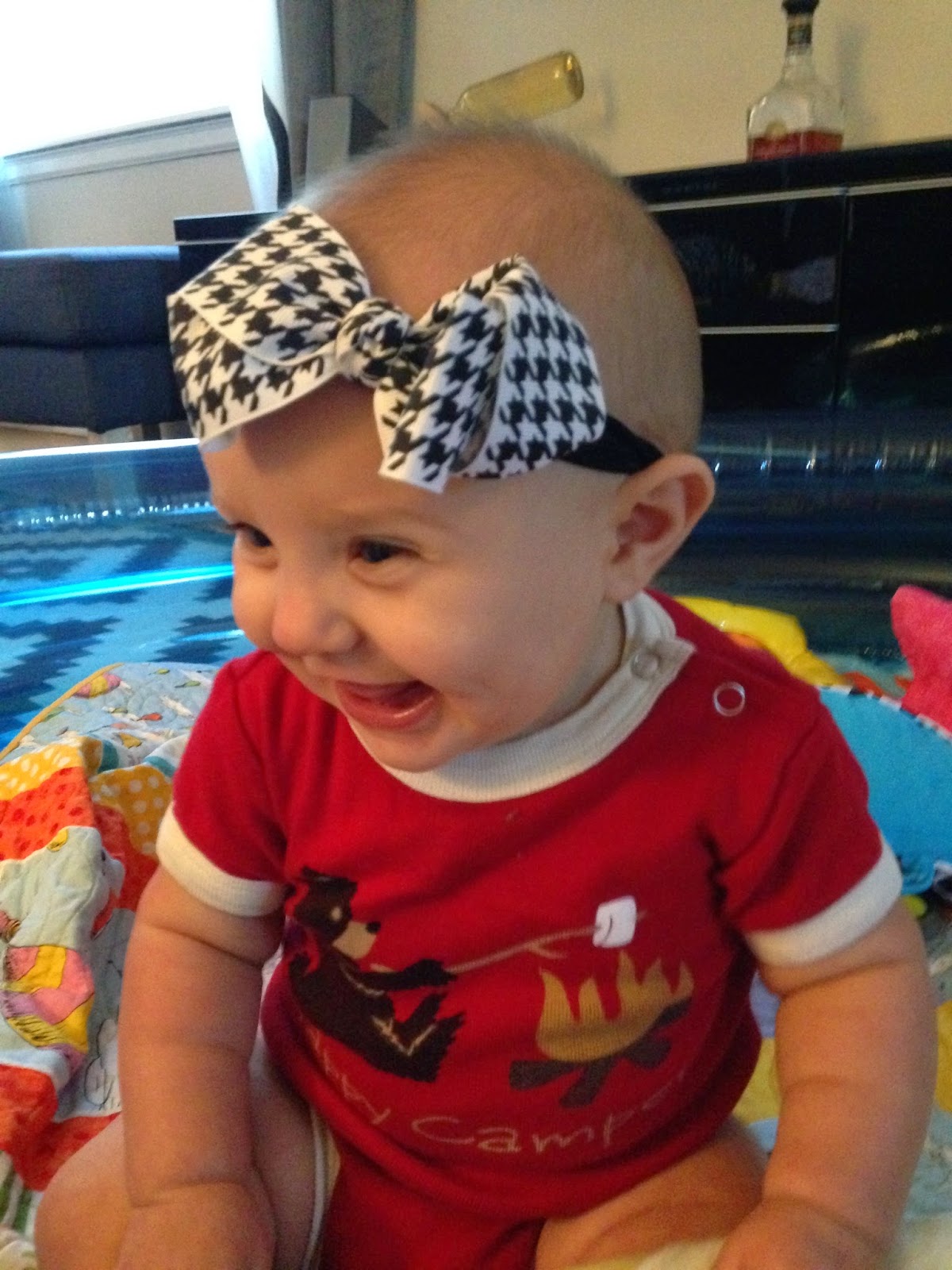 i’m literally obsessed with making food for her in the cuisinart food maker that i got. once i pull it out every veggie and fruit in sight gets chopped up into little bitty pieces and put into containers for lunch. a few weeks ago i was on a roll and went into the fridge and it was plum empty.  i couldn’t believe it.  i had chopped even my fruit and veggies for the week for lunches. it is addicting. 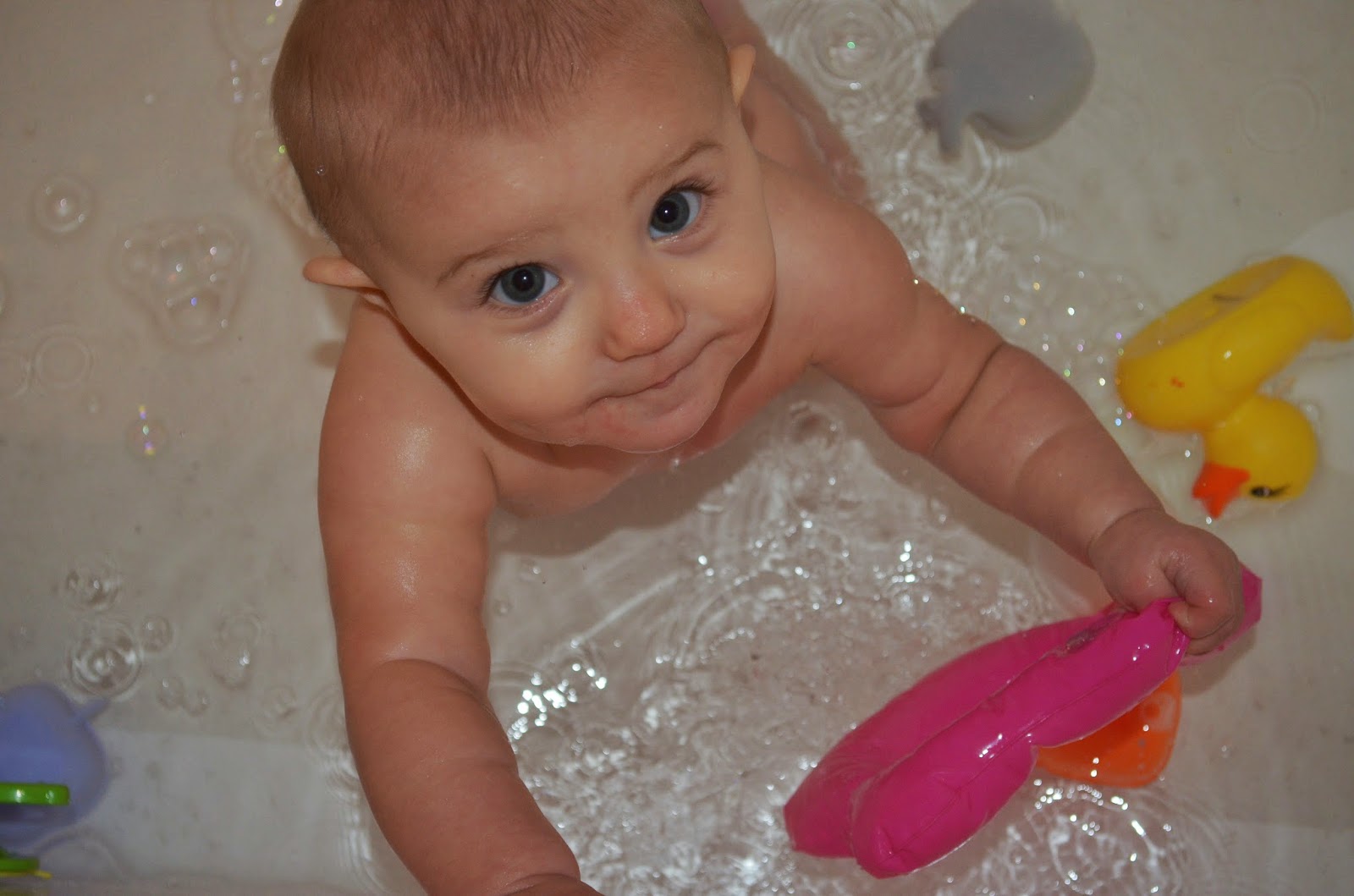 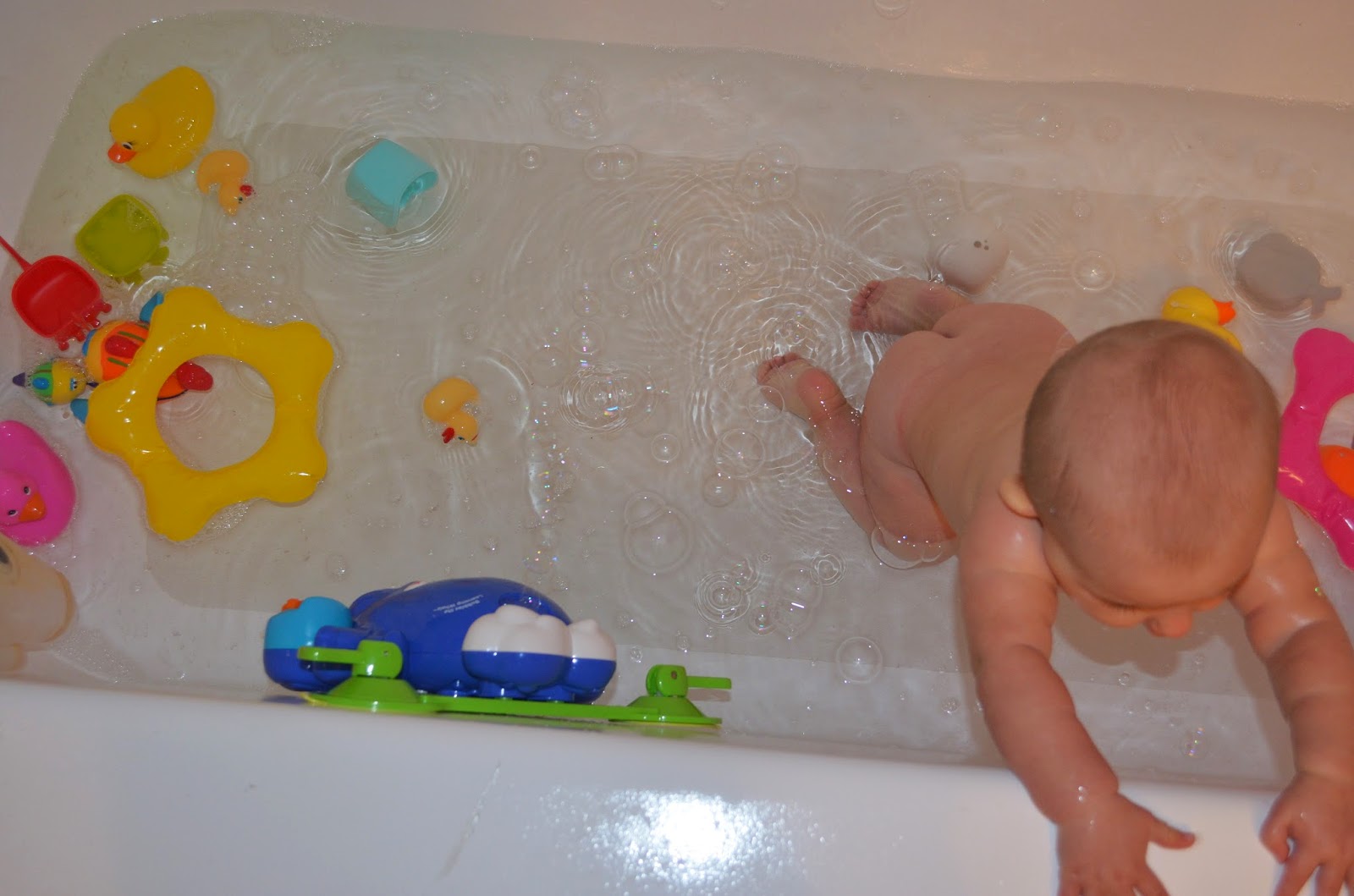 and she’s doing baths in the big kid tub these days.  i’ve never seen so many rubber ducks and bubbles in my life.  she eats it up like not other and could spend hours in the tub.

4. i want to talk about fall for a minute now. last weekend it was pushing 80 degrees and addison was dressed up in the cutest outfit that i prayed she’d get at least one wear out of when i bought it. 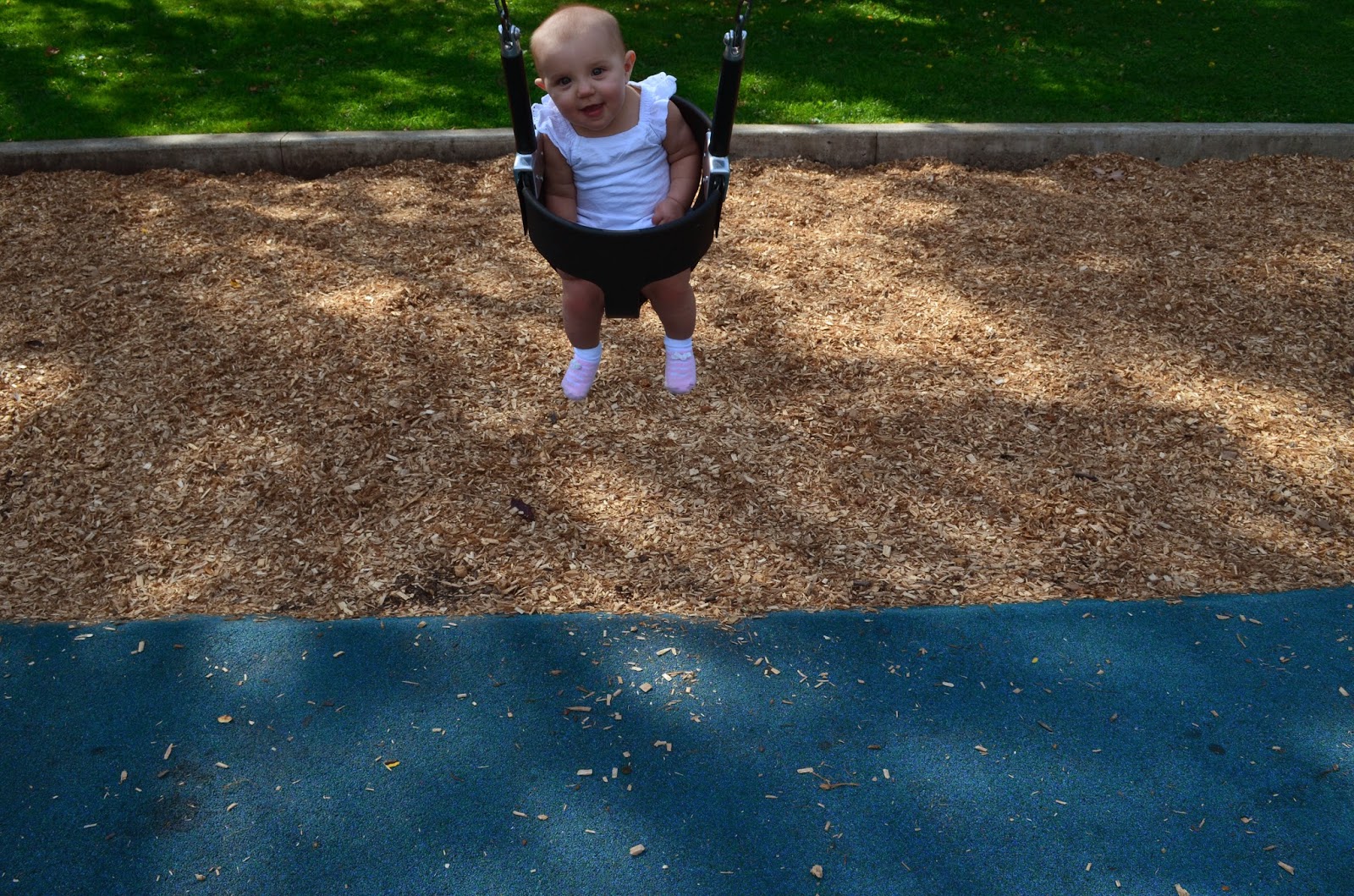 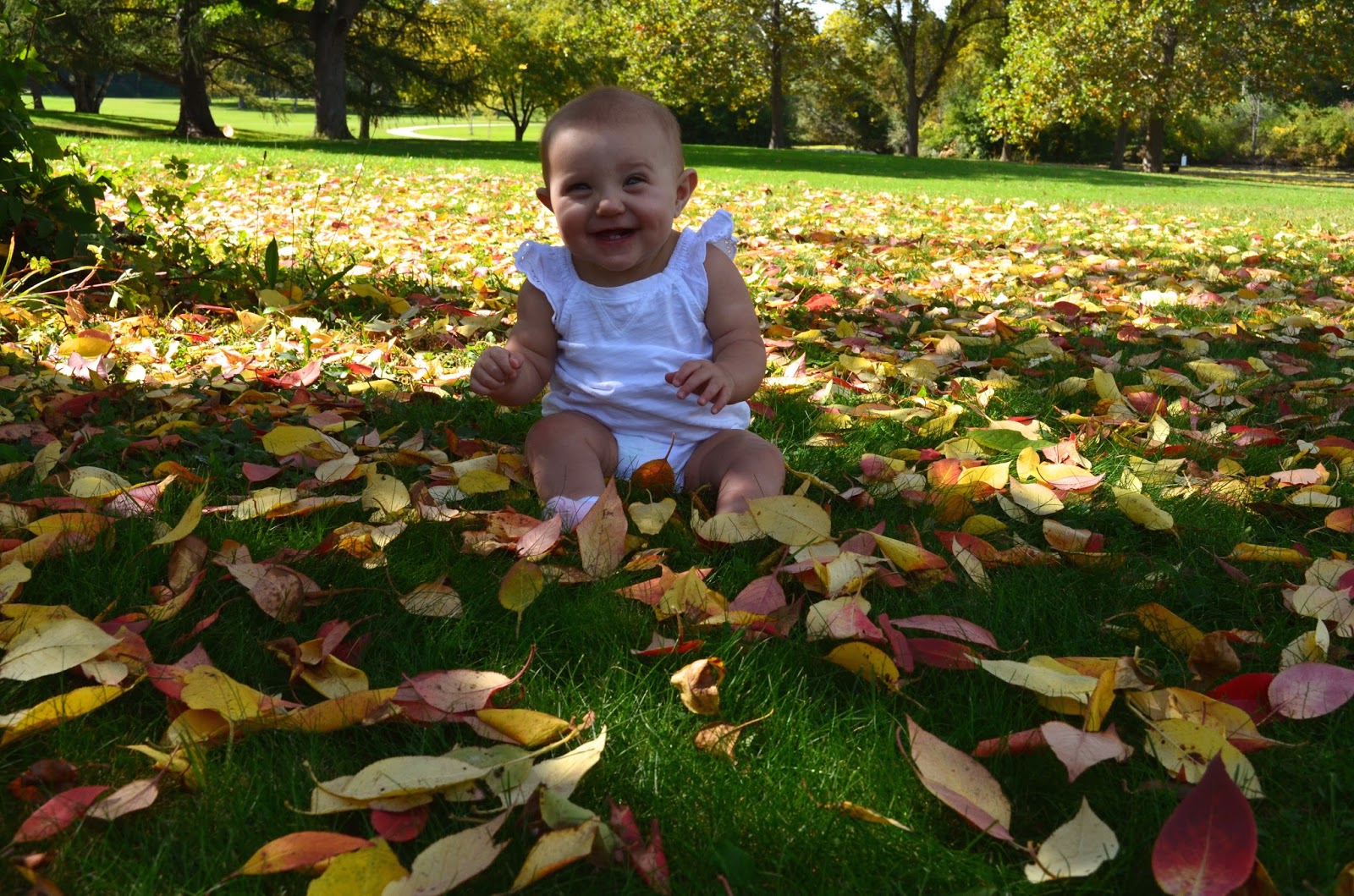 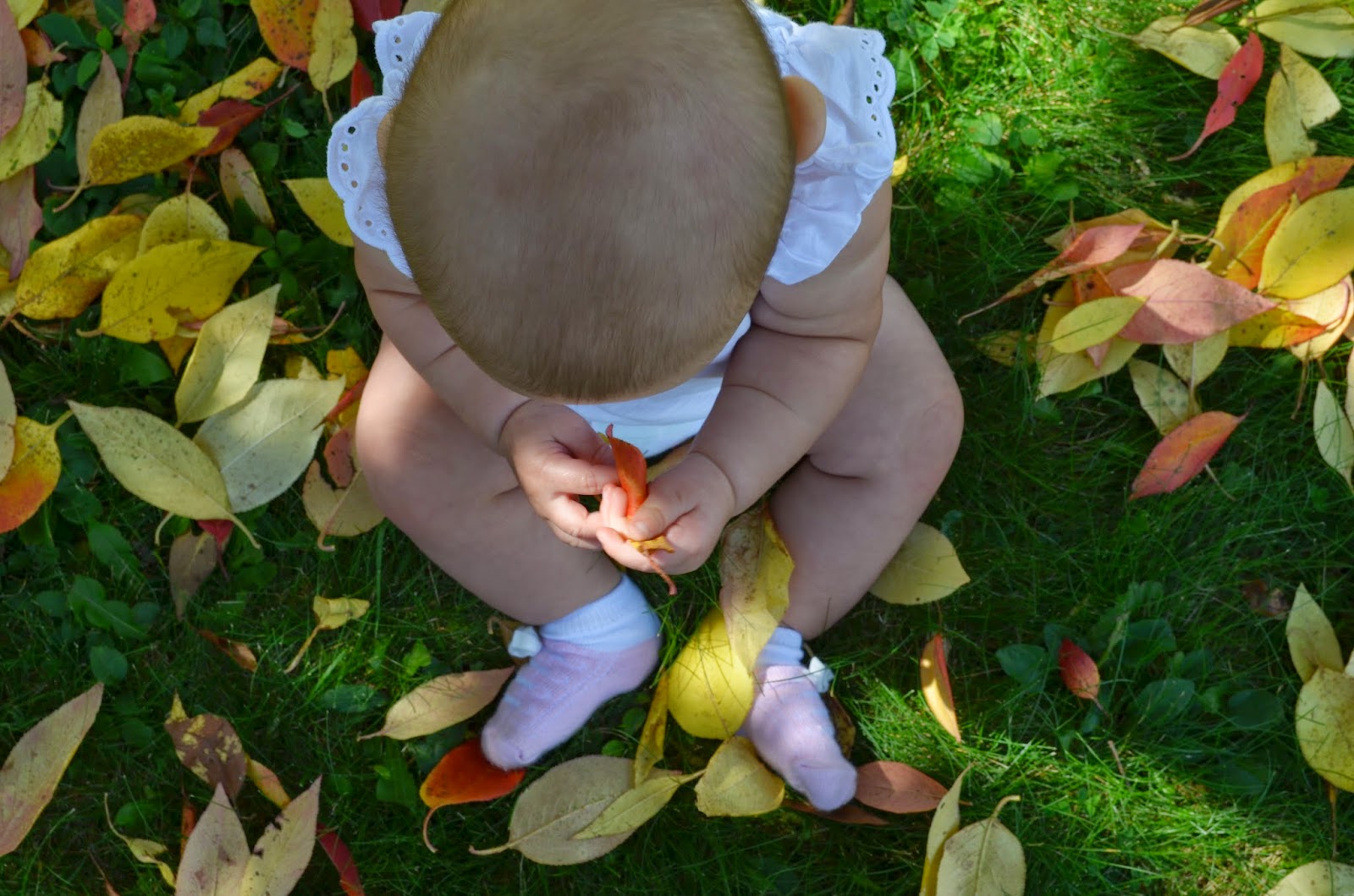 we went to the park for a little swing set action and then found the most magnificent tree with colorful fallen leaves on the ground for her to play with while i (remembering my nikon!!!) snapped some pictures of her.

this weekend? dreary and 45 for a high.  well, yesterday was at least.  today was actually pretty perfect weather but i was inside almost all day so i don’t count that one since i didn’t go out and enjoy it. 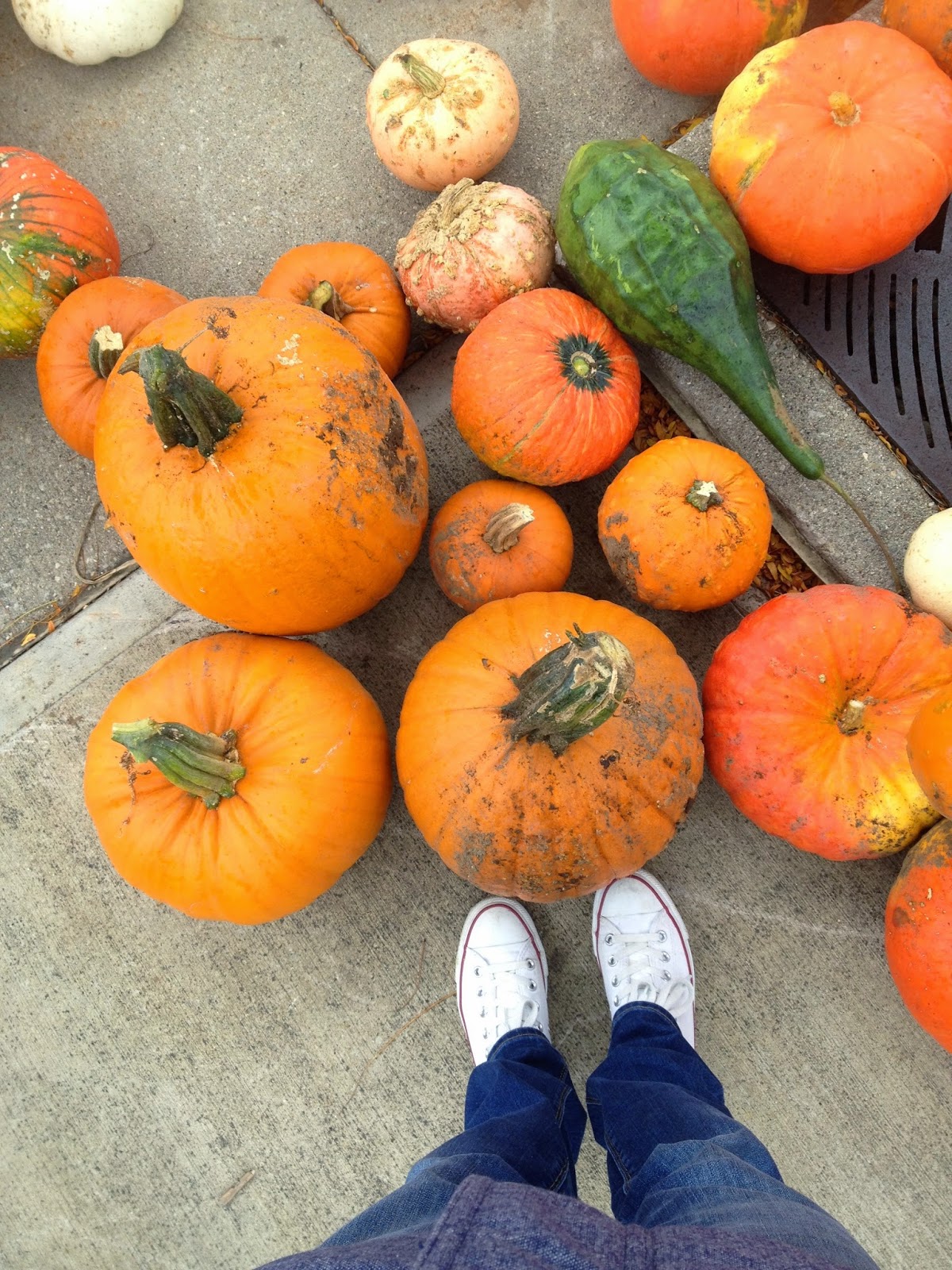 but even though it wasn’t ideal, i still made is over to the farmers market and it was stupendous. and it was with my dad.  so that was even better.

5.  i started the 21 day fix last week monday.  i’m loving it so far but i have to admit this weekend i pretty much cheated all weekend long.  plus when i moved on to disc two, the disc started skipping and i couldn’t do those workouts.

with my food and exercise setbacks, i’m turning it into a 31 day fix and praying to god i stay strong over these next three weeks.  i took a before picture so maybe(?) i’ll actually see results.

if it ends up being something i stick to, perhaps i’ll write about it.  let’s see if i finish this off though before seeing if anyone would be interested in me posting about the 21 day fix.

6. i never did a recap of the renegade craft fair.

actually this one isn’t going to be one either but i did find some terrific pictures on my phone with my girl shannon that i had to share. because it was seriously one of the best most fun days i’ve had all summer. 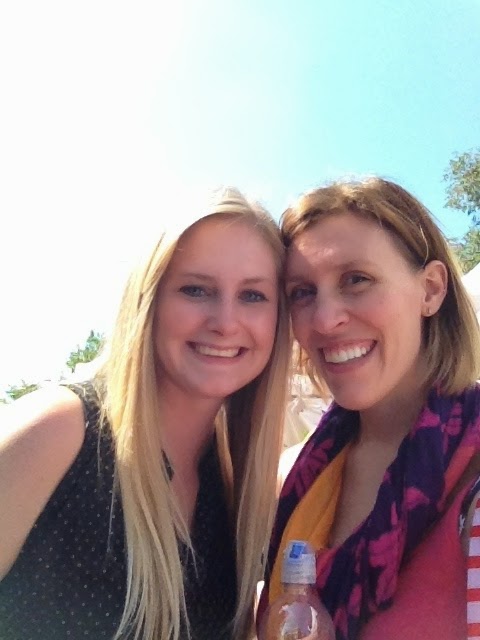 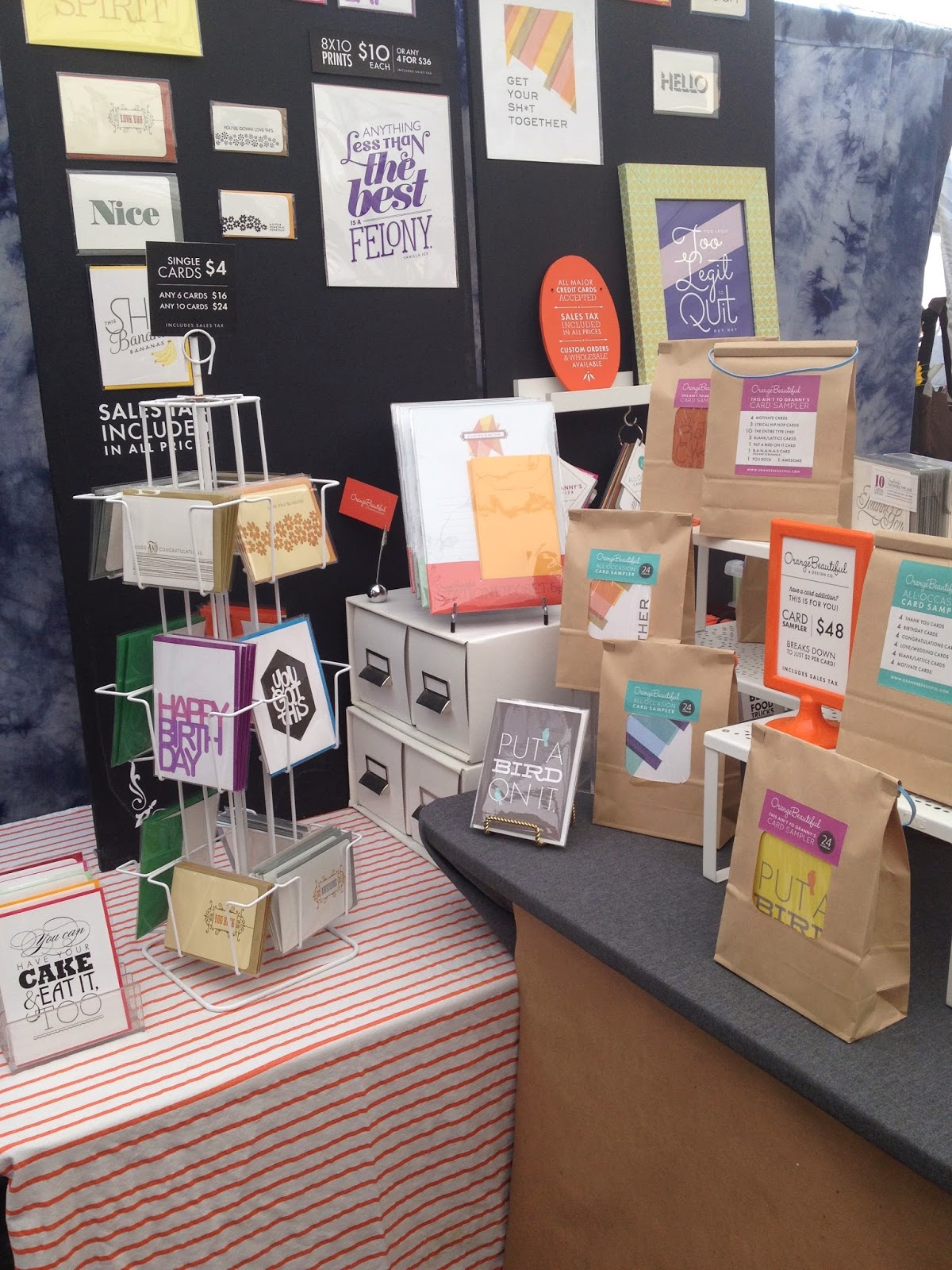 7. two week ago my sister and i went to sur la table and we made the most scrumptious food ever. 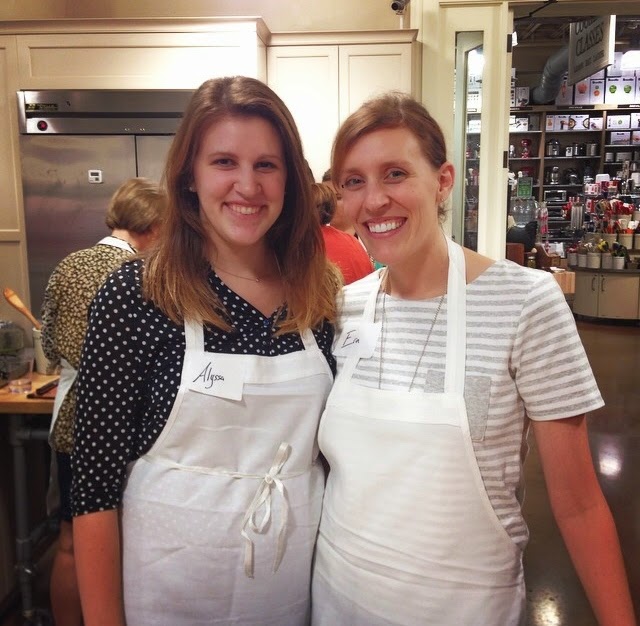 just wearing some aprons because you know…we cook these days. 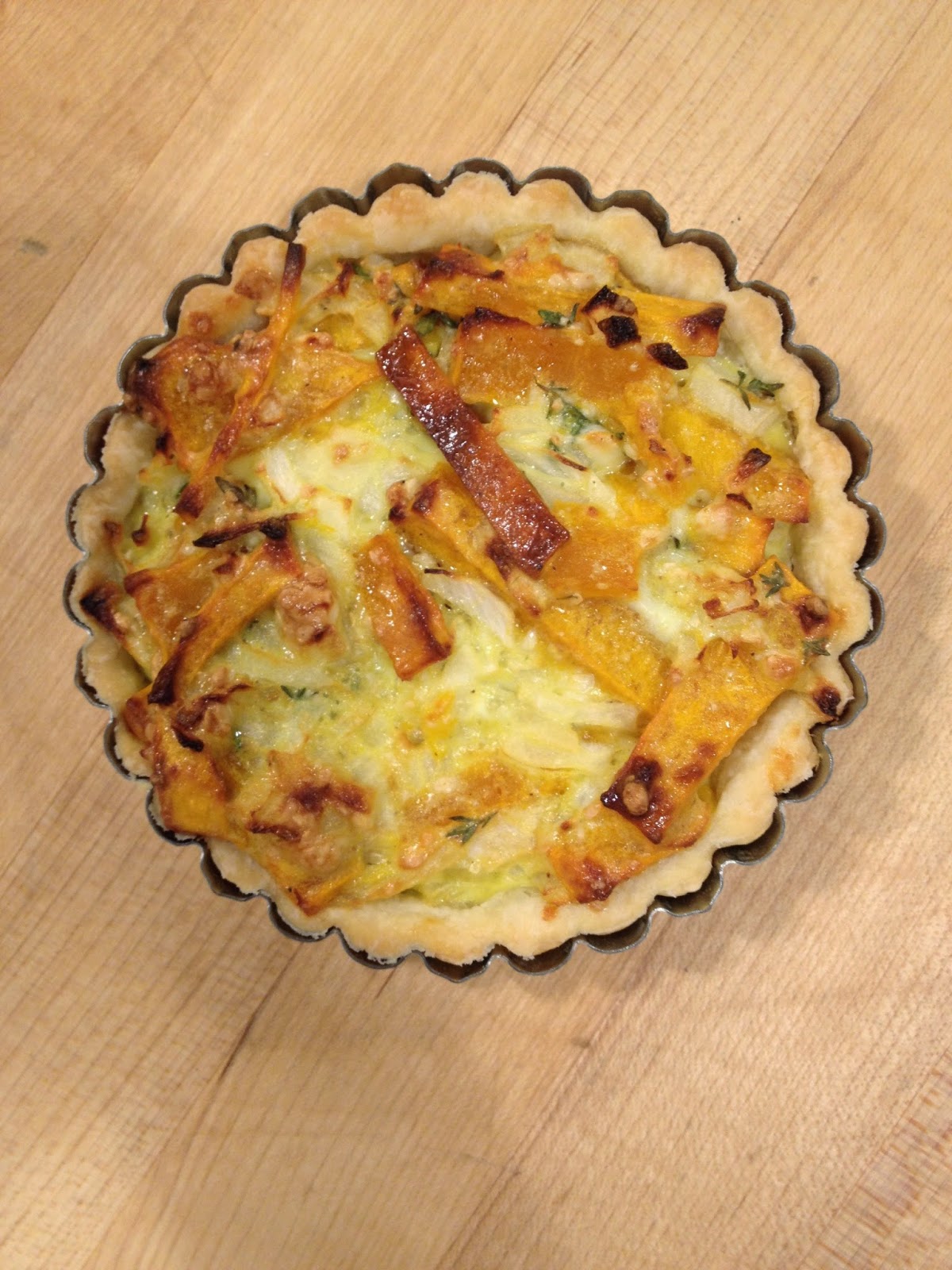 this butternut squash and goat cheese tart was out of this world. 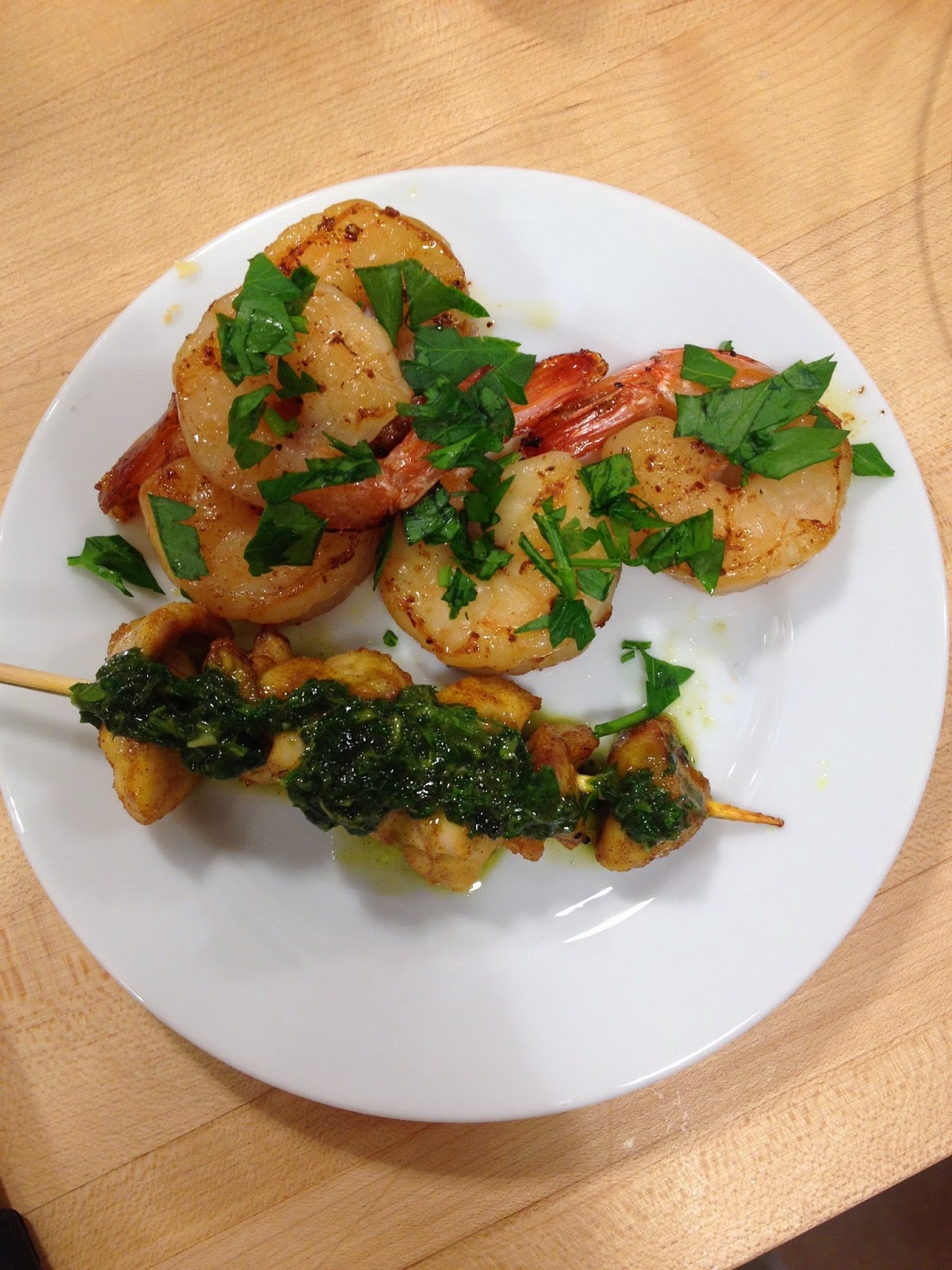 and these chicken skewers.  and shrimp with cilantro sauce on top. it was all so so good. of course i say i’m going to make these again some day but really?  who are we kidding?

8. here’s a bunch of random tidbits too.  this bag right here? 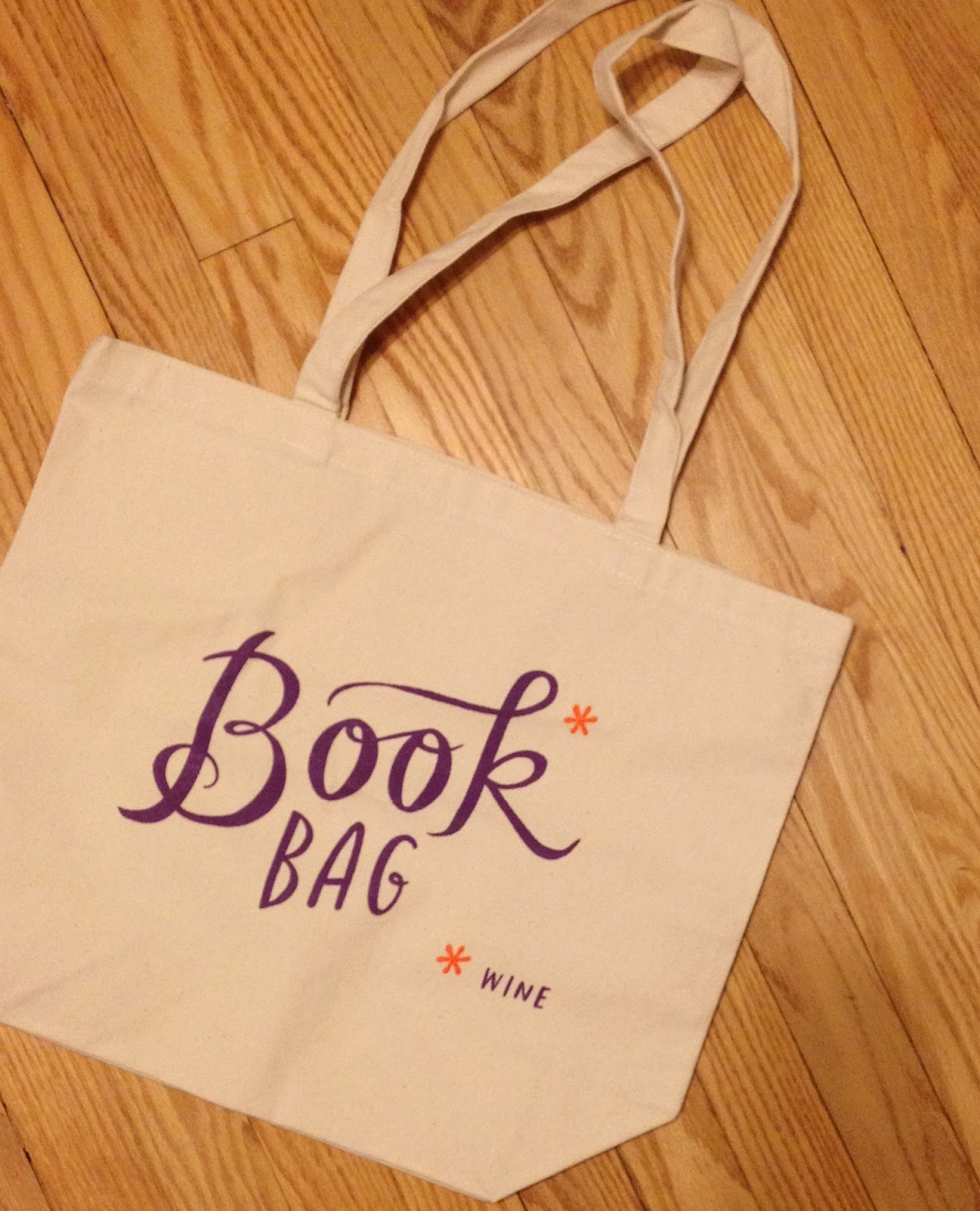 my sister found it after cleaning out her closet and realizing she didn’t give it to me for my birthday. is it not the greatest bag ever!?

i had the pleasure of having a movie night with one of my girlfriends and her pup and he was just a love.  jack was trying to figure him out the whole night and elvis had some trouble settling down because he didn’t have a landing spot (aka bed) but we managed to make do. 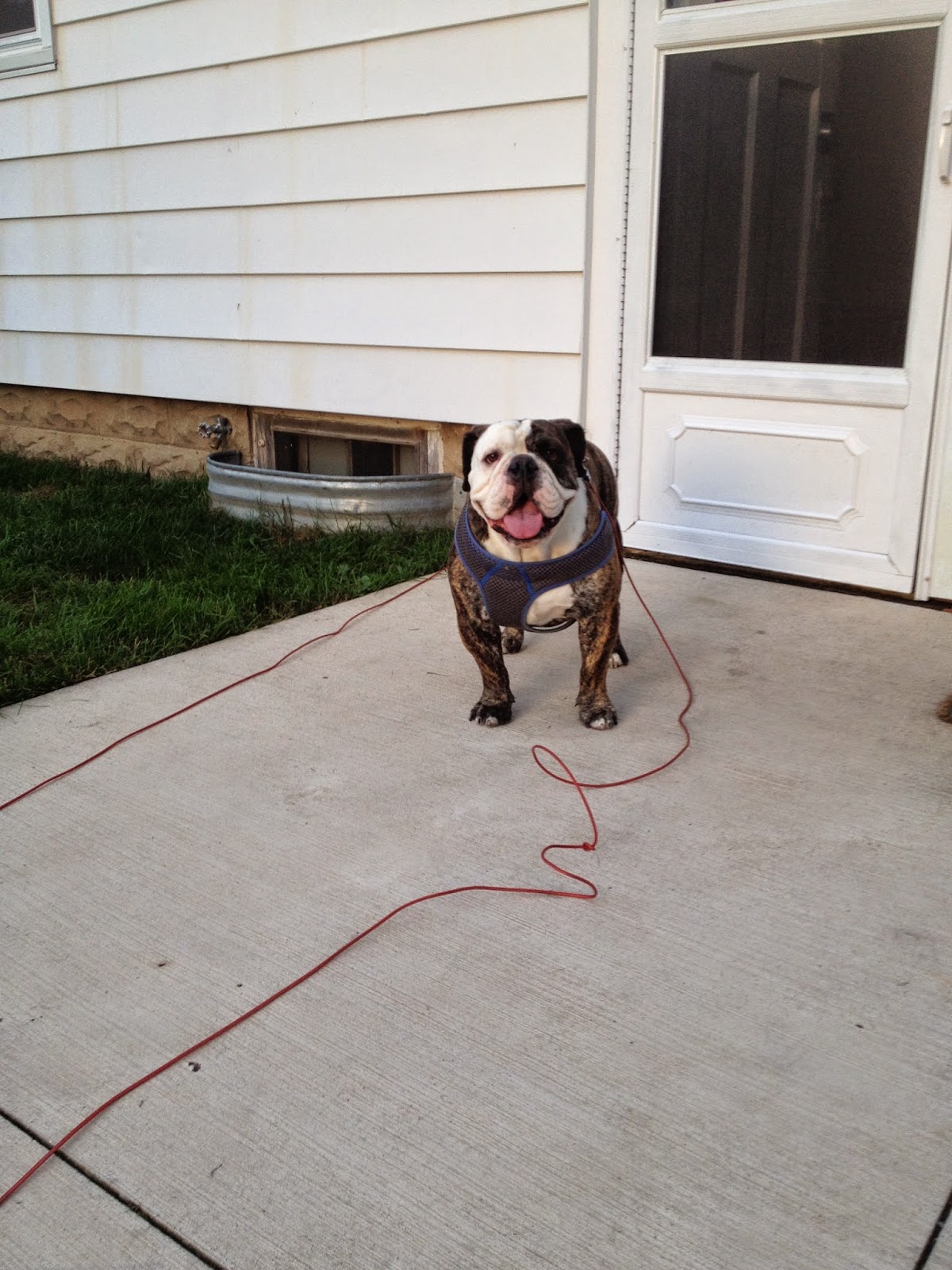 would you look at that face? 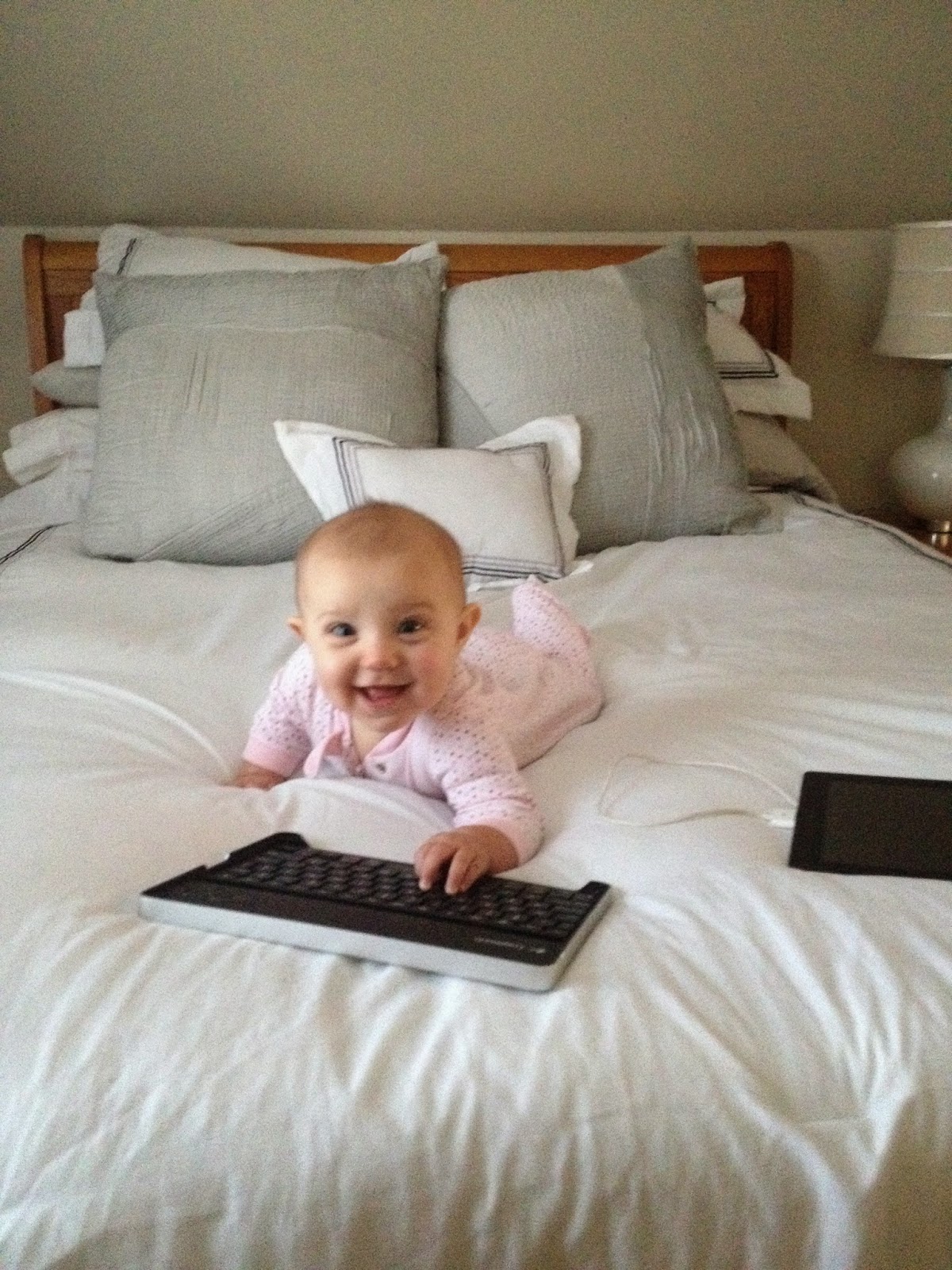 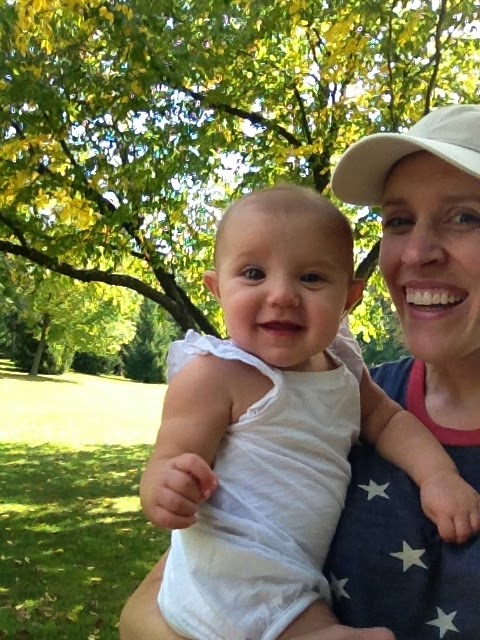 we’re mastering the selfie, one park visit at a time.

and now i am out of photos! we made it!

i’m pretty sure i’ve met my addison picture quota for the year.